Does Xenoblade Chronicles Live Up To Its Hype?

Xenoblade Chronicles does live up to its hype. However, that does not mean it's the perfect RPG
by B. Chambers

The Bottom Line Up Front:  Ten hours into my Xenoblade experience, I was convinced it would be the best Japanese Role Playing Game I'd ever played. Unfortunately, after 100 hours of play I became intimate with its shortcomings and the many game design choices that would annoy me in my latter hours of play. In the end, I felt the game introduced so many things I love about RPGs, but then curbed my enjoyment with design choices that encumbered these elements. Humans and Machines are at war, fighting a perpetual battle inspired by the gods of each race. You play as the humans. I don't want to summarize any more than that for risk of some very awesome plot spoilers.

Those of you who play RPGs primarily for the story will probably find Xenoblade to be a mixed bag for most of the game. The plot is interesting and the delivery does a solid job of keeping you guessing as to what mysteries are going to unfold next. I felt the unfolding took a bit too long as I started to fatigue from 100+ hours of play. However, if you have the strength, hold on until the end. The ending, in my opinion, made up for all of my gripes about slow pacing and uninteresting characters over the course of the game. I even grew to love the main character, Shulk, whom I thought was absolutely boring for 85% of the storyline.

I absolutely loved all three of these mechanics and felt Xenoblade handled them perfectly. Unfortunately, the game designers saw fit to limit the player's ability to level by scaling how much experience points and ability points one could earn in battle based on the characters' levels. The purpose of this limit is to stop players from becoming completely overleveled too early in the game. The problem with the encumbrance is that it's too strict. I enjoy questing, exploring and character building more than anything in RPGs. However, what I found was a game that heavily limited my ability to do this without progressing the story. It forced me to play in a way that the game deemed appropriate instead of giving me the freedom to level at my leisure. Is this a flaw? Absolutely not. It's merely my reaction given my preferred playstyle. 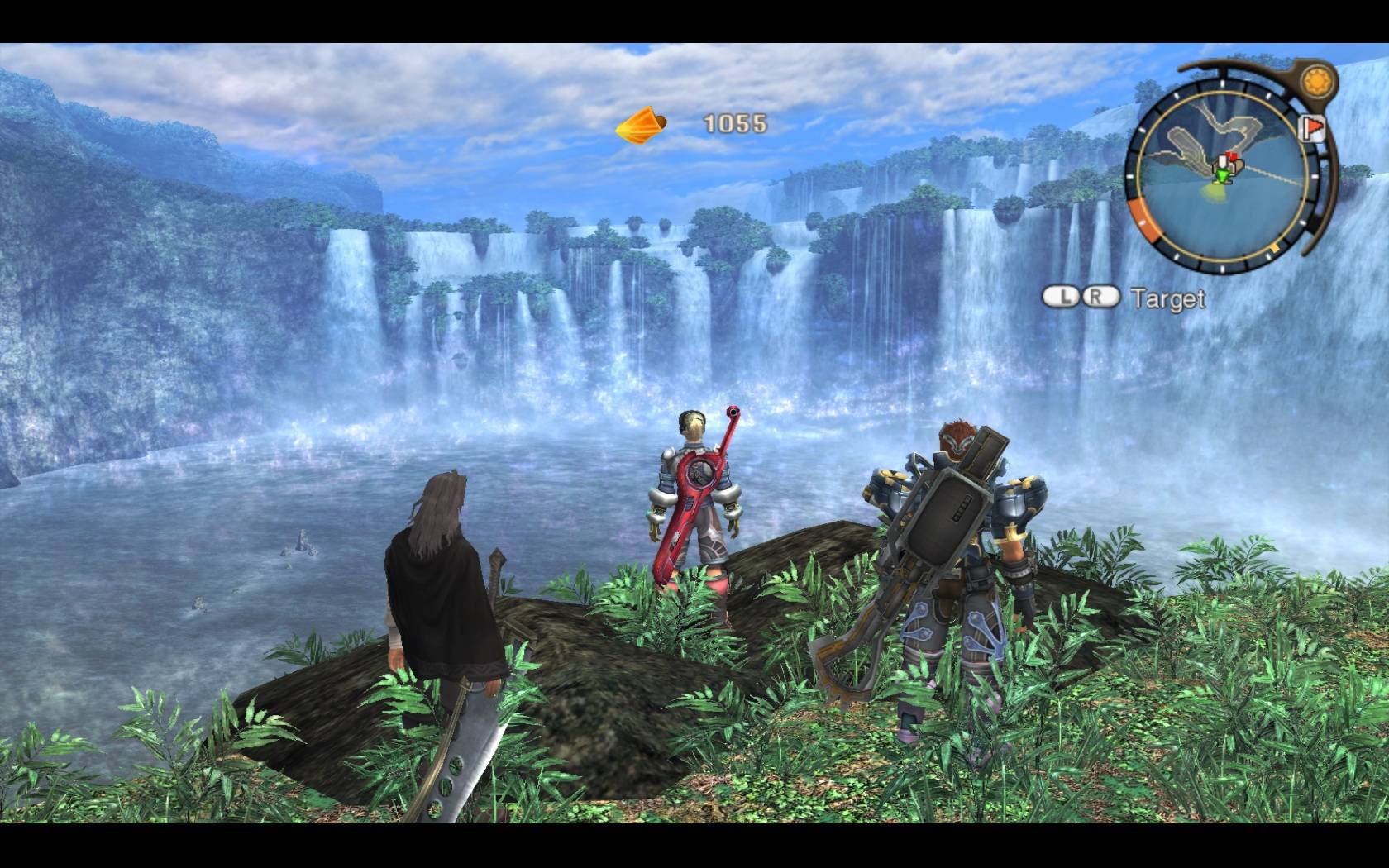 Xenoblade Chronicles' world is huge. If you are an explorer, Xenoblade will give you a lot to love. The designers smartly saw fit to litter the world with elements one can use to complete an item encyclopedia which gives you rare items as you complete its sections. You can also use the more rare items you find on the map for trade with NPCs to help you get more money and better loot as you progress through the game.

On top of all this, there are secret locations that often have great treasure or minibosses to fight. Further, every location you find yields you experience points to help level your characters. In short, Xenoblade is an explorer's dream come true with a huge world to explore and great incentive for the player to do so!

The action and tactics in RPGs center around the combat system. I believe Xenoblade's combat system is going to affect all players in one of two ways.

First, if you love managing every intricate detail of battles to include:

Then, you will probably love everything about Xenoblade's combat.

However, if you're like me, and everything I mentioned above sounds like a micromanagement nightmare, then be prepared to become increasingly more annoyed with the combat system the further you get into the game.

Xenoblade's combat requires a ton of mental agility to be successful. Further, the tactics you need to employ are not overtly intutive as evidenced by the very lengthy tutorials, the host of online FAQs and very detailed special move descriptions in your menu. Becoming a solid combatant requires a solid dose of trial-and-error (which I hate). Strangely, I felt like I would have really enjoyed Xenoblade's combat if it had been turn-based (which sounds really weird coming from someone who prefers Action RPGs) Xenoblade Chronicles is the single best video game soundtrack I've ever heard in my entire life. In fact, I'd put this soundtrack up against many straight up music albums I've heard in my life. It's that great.

Xenoblade won't win any awards for aesthetic realism, but it's very beautiful in terms of artistic style (aside from the horrendous looking armor sets).

You completionists out there will have about 160 hours of main and sidequesting to do. Xenoblade also has a built in achievement system for accomplishing specific tasks.

My playthrough came in at around 110 hours. Most non-completionists will probably clock in somewhere around 70hrs. While completionists should expect to log close to 200hrs.

As I said before, I absolutely believe Xenoblade Chronicles lives up to all the hype that surrounds it. I even find it strange that the Wii was able to pull off a game like this. But, should you run out and buy it? If you love Japanese RPGs and if you can stomach some trial-and-error and occasional limited freedom to be creative in battle I can't see why not.

Our Rating
8
Xenoblade Chronicles does live up to its hype. However, that does not mean it's the perfect RPG