Every game on this list is well worth playing - so get to it!
by GameSkinny Staff

I’m Jay from GameSkinny, and these are the Top 5 PC games of 2013. The video above directly reflects the text below, so pick whichever medium you prefer.

Keep in mind, these are my own opinions. So feel free to disagree.

BioWare released the original Baldur’s Gate 2 back in 2000, but this year, the game received an awesome enhanced edition rerelease courtesy of Overhaul Studios.

The enhanced edition of this classic isometric RPG features sweeping fixes, an impressive UI overhaul, 4 new characters with their own fleshed out stories, 5 new interesting class kits, an upgraded multiplayer experience, widescreen support, as well as a much need quickloot system.

With a deep and engaging story, over 40 classes, a memorable cast of characters, and amazing voice acting talent (including Jennifer Hale), this well written and expansive 150+ hour journey through the Sword Coast is just as impressive and unforgettable as it was 13 years ago. But now it’s better.

Bioshock Infinite has been one of the most talked about games of 2013, and for good reason; there is just so much to talk about. The stunning city of Columbia, the complex narrative, the expert voice acting, the character development, a thought-provoking ending, fun upgrades, gratifying powers, nostalgic DLC, and an incredible soundtrack: Infinite is a whirlwind experience that balances gruesome combat, deft storytelling, and believable characters. There is a lot to love, including an old-timey cover of Tainted Love.

When Hearthstone was first announced at PAX East this year, most people thought it was a joke. I remember people walking out of the announcement panel muttering curses… Now, however, the dangerously addicting collectible card game has taken gamers by storm. While it is still in Beta, Blizzard’s latest entry is simple, fast, fun, and one of the best casual games I’ve ever played. Perfect for a one or two game break from work or a several hour arena binge, Hearthstone delivers a deeply satisfying free-to-play experience that requires no previous knowledge of the Warcraft universe.

Born from Kickstarter, Shadowrun Returns revisits one of the most interesting fictional universes out there. Shadowrun is home to a futuristic cyber-dystopia where magic has awoken and Orks, Trolls, Dwarves, and Elves all exist alongside humans. The resurgence of magic means that all these humans and metahumans will be running around the underbelly of a techno-wasteland Seattle shooting shotguns and fireballs, casting shamanistic powers, summoning elementals, jacking into the matrix, and programing combat robots.

Combine all that with excellent writing and a gritty hard boiled detective story and you have one hell of a game as long as you can pardon the antiquated checkpoint system. Shadowrun Returns also features an extensive level editor which has opened up an active and creative modding community full of great user-generated content. Besides, it’s basically cyber-punk Tolkien, and that is awesome.

2. Amnesia: A Machine For Pigs 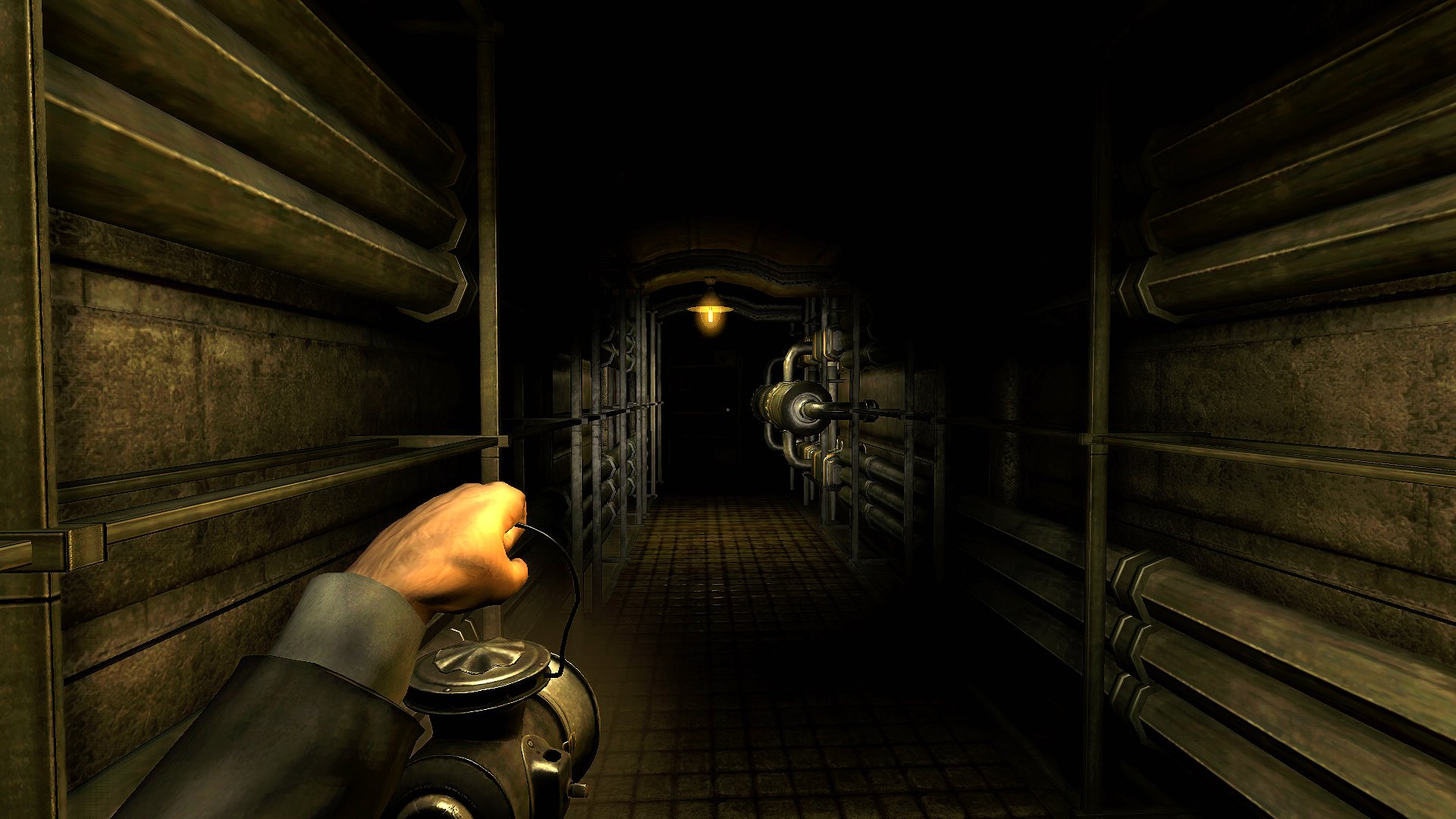 While The Chinese Room has received a lot of flak for some gameplay choices in Machine For Pigs, this is still a remarkable game. With less jump scares than its predecessor, Dark Descent, Machine For Pigs relies on powerful writing, bowel-emptying chills, and one of the most impressively immersive atmospheres gaming can offer. Industrial sci-fi, Lovecraftian mysticism, and elements of the supernatural all blend to create an experience focused on slow and roiling horror rather than aggressive jump scares. At its best, Machine For Pigs is contemplative and terrifying in a way that other horror games should aspire too. That’ll do Mandus, that’ll do.

While Outlast might have had the best scares of 2013, MFP’s superior story and art direction will outlive Outlast.

If you play video games, play Antichamber. If you don’t play video games, play Antichamber. This first person puzzle game might appear simple in screenshots, but no screenshot can convey the full experience. You will get out of your comfort zone, you will rethink how you move and interact with digital space, and you will love banging your head against the wall trying to work through the puzzles. Honestly, I’m more tempted to call the obstacles riddles instead of puzzles, because solving each riddle feels more like an exercise in deep critical thinking instead of just trying to make the mechanics work for you.

The puzzles will force you to slow down, approach obstacles from new directions, and change your perspective - often literally - in order to proceed. And after playing you’ll notice you bring these critical thinking tactics into the way you approach actual problems in your real non-virtual life.

Antichamber rewards curiosity and problem solving with a feeling of accomplishment and, more importantly, a feeling of intelligence. When you bend your mind and think outside the box to solve Antichamber’s riddles you get an incredible rush. It makes you feel like a damn genius because your own smarts and moxie are the only reason you progress. There is no handholding here. Antichamber is filled to brim with complicated non-Euclidian geometry and level design that would make M.C. Escher salivate. It’s up to you to sharpen your mind and go figure it all out. I cannot recommend this game enough and that is why this is the number one PC game of 2013.

Agree or disagree with this list? If you have a positive or negative response to anything in this video/post, put it in the comments section or go bug me on Twitter @ZacaJay.