It's time for Rockstar Games to bring some color and imagination back to the Grand Theft Auto series.
by Jared Elliott

There's no question that the Grand Theft Auto series is monumental in more ways than one. It literally created the sandbox genre, influencing countless titles that followed in its wake, from Just Cause to The Elder Scrolls. Despite its popular and cultural eminence, however, it seems as though the series has gotten a bit drab over the years.

Liberty City and San Andreas are sprawling, beautiful representations of New York City and Los Angeles, yet these cities, both in-game and in the real world, are more-or-less similar at their foundations - skyscrapers, highways, overpasses, and plenty of people to go around.

Grand Theft Auto: Vice City stands out from the crowd with its vibrant 1970's Miami motifs. Since Grand Theft Auto III, Vice City stands out from the crowd both visually and thematically. The cars, clothes, radio stations and even the HUD betray a certain charm that has sadly gone unexplored ever since Vice City hit the scene, with Rockstar Games instead favoring the more modern, less imaginative environments of the east and west coasts.

It's time for that to change, because frankly if the series is getting boring. Any sandbox game relies on the imagination of the player to be enjoyable. In other words, when the whole world is your oyster, your imagination, curiosity, and freedom are the collective impetus for exploration and, ultimately, immersion.

When I play Grand Theft Auto IV or V, I can't help but feel as though something is too typical about the experience. With a few extra dollars in my wallet and some time to kill, I can literally fly to New York or L.A. and experience them as they really are. Of course, I can't steal a helicopter and crash it into the Statue of Liberty -- but why would you want to? 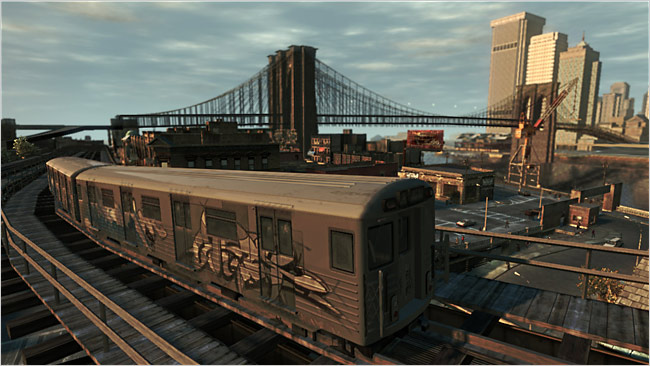 Another thing that I certainly cannot do is visit another time. Traveling to 1970's Miami would be as much of a history lesson as it would be a journey. Imagine walking down the street and seeing all of the funky clothes, hearing the classic music of the day, and snorting lots of coke in the back of a shady strip club - you know, experiencing a time and a place that I can't experience in real life.

That's the beauty of games. You can experience a world that can't be experienced anywhere else. Sadly, Rockstar Games seems to have forgotten or disregarded this altogether. Sure, tasting the grit of Compton and Queens are memorable experiences in and of themselves - but there is something expressly typical about them. They are simply representations of the world as we know it today. Where's the imagination? Where's the charm? For a series that relies so much on characters to tell its stories, it seems like a slip on Rockstar's part to establish characters which are ultimately caricatures of people I've actually met in real life. Where's the fun in that? I would much rather hear the story of an outlandish mobster or a drug kingpin who lives in the proverbial ivory tower, surrounded by neon lights and nostalgic charm.

Grand Theft Auto has lost its color, opting for the grays, blues, and browns of densely urban environments where, after a few hours, everything looks mostly the same.

That's why it's time for a Vice City remake. Bring back the vibrant environments and the soul of Grand Theft Auto along with it! I want desperately to be surprised by Liberty City and San Andreas, but the experience is so true-to-life that it reaches the point of banality sooner rather than later. A crazy person here, a unicycle there, Ford and Honda ripoffs abound -- it's essentially a walk through my own neighborhood. And trust me, that gets old quickly.

Which game in the Grand Theft Auto series would you most like to see remade? Let us know in the comments!