What the next Pokemon game needs to be successful

The Pokemon Company needs to step it up if they want the next mainseries game to mirror the success of Pokemon X and Y.
by Autumn Fish

With 2015 finally waning, the dawn of Pokemon's 20th anniversary lingers just beyond the horizon. Fans around the globe are anxiously awaiting the announcement of the next main series game, heavily implied to be the alleged Pokemon Z. However, if The Pokemon Company aspires to retain the fanbase they earned through the course of Generation 6, it needs to conclude with a bang.

Everything the next Pokemon game needs to include to be successful

Pokemon X and Pokemon Y pulled in droves of old and new Trainers alike. The 3D visual upgrade and limited character customization enamored millions of players with an unprecedented experience.

Since then, Pokemon Omega Ruby and Pokemon Alpha Sapphire glorified the beloved Hoenn region in wonderous 3D. Despite The Pokemon Company's best efforts, the two remakes struggled to live up to the hype. What's the point if you can't personalize your character anymore?

The ability to personalize your trainer brought Kalos to life. Waving it off as a Kalos region exclusive is, frankly, dispiriting. Exclusive mechanics are ordinarily more connected to the region itself than the perceived culture therein.

Clothing and haircuts are not restricted to Kalos, unless you mean to inform me everybody catches the S.S. Anne to get a trim. Character customization needs to be included in the next Pokemon game, whether we're traveling back to Kalos or not. Allow us our choice of skin tone, eye color and hair color rather than a handful of presets, and you'll hear no complaints from this neck of the woods.

Let's face it, the "Champion's Journey" plot is ancient at this point. How many times have we set out on an adventure to collect 8 Gym Badges only to have it inturupted by evil "Team What-cha-ma-call-it"? And how many times have we foiled the evil teams' plans following the aquisition of our 7th Gym Badge?

Pokemon Coliseum diguises the most memorable and compelling plot in Pokemon as a "spin-off" game. It manages to send the player on an enthralling adventure without so much as a mention of the Pokemon League.

And please, for the love of Arceus, bring post-Elite Four content back to the 6th Generation. Even simply increasing Pokemon levels every time the credits roll would do a lot to artificially extend the game. Though a new region, even without the Pokemon League, would make for a perfect post game. 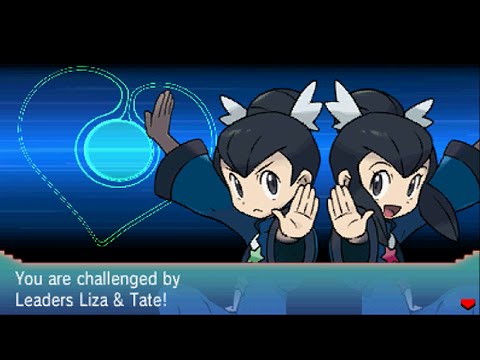 Another mechanic that makes Pokemon Coliseum feel so fresh are the consistent Double Battles. Every trainer you encounter in the Orre region battles with two Pokemon at a time.

There needs to be more than just a handful of Double Battles sprinkled into the next game. In fact, we would love a mainseries Pokemon game to revolve around Double Battles.

Everyone knows how to handle themselves in Singles -- we don't need yet another game based around it. Please grant us the opportunity to organically discover Double Battle tactics while playing through the main game.

Tate and Liza from the Hoenn region offer the only Double Battle available in the entirety of the known Pokemon League, and it's an exhilarating experience. Imagine the thrill of defeating the Elite Four and the illustrious Champion in a Double Battle! The Battle Frontier was the pinnacle of "PvE" battles in Pokemon Emerald. Many fans hoped that it would rematerialize in Pokemon Omega Ruby and Alpha Sapphire, likely due to reappearances in Pokemon Platinum and the remakes Pokemon HeartGold and Soul Silver.

Instead all we got was an underwhelming Battle Resort with some move tutors and a new Day Care...oh, and a monument representing the fabled Battle Frontier. There is no misery quite like the sight of a succulent turkey dinner that lay just beyond your reach.

The Battle Frontier bears resemblance to an advanced "Pokemon League", and packs dozens of hours of extra content into the post game. Throw the Move Tutors and Day Care Center back in, and we'll be graced with the "hottest battle spot" the 6th Generation has ever seen. For 20 years The Pokemon Company has stuck to their trusty tried-and-true formula with mainseries titles. It's about time they shook up the Pokemon formula a bit. What staples would you like to see revamped for the next Pokemon game?

Join the conversation in the comments below!

Keep an eye out for the latest news on GameSkinny's very own Pokemon Page as the inevitable game announcement approaches.