Gigantic's Surprise Twist to the MOBA's

With excellent graphics and animation, Gigantic offers a new twist to MOBA's.
by Christine Messere

Parting from the usual MOBA's, startup developer Montiga brings Gigantic to the table.

Gaining it's name Gigantic from Map 1, The Temple of Mist, Gigantic has amazing graphics and animations.  More recent MMO's, Guild Wars 2 and Wildstar, have used similar mechanics.  Adding them to Gigantic has definitely paid off.

The game is fast-paced, pitting bull hero Lord Knossos against Tylo the Swift.  A lot of the characters in Gigantic demonstrate different styles of play.  Every hero has different attacks and abilities. 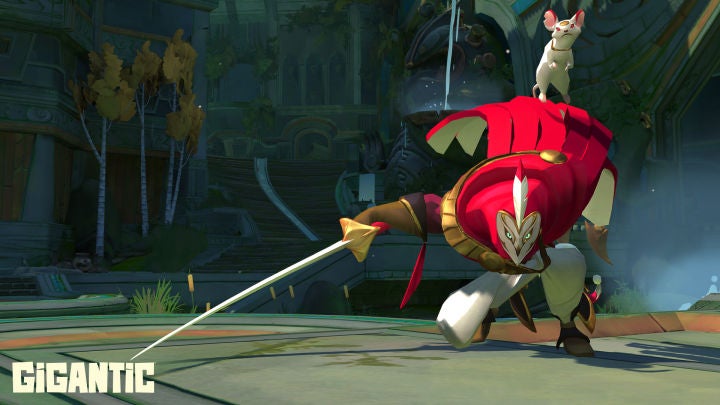 The keyboard controls work great.  Two of the abilities are used by tapping "Q" and "E" on your keyboard.  A focus ability is also added by using the "F" key. Every hero gets four attacks. As you progress from level to level, your character's abilities are heightened.  Some abilities also complement other characters.  Still more abilities do more damage when triggered by holding your mouse key down.

Although Gigantic is still in the free play stage, Motiga is currently creating other maps.  A big selection of heroes are available in the free play version.  There are no immediate plans to bring Gigantic to consoles, but stay tuned.