From FIFA to PES, back to FIFA and now back to PES. I am the Ibrahimovic of soccer video gaming. No loyalties. No ties. Just a mercenary to the highest bidder - of fun. And this year: I am scoring goals with PES.

PES 2016 boasts the most realistic experience of the beautiful game available on a virtual pitch.

Players feel more like their real-life counterparts than ever before with PES player ID. Tackles feel more brutally realistic with the new collision system, and the ball hitting the top corner of the net after a great team move has never felt so satisfying. The passing game is really responsive, and it's a joy to pick out team mates when in possession. The problem is when you don't have the ball.

Defending in PES is made nigh impossible when your opponent is zipping the ball about the midfield before one of your defenders makes the frustrating (albeit realistic) mistake of playing one of their attackers onside and allowing a simple through ball to create an easy goal scoring opportunity. This, coupled with being able to hit the target from anywhere in the last third and some unreliable goalkeeping, makes unrealistic scorelines almost every time.

This is a minor quibble, but it can really detract from the otherwise brilliant gameplay and realism when you and your opponent share at least six goals most games.

The - mostly - great gameplay is backed up by stunning visuals, made possible by the Konami-made Fox Engine, which is also used in Metal Gear Solid. Now your in-game players share your look of desperation on their sweat-ridden faces when you're battling for an equalizer in the last ten minutes.

In terms of game modes, there are plenty of options to appeal to all demographics of soccer gaming enthusiasts. The old favorite, Master League, which has a new look and feel, gives you the reins for a chosen club team and allows you to test your squad in a league with teams from the same country - your goal being to qualify for one of the fully-licensed club competitions, such as the Champions League or Europa League.

Master League is a really fun experience. The prospect of turning your squad from relegation candidates to league champions or even European Champions in a few seasons will really get you invested in this game mode. The AI you play against isn't too bad, either. It often poses a tough and original challenge that is satisfying to overcome every time. 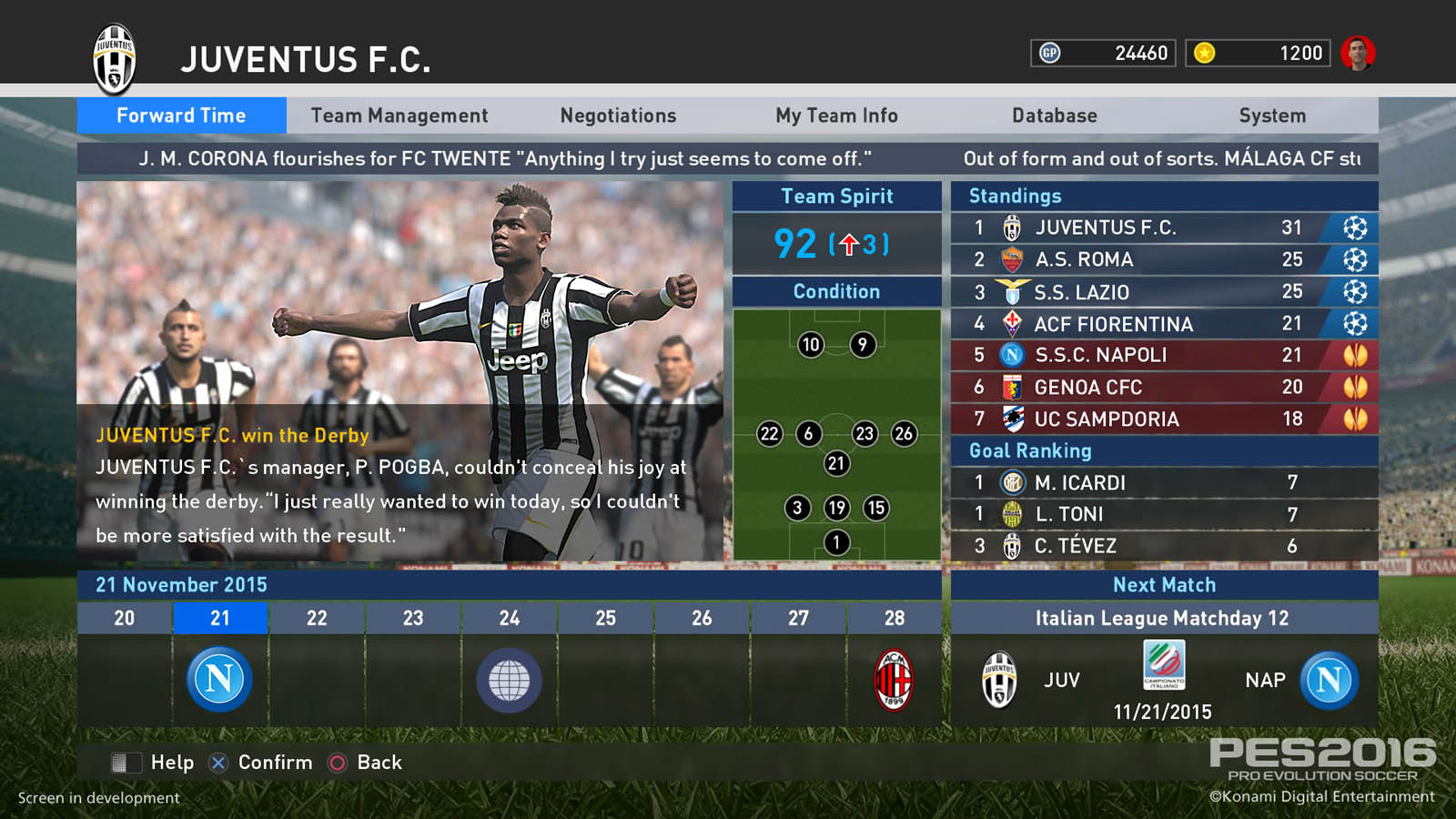 There is also PES' response to FIFA's Ultimate Team (FUT), called MyClub. This allows you to create a team made up of players from around the world and take on other people's teams online. You'll start off with low skilled players, and after earning points and coins for performing different accolades on the pitch, you can purchase different scouts that will give you access to a higher level of player. Over the course of time, you'll improve your team and your standing amongst the other players in the PES community through the league and cup competitions.

MyClub is a different take on the tried-and-tested FUT, and while it's not entirely up to par with FIFA in this concept, there are still some interesting features. 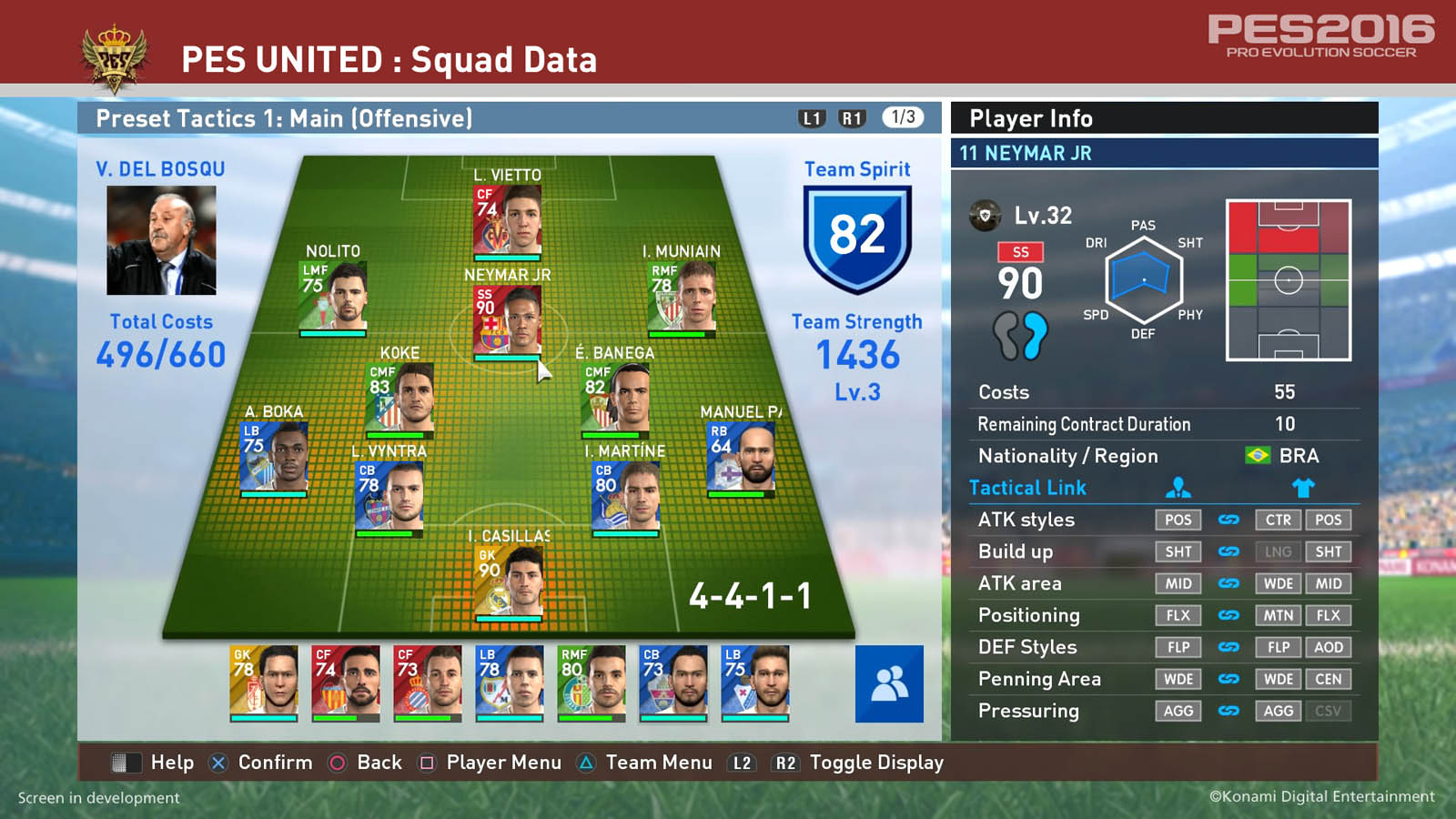 As you can imagine, there are also classic head to head game modes and even Champions League themed competitions online that come with real prizes from Konami.

There are just a few more minor issues

Online gameplay in PES can be really exciting and fast-paced like the rest of the game. But connection issues and the more-than-occasional lag during gameplay makes this side inferior - at least for the time being. Hopefully these are just teething problems with the new game and will be rectified in the coming months.

Despite mass media praise for this new installment, Konami's latest title has also received its fair share of negative press. In all offline modes, there are no summer transfer updates - which means you'll be playing with last year's squads until the data pack drops at the end of October. This has angered many fans, but it may be forgotten about after everything is updated and online issues are fixed.

PES has won this round over FIFA, but it may not be quite the victory they were hoping for. It's a massive leap in the right direction with its innovative gameplay and features, but simple mistakes have stopped it from being the new Pro Evolution Soccer everyone was hoping for.