My eyes! The most terrifying things made in virtual reality, so far.

Virtual reality is an exciting new way to experience media. However, as these examples show, it is also used for sinister reasons.
by The Soapbox Lord

Virtual reality is upon us. What was once the realm of science fiction and movies from the 80’s is now a reality with a lot of steam behind this hype train. With the success of the Oculus Rift being bought by Facebook for $2 billion and Sony entering the ring with Project Morpheus, it seems virtual reality will be here to stay. Of course with any new technology comes the strange, creepy, and flat-out terrifying things which accompany it. Here are thirteen of the most noteworthy attempts so far.

Many people are scared or unnerved by spiders. Arachnophobia! seeks to help people suffering a fear of our eight-legged friends by immersion therapy, an ever-increasing exposure to spiders until you are uncomfortable. The spiders aren’t the most lifelike or convincing, but the idea is a solid and interesting one. While this may not be terrifying to everyone, there are those who will be queasy watching this video.

Ah space. So beautiful. So majestic. So quiet. So damn terrifying. If you have ever seen Apollo 13 or Gravity or read The Martian, you know how scary space can be. Space is uninviting and uninhabitable to humans. While there’s nothing much to this game right now besides floating around Earth and encountering the International Space Station, the very idea of floating haplessly in space is alarming. Just wait for the inevitable Sandra Bullock, Kevin Bacon, and George Clooney DLC.

You march up the platform to the sound of a jeering crowd. You look out at the crowd and see cheering and jeering in equal abound before being struck in the face by a foul-smelling tomato. As the tomato drips off your face, you see it. The guillotine. The dreaded guillotine. You are forced to kneel on the platform and place your head on the chopping block. Over the sound of the crowd, you hear the blade and watch as you tumble into a basket, staring at your headless body.

This is now a game! Have fun!

Have you ever wanted to play a game where you walk across a plank stretched across two buildings while the wind howls and whips at you? Well I have the game for you! Inition has worked on Oculus Rift games in an effort to churn your stomach. Judging by the reactions in this video, I think they accomplished their goal. Just remember, don’t look down.

Remember the classic scenes in Jaws where Hooper is in a shark cage and the shark attacks the cage? Didn’t it absolutely scare the hell out of you the first time you saw it? Well now you can experience the feelings Hooper did in the comfort of your own home! The Deep looks to place you in a shark cage exploring the mystery and beauty of the ocean, complete with shark attacks!

So imagine the jump scares of Five Nights at Freddy’s with the added depth of virtual reality. That is essentially 11:57 in a nutshell. I’m not a huge fan of the Freddy’s franchise. I find it a bit shallow and too predictable to retain my interest, much less scare me. With that being said, I imagine the legion of fans of Freddy Fazbear will flock to this title.

BUTTS is an already terrifying animated short available to see on Youtube. The added dimension of virtual reality makes this bamboozling short more confusing and terrifying than it was before. If you dare, you can have nightmares by watching!

Black Mass is an upcoming film project in development for VR platforms. The film places the viewer in the shoes of a kidnapped victim at the less-than-friendly intentions of a cult of some kind. The film takes heavy inspiration from the satanic moral panic from the late 80’s and early 90’s to create some tense moments and disturbing images. The only video I managed to find is unfortunately short and mostly a reaction video, but it is enough to get the gist of the film.

You can find the movie for download here. Watch at your own risk.

The Kitchen is a Project Morpheus demo being developed by Capcom. While only a demo, The Kitchen has made quite an impact. While Capcom has kept a lid on screenshots and videos, there are plenty of reaction pieces of people after experiencing The Kitchen. The game seems to have the player tied to a chair while unspeakable horrors occur around them. You can read a very NSFW walkthrough of the demo here and here. Only time will tell if this demo will become a full release or ever see the light of the day. For now though, my interest remains thoroughly peaked.

Another Project Morpheus demo, Summer Lesson is different from the preceding entries in its form of horror. While the entries before focused on traditional horror (or in the case of BUTTS, surreal, bizarre horror), Summer Lesson is creepy on a completely different level. It is essentially a voyeuristic simulator. Creepy indeed.

Summer Lesson has seen two variations thus far. The first found the player with a Japanese schoolgirl (because what else?) who looks decidedly underage.

The second incarnation focuses on a young adult/teenager who wants a music lesson it seems.

The demos are made to show facial animations and to demonstrate how players can interact with a character in a virtual reality game. While nothing illicit or sexual takes place or is hinted at, the demos still revolve around players interacting with what appear to be underage women. It’s a creepy experience, and you can already imagine where things will go from here…

Among the Sleep was an interesting horror game released back in 2014 (insert shameless plug here!). The game put the player into the shoes of a terrified toddler seeking to investigate strange noises in your house. The horror comes from experiencing the world through the eyes of a child who is inexperienced with the world. Things familiar to adults and older people takes on a whole new light when viewed through the eyes of a two year old toddler.

There’s something intimate and cozy about a dungeon: the cold brick; the over-whelming darkness; the countless murderous beasts who seek to murder your face. It’s a pleasant experience! Dreadhalls seeks to place the player in the shoes of an unfortunate soul trapped in one of these dungeons hunted by some dastardly demon-like creature. It’s basically Amnesia in a dungeon with virtual reality. Cue the nightmares and glut of YouTube screamers and reaction videos.

I’ve saved the most terrifying and horrible game for last. I find myself at a loss for words with this unspeakable atrocity of gaming. It is utterly horrifying to behold the misshapen Sonics which inhabit this universe. Their unending quotes pulled from your memory of the Sonic games of old while collecting rings which look wrong. Worst of all, it is set to the creepy and enjoyable music of Green Hill. This thing will haunt your nightmares. Hell, this would terrify Cthulu.

At least Sonic Team never created anything this terrifying and awf-……. 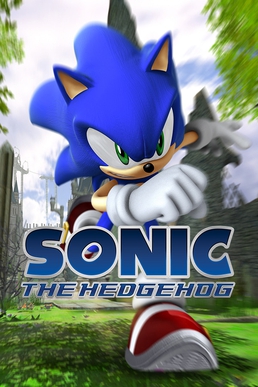