Which Pokemon May Be Switched to Fairy Type in Pokemon X and Y?

Pokemon X and Y will be introducing Fairy types to the series. Which older Pokemon may get a type makeover?
by Ashley Shankle

With the new Fairy Pokemon type being revealed, one has to wonder what older Pokemon will either be changed to Fairy type or will have it added to their base type. Below are a few Pokemon I feel would fit the type, and why.

Do note that I am using information from the games' Pokedex entries and not referencing the anime. What happens in the anime and movies doesn't necessarily pertain to the attributes of Pokemon in-game (See: Ash's Pikachu being so imba).

Most of the Pokemon below first made their appearance within the first three generations of games. Later games in the series cut down on the more fantasy or supernatural Pokedex entries, and some that could potentially be Fairy Pokemon already have two types. Celebi is included in this list despite currently being of two types, which I explain below.

All images and Pokedex information have been taken from Pokemon Database. I am no Pokemon expert nor do I have any special information that you don't. This is simple speculation, and it's certainly less confusing than whatever's going on with Mewtwo.

These three are perhaps the most fitting of the new Fairy type. Even if you ignore their names, their species is specifically listed as "Fairy Pokemon" and the Pokedex entries between them mention at least one of these peace-colored bundles of cute have been seen bounce-walking on water, appearing to be flying, collecting moonlight with their wings, and riding on shooting stars.

Though their Pokedex entries don't mention much in the way of being mystical creatures, these three also seem to be prime candidates for the Fairy type. Igglybuff with its marshmallow body, Jigglypuff with its amazing vocal abilities, and Wigglytuff's legendary softness may point to these Pokemon having some Fairy in them. [Edit: Jigglypuff has been confirmed!]

These two are not the most obvious Pokemon to be prime Fairy type candidates, and Vulpix may not be one at all. However, since Ninetails evolves from Vulpix I have paired them together. Ninetails is very explicitly described as a supernatural, magical creature in his Pokedex entries. He is based off the Japanese nine-tailed fox of legend.

Though none of these Pokemon have what may be described as "magical powers" in the Pokedex, Chansey and Blissey's eggs both have healing properties. Blissey is also capable of sensing a person's sadness from "however far they may be". 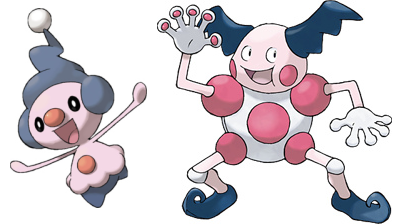 The evidence that these two could possibly be Fairy Pokemon is fairly slim, but you have to wonder how a whole species of Pokemon is capable of looking and acting like humans. Though there are certainly other Pokemon that look humanoid, no other can imitate humans so well. What's more is Mr. Mime is capable of creating invisible walls, though whether this is by mind trickery or being able to vibrate its fingertips varies from one series entry to another.

Perhaps the second most obvious line of Pokemon to be Fairy types, just a tiny bit behind Clefable and friends. All three of these Pokemon are said to bring good luck and happiness, with Togetic even being a Happiness species Pokemon. Togekiss only makes himself known in peaceful regions, spreading kindness wherever he goes. 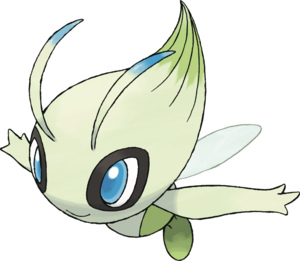 Celebi holds the power to travel time, and will only make itself known in peaceful times. He also seems to be able to positively affect the growth of plantlife, and has an affinity for lush forests. The only thing that holds this little legendary from being a sure Fairy type is the fact that it already has two types. Would Grass be replaced for Fairy? 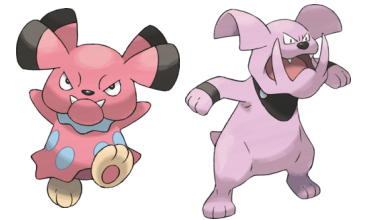 It's easy to forget these two, but they are both already considered to be of the Fairy species. Their Pokedex entries do not point to that being the case, however.

Whether you find this Luvdisc to be useless or not, she certainly does have the makings of a Fairy type Pokemon. Luvdisc is reportedly capable of bringing eternal love to those who find it, and it is of the unique Rendezvous species.

These three are said to hatch from the same egg, and to have given humans the birth of knowledge, emotion, and willpower respectively. This on its own is enough to validate these powerful Pokemon to be Fairy types, but their power may just be too much to justify as such for the time being. 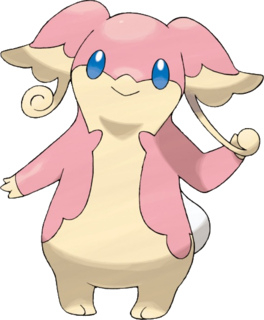 Audino is notable because of its hyper-sensitive hearing, which is strong enough to serve as a sort of radar around the Pokemon's immediate area. This in itself isn't proving, but Audino's ability to use its feelers to tell how a person is feeling or whether an egg is close to hatching or not may point to this Hearing Pokemon getting an injection of Fairy type. Its look certainly does fit the part. [Thanks to commenter pierce_2648 for the reminder!] 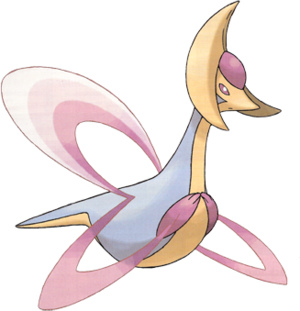 Cresselia is one of the few Pokemon that almost certainly look like they fit into the Fairy type. Aside from the aurora on her back and her looks, Cresselia's feathers are said to bring anyone holding one pleasant dreams. This Pokemon's connection with the moon may also be telling, as her feathers and head shape are meant to represent a crescent moon. [Thanks to commenter zapdos_2612 for picking this up!]

As mentioned at the beginning of the article, there are some other currently available Pokemon that may end of being Fairy types, but the evidence to back those up is even thinner than that you read here.

A few Fairy types have been confirmed recently on the North American Pokemon website. This list will be updated as more information comes to light.

Are there any you feel are particularly prime to become Fairy Pokemon? Feel like any of the above don't fit? Leave a comment below!