Reddit is going through some major drama right now; here's why and how.
by Ford James

Editor's note: This event is in flux; many subreddits are closing and opening as time ticks by.

Reddit, the popular forum that has the self-designated title ‘the front page of the internet’, has been the focal point for a lot of behind the scenes drama lately, resulting in a lot of moderators setting subreddits to private (not allowing anyone to view them). These moderators switched their subreddits into strike protests over how the Reddit admins treat and support the moderators, along with the release of Reddit staff member Victoria. For a more detailed explanation, carry on reading.

There have been a multitude of problems surrounding lately, mainly attributed to Ellen Pao, the current CEO of Reddit. 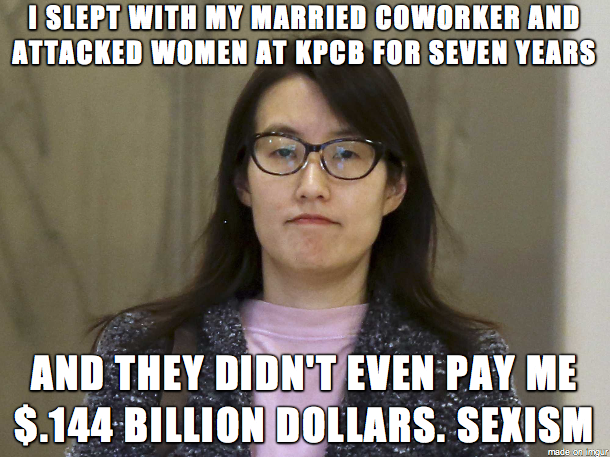 A satirical image of Ellen Pao found on /r/KotakuInAction

She recently lead the charge in banning some subreddits like /r/fatpeoplehate and /r/punchablefaces. Whether you agree or disagree with the concept and ideologies of the subreddits, it’s safe to say it’s limiting the ‘privilege’ of free speech on Reddit. You can find a fantastic summary of the events that occurred on that day here and the specific, heavily downvoted announcement post here. Ellen Pao seems to be the scapegoat for the issues Reddit is and has been experiencing and whether that's justifiable or not is a matter of opinion.

So that brings us to today. Perhaps the most popular of all the Reddit employees, Victoria, was fired today with no communication from the Reddit admins to the voluntary moderators. Usually, this wouldn’t be an issue, as they have no obligation to inform anyone of their decisions, however in this case it affected major subreddits such as /r/IAmA, /r/Books and /r/Science a lot more than usual. Victoria, the woman behind a lot of /r/IAmA's success

Victoria, also known as /u/chooter, is the woman who usually conducts the AMA’s (Ask Me Anything, a way for Redditors to ask questions to famous people, celebrities and so on), relaying the good and important questions to the person at hand. She then types up the answers under their Reddit account and ensures they don’t read any abuse, makes sure the thread stays on topic and pushes for a better answer if one is needed.

There were multiple AMAs scheduled through the next few days on multiple subreddits that were reliant on Victoria’s involvement. Yet, after letting her go, the Reddit admins didn't take the courtesy to inform the /r/IAmA moderators of the decision despite the fact it would affect their ability to conduct the AMA. 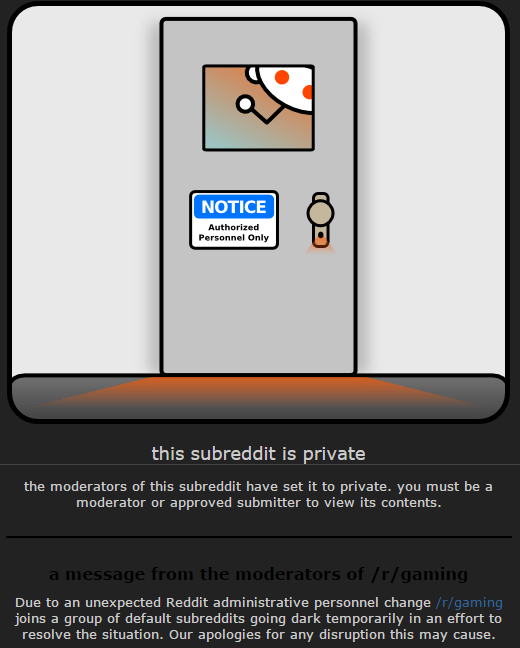 The reasoning and justification behind Victoria's release have not been disclosed. Even though she was a fantastic addition to the AMA aspect of Reddit, nobody except for the Reddit admins actually know what she did to deserve the termination of her employment. There’s a rumor that it was due to her reluctance to move to the Bay Area of the U.S, which is where Reddit’s main head office is, from New York City. We’ll never really know unless the Reddit team decide to disclose that confidential information.

Adding to the fact that the tools Reddit provides to moderators to actually moderate their subreddits are minimal and buggy, a lot of major subreddits have taken the decision to go private. Notable ones regarding gaming include /r/gaming, /r/pcmasterrace, /r/Gaming4Gamers, /r/Fallout and /r/Pokemon to name but a few. /r/Games, /r/Halo, /r/Witcher and /r/patientgamers are just a few gaming centric subreddits that have stayed public however. You can find a full, up to date list on the subreddits that have gone dark here. For those looking for gaming laughs and information elsewhere, Voat has a gaming subverse over at /v/gaming and 4chan's /v/ board is guaranteed to have healthy, sensible discussion.

/u/kn0thing, a Reddit admin, attempts to resolve the situation in /r/ModTalk

What comes next? A lot of people have started to make the transition over to Voat.co (due to the increased traffic, Voat may be slow and/or down for the time being), which has a nearly identical layout when compared to Reddit. As for Reddit itself, there’s no doubt a lot of users are blissfully unaware of what’s going on right now and will continue to use the site however the future of Reddit is largely dependent on the actions of the Reddit admins and Ellen Pao, along with how the moderators of the larger subreddits decide to act. /r/AskReddit, /r/IAmA and /r/videos, three of the largest subreddits in terms of subscribers and a huge source of traffic for Reddit are currently private. If they stay that way, Reddit will undoubtedly see a financial loss.