To buy or not to buy? That's one of the biggest questions on any (and possibly every) Nintendo fan's mind.
by DannyPTP

Nintendo has a lot of things to do in order to keep fans interested. After the disaster that was the Wii U, the Nintendo Switch looks set to put Nintendo back on the map, alongside its competitors.

But is it going to be worth your investment? Here are the pros and cons of the console to help you decide.

The Pros of the Nintendo Switch:

The Switch's controller takes a giant leap back (or forward?) from the Wii U's clunky design and to great effect. Gone is the awkwardness of trying to use a giant "tablet" in exchange for a tried and tested design that works perfectly. This takes the saying 'If it ain't broke, don't fix it' to a new level.

What's more, the ability to dock and un-dock the system, taking it with you everywhere you go, is an innovation that is going to sway a lot of gamers to Nintendo's court.

Legend of Zelda: Breath of the Wild to Release At Launch

The long-awaited Legend of Zelda: The Breath of the Wild will be arriving alongside The Switch after numerous delays. Personally, I think holding the game and releasing it alongside a brand new system is an excellent strategy that will definitely help the Switch when it comes to sales. 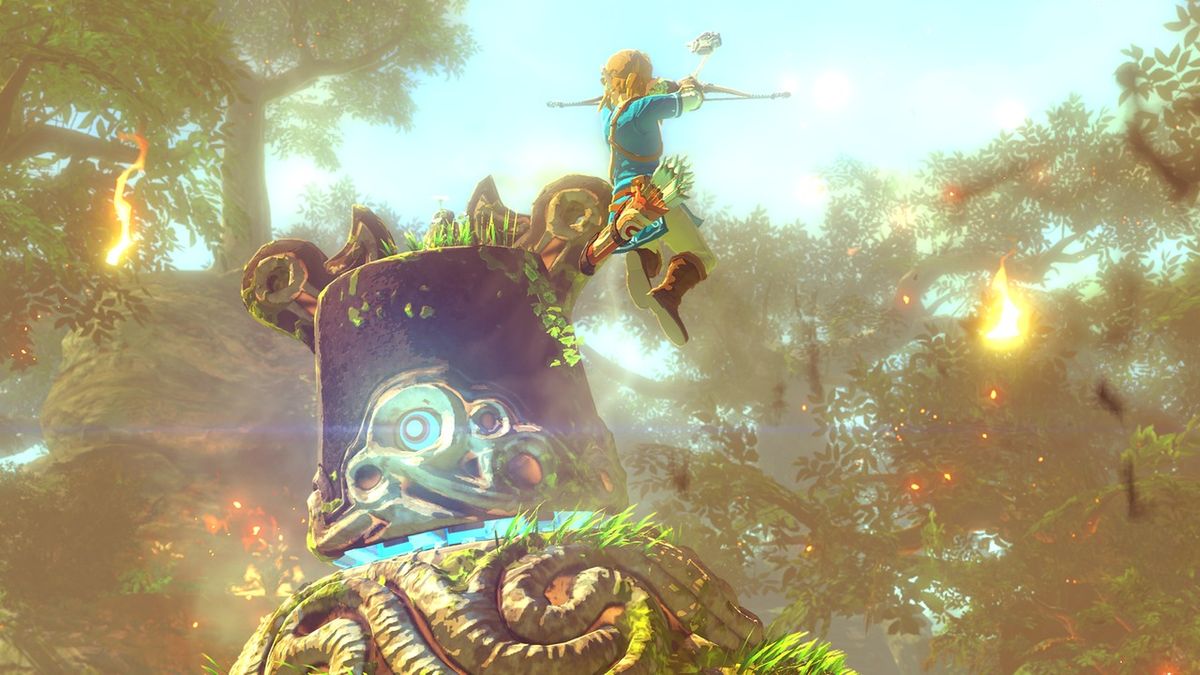 Upcoming games include AAA titles such as Super Mario Odyssey, Project Sonic 2017, Fire Emblem Warriors and even more. With many third party developers behind the Switch, it's going to be interesting to see what developers come up with.

The Switch is a true hybrid console. This means that you'll be able to play at home or on the go, without ever interrupting gameplay. And in a recent hands-on test of the Nintendo Switch at Nintendo's Toronto Event, we found that the Switch's Joy-Con controllers felt amazing and comfortable.

When the console is docked, it runs at 1080p in full HD. The first time we're seeing this on a Nintendo console.

And speaking of HD, the Switch's visuals are a vast improvement compared to the Wii U. The below screenshot gives a great example of what we can expect.

The Cons of the Nintendo Switch:

The Switch by itself will cost £280/$300. It's quite a high price, especially since it won't come bundled with a game. Hopefully, Nintendo will release bundles at a discounted price.

Normally with a console launch, we can expect quite a few games alongside it. However, there are only 5 games alongside it, with only one major title. I feel it might be best to wait for more titles to release.

The preferred method of gaming at home. The Pro Controller, however, costs around £65/$70, which, when combined with the Switch and a game can cost a whopping £395/$440. Better get saving up!

At the end of the day, your decision is up to you. There's a lot to love about the Nintendo Switch, while there's also a lot we don't know about the system -- and won't know until after it launches on March 3.

What do you think? Will you be buying the Switch when it launches? Have you changed your mind? Let us know!