Interview with Open Bionics talking more about their Bionic Arms and their work with Deus Ex: Mankind Developers and Razer to create the Adam Jensen arm.
by Angelina Bonilla

Open Bionics is a company devoted to making bionic arms more affordable for the estimated 2 million hand amputees worldwide. They create bionic arms are uniquely designed based on the user’s requests, giving them a way to express themselves, as well as having a bionic arm that’s both fashionable and versatile.

Recently, it has been announced that Open Bionics is working with the team behind the reinvigorated Deus Ex series. During their E3 2016 broadcast on June 8, they revealed to the world that they are creating a functional bionic arm which resembles the one worn by Adam Jensen, the main character of the game Deus Ex Human Revolution and its upcoming sequel Deus Ex: Mankind Divided. 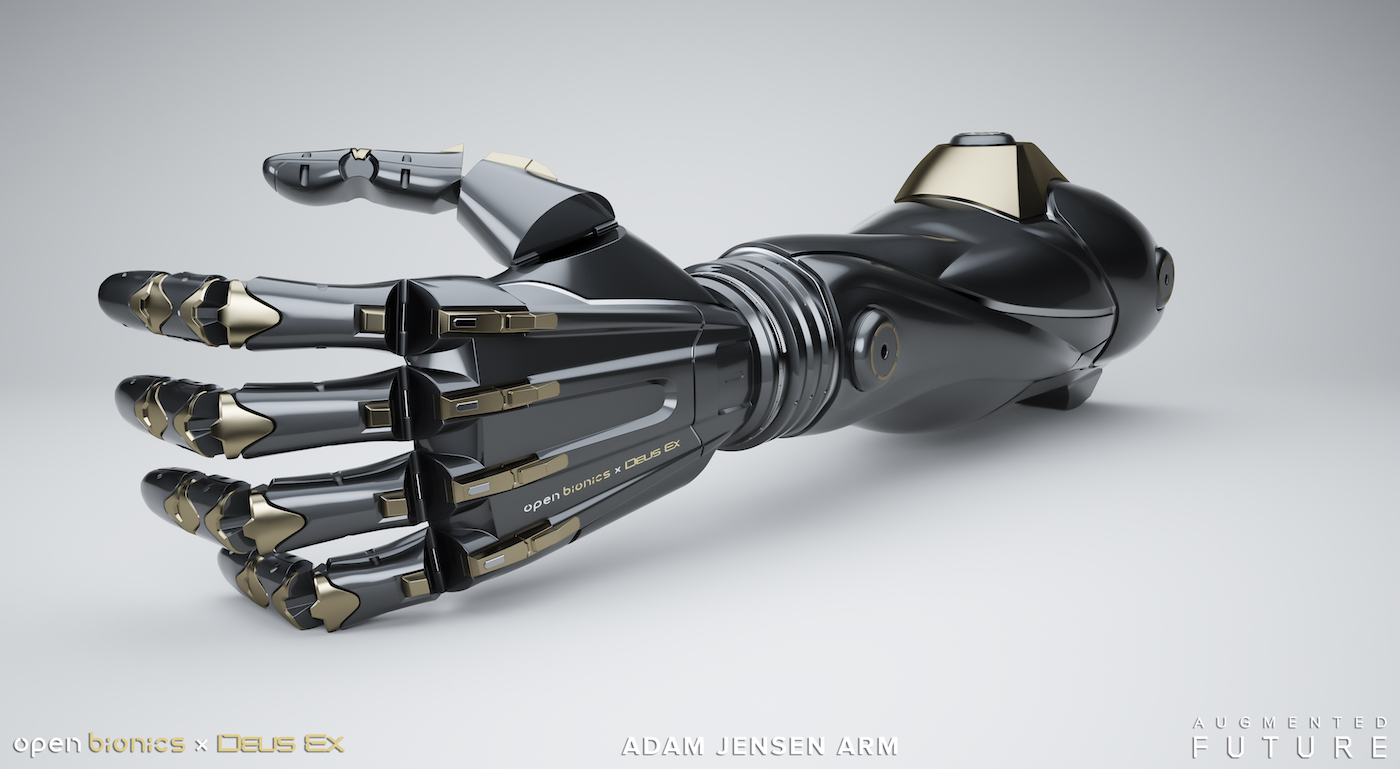 They now have a full website up, speaking about the project, but I had a chance to sit down with Samantha Payne from Open Bionics about this project and about the work they’re doing.

GamesSkinny (Angelina Bonilla): How did you come in contact with Eidos Montreal?

Open Bionics (Samantha Payne):  We first came into contact with Deus Ex through social media. We kept being asked by Twitter users to create a Deus Ex arm, at one point there was a mini social media campaign launched by fans to get us to work with Deus Ex. This collaboration is really down to fans we share; people who are interested in gaming, technology, and bionics.

GamesSkinny:  In what way has their work influenced your newest designs?

Payne:  The Deus Ex artists have some serious style. We had a lot of fun working with them and discussing ideas. The Deus Ex design team takes full credit for the aesthetics of the Titan Arm and the Adam Jensen Arm. We took their designs and made them into working prosthetics and robotic display arms. 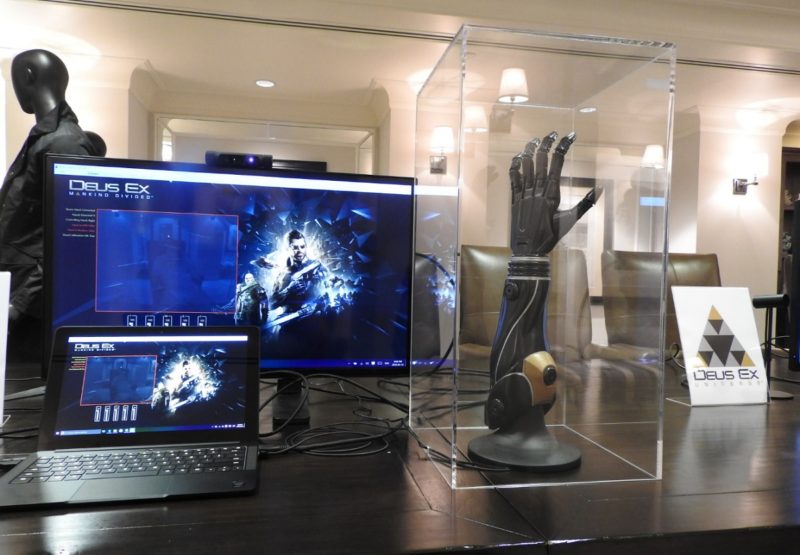 GamesSkinny: Your company’s goal is to “Change the prosthetic industry by making affordable, functional and beautiful prosthetic devices for amputees.” Do you think that making the arms similar to that of Jensen’s will attract people to it, and will it still be affordable to the 2 million amputees worldwide?

Payne:  Absolutely. Both the Adam Jensen and Titan Arms are fully 3D printed. We use desktop 3D printers, for these arms we used the Ultimaker 2 with a Flex3Drive to create the hands.

These arms are so beautiful they are already attracting fans of the game and people who are not gamers. We’ve already been contacted by a lot of upper-limb amputees asking for one of these arms. We’ve also been asked by gamers to create an arm that is wearable for people with two arms, which is interesting. This collaboration has really got people talking about the desirability of these devices. Before this partnership, it was extremely rare to hear someone with two arms say ‘I wish I had a prosthesis’. Our aim is to offer amputees something they’ll enjoy wearing. We’re challenging attitudes.

GamesSkinny:  In the process of making your arms function as well as they do, you mention that sensors are attached to the wearer’s skin, which pick up muscle movements that control the hand. Could you go more in depth on how that works?

Payne:   Sure. We use standard EMG sensing. This method of controlling myo-electric prosthetics has been around for years. It’s the best way we have at the moment to enable an amputee to be able to move their robotic fingers individually and change the grip mode of the hand. The hand will have six different grip modes, meaning the amputee will have the ability to pick up different shaped objects. For example, by squeezing their forearm muscle, they will be able to move the finger and thumb to perform a pinch grip. If they squeeze again, they can change the grip to close the whole hand. They will also have proportional control. This means they can choose at which speed to close the fingers and open them. This is helpful for picking up small and delicate objects. Instagram videos demonstrate this here and here.

One of the best parts of this collaboration was Deus Ex’s determination to make these arms beautiful and functional. It’s not just a stunt. These arms can actually be used as everyday prosthetics. 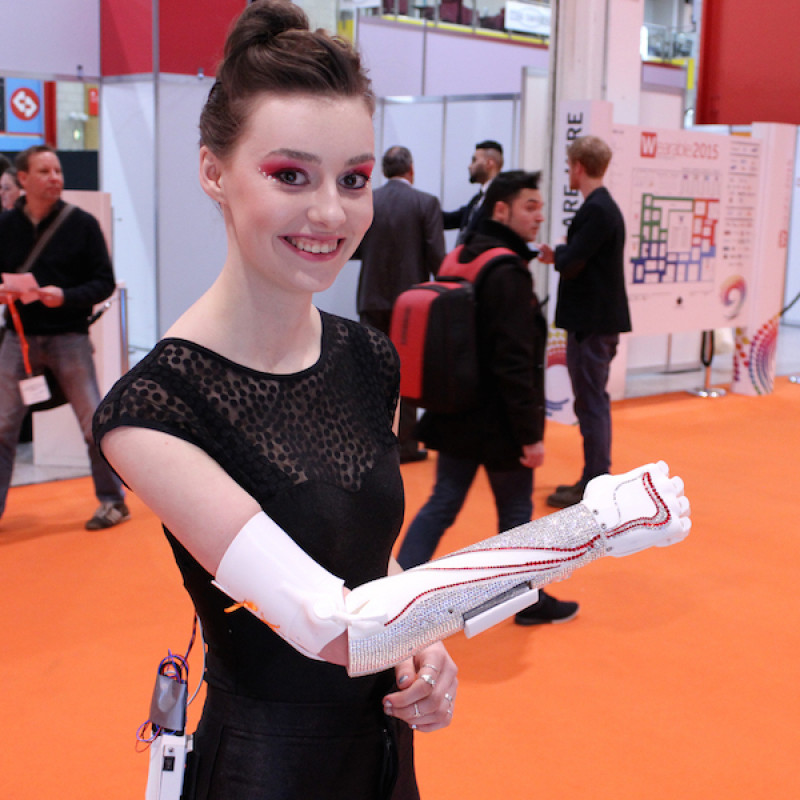 GamesSkinny:  All of your prosthetic arms stand out from the other arms that are on the market right now because they don’t try to blend in. How did you come to that decision?

Payne:  We have moved on as a society from wanting to blend in. In our parents and grandparents’ time, it was best to be seen as ‘normal’. Now, as a society we value our individuality and uniqueness. We wanted to celebrate our differences and personalities. Why have a human looking arm that doesn’t move if you can have a bionic version in the style of your favorite fashion house or hero?

Amputees have been very open about how slowly attitudes have been changing. For a lot of the older generation, they experienced body-shaming for being different. Now prosthetics are becoming cool and a trendy accessory. People are more open to body differences and more interested in experimenting with their bodies. It makes sense to apply that same experimentation to prosthetics which are just an extension of the body. They’re useful tools, and they can look awesome too.

GamesSkinny:  The design for the Jensen arm is going to be open source, which allows anyone to download the design and create it with their own 3D printer. Why did you choose to make it open source?

Payne: Our aim is to see progress in the field of bionics. Bionic arms exist but they are only available for the wealthy. We want to see more people benefit from this technology and we want to see the technology to advance. The best way to increase accessibility and progression in the field is to open it up to as many people as possible. 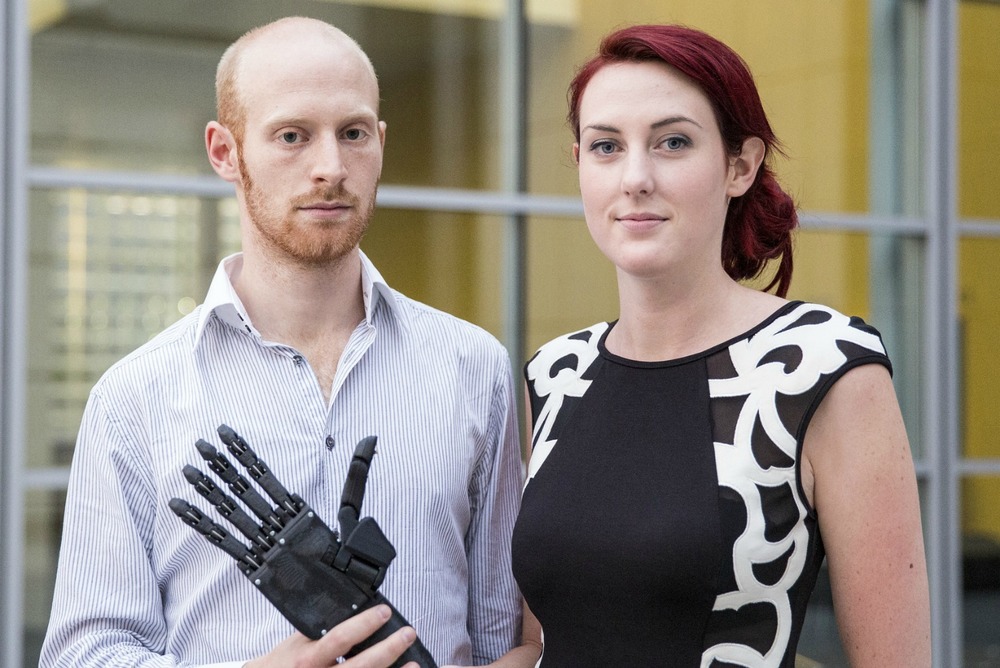 GamesSkinny:  What sort of hurdles have you had to jump over in order to create the bionic arms and make them accessible for millions?

Payne: Mostly it’s time and money. We have a team of five incredibly committed people working on this but the problem is worldwide. We need to get these prosthetics CE marked and FDA approved to start making an impact.

GamesSkinny:  Are you planning on making other kinds of prosthetic limbs in the future, such as legs?

Payne: We’d love to make legs and we are definitely looking into it.

GamesSkinny:  With the partnership between Eidos: Montreal and Razer, has developing the arms gotten easier with all this support behind it now?

Payne:   We could not have done this without Deus Ex and definitely not so quickly. The support has been mind-blowing.

Razer has created a unique experience allowing people with two arms to control a bionic hand. This will hopefully get people thinking about the design of the human hand and how lucky those of us who have them are. 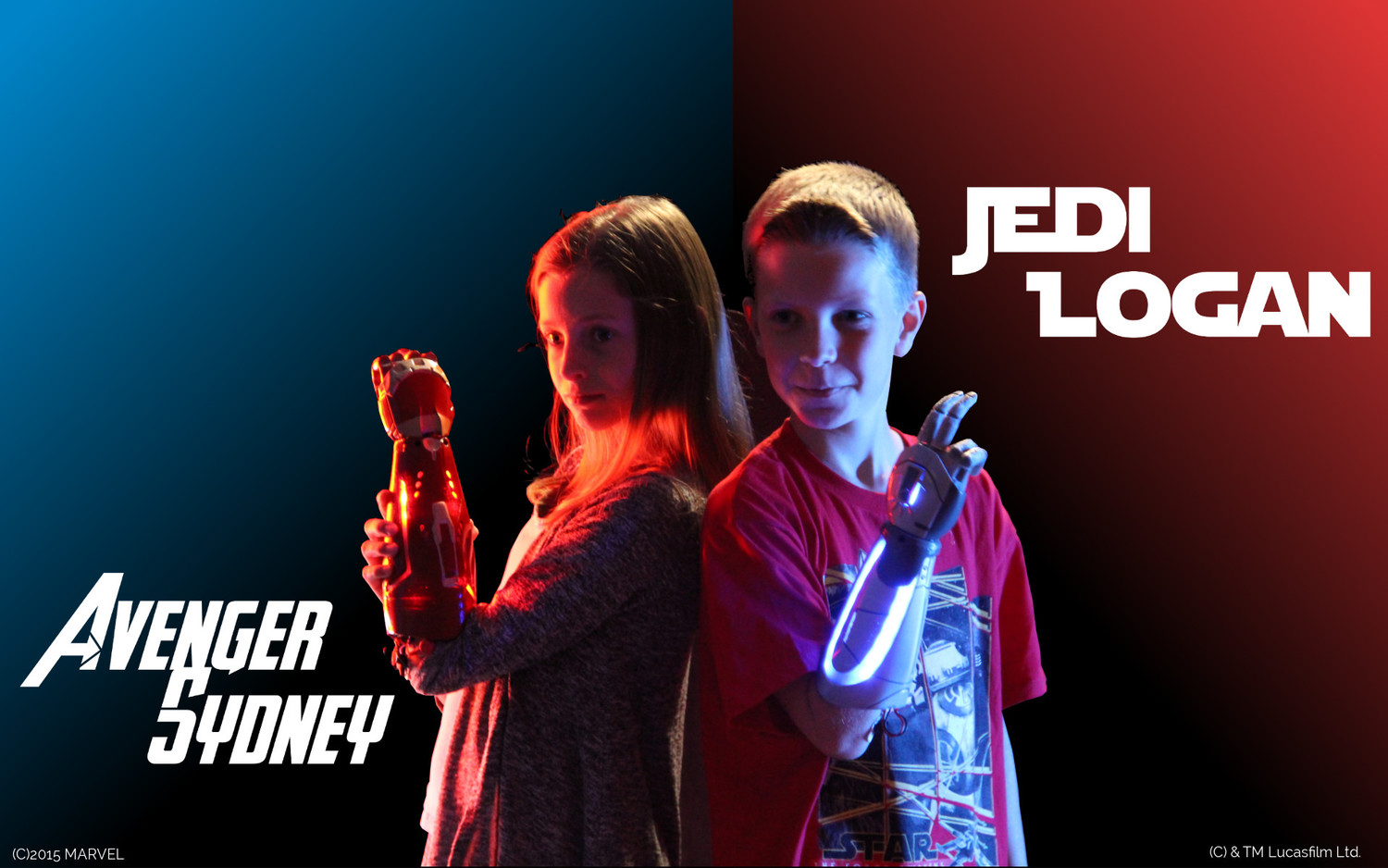 GamesSkinny:  Could you, in your own words, explain to us what inspired you to make these bionic arms and what you’re planning on doing in the future of this company?

Payne:  We’re inspired by children who are born without hands or who lose hands through accident, illness or war. They’re extremely adaptive but we know through talking with parents that there are some tasks where a prosthesis could be really useful. We also know bullying in schools can still be a problem, so we’d love to be able to offer children these arms that help their classmates see that being limb different is cool. We’re excited to be able to offer our Disney, Star Wars, Marvel, and Deus Ex arms next year. 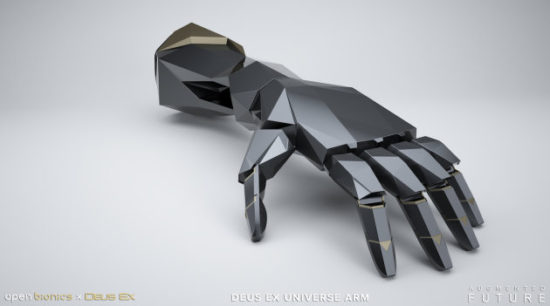 GamesSkinny:  You say that you want to show people that these devices in video games and science fiction can become a reality. What is the best part about bringing prosthetic limbs, like Jensen’s, to life for millions of people all around the world?

Payne:  There are so many positives it’s hard to narrow it down. The amazing reaction of amputees has been great to see. We feel like people have been waiting for arms that have an awesome design for ages. So many people are excited by the blurring of lines of reality and fiction and it’s a really exciting to be working in this field. It’s advancing all the time and so quickly.