Rocksteady Games director and co-founder answers fan questions about Arkham and makes announcement in the process.
by Andrea Koenig

Sefton Hill is the co-director behind Rocksteady Games. Recently he began to answer some of the fans' most asked questions over Twitter.

The lesson in it all? Ask and you shall receive. Questions from fans brought upon a special announcement for Arkham Knight and then more details and specs behind it.

Here are some of the biggest Arkham questions. Answered.

On forums one can find the rumored secret area or hidden room easter egg. No one has found it, but some say it will either allude or reveal some special plans toward another Arkham game.

Hill officially denies its existence with good cause:

There's no hidden room revealing the next game as its our last Arkham game. Sorry if you've been looking. https://t.co/plj2fTdW64

No more Arkham so no hidden room! There are likely plenty of easter eggs to find throughout the game, but don't expect them to announce another installment.

So you got the DLC and played the character game. You beat it, you're done, but you still want more. You don't want to give up playing this character. Is there life for them beyond the DLC?

Yes! If you've got the DLC character, you'll be able to play them on the challenge maps from Oct/Nov. https://t.co/D9zw8j0J6G

Yes! There are plenty of chances to play your favorite DLC character for Arkham Knight. It's not certain if Hill means the maps from fall 2014 or 2015, but a long-awaited announcement came with this year's Challenge Maps:

You asked, they answered. Coming alongside challenge maps this upcoming October, players will also get this line of characters to select from. 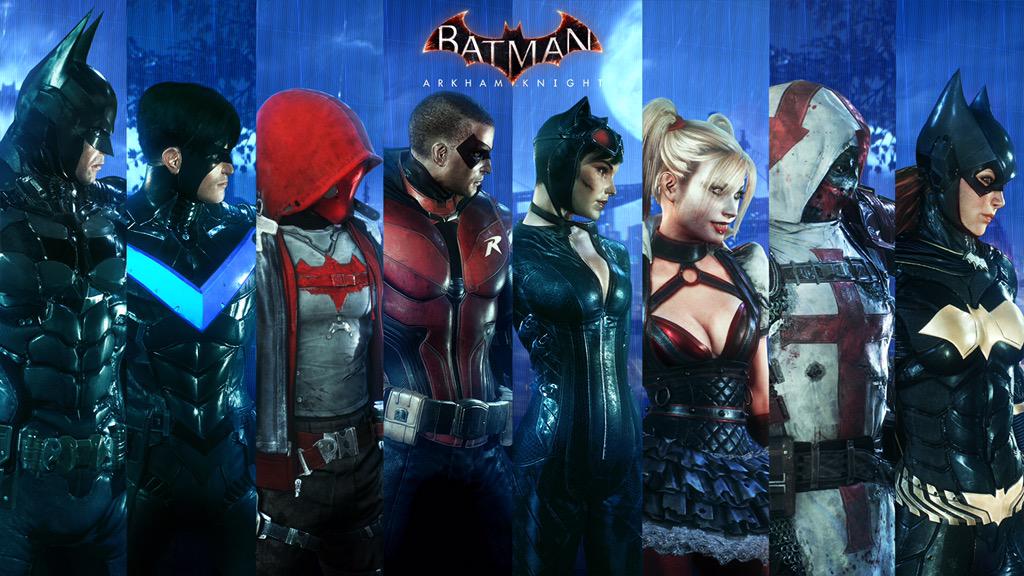 These characters will be available on all combat and predator maps, not just new and upcoming maps like the October Challenge Maps and November Predator maps. PC players will also have access once their DLC is up and running.

"Sorry for the delay. It's a brand new feature we never planned for until you asked for it. It isn't a small job :-)"

If you don't already, follow Sefton Hill on Twitter to check out other answered questions from Arkham fans.