The Most Unique .io Game So Far is Pong-like Opka.io

Whether you love or hate .io games, it's hard to deny this one.
by Tobbpitt

I could go on and on about how many .io games there are, just like I do in every other article about them, but this time let's try not to be surprised. Well, do be surprised.. just not at the fact there's another one up and coming.

This time around we're taking a look at Opka.io, a game that has taken my attention much faster than other .io games ever could before. There are two reasons for this we're going to touch on, because this one really does separate itself from the pack.

Opka.io is much like the classic game Pong, in which players have to paddle a ball between one another like table tennis -- I don't have to go into the rules with you; Pong is a very simple game.

Opka.io takes the classic Pong formula and adds passive abilities, active abilities and 10 players at a time into the mix for a new twist that is very hard to put down once you get started. 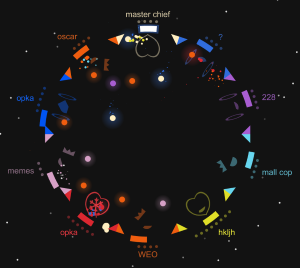 The big difference between Opka.io and most other .io games is that there is a clear end to a round. Once every player dies, the round ends and (meaningless) medals are awarded to the players who lasted longest. A round ends, and you start anew.

This makes Opka.io absolutely great for quick games. You've got a clear goal to last the longest, you've got your personalized loadout, and a will to win. What more do you need? Aside from the game's charming, simple visuals.

With so many of these .io games floating around, it's easy to dismiss every other one as being bad -- but Opka.io's unique take on both the .io game "genre" and the Pong formula. I just could not resist sharing this one with the GameSkinny community and hopefully drawing more players to this addictive and deceptively intense game.