Mighty No. 9 not looking to mighty in this new trailer considering the game finally releases next month.
by Joey Marrazzo

After meeting its Kickstarter goal of $900,000 in just two days, Mighty No. 9 was a game that many people were looking forward to. But the game has hit several bumps along its course, and has suffered many delays. It was earlier this year that they said the game would finally arrive on June 21st. And today, the team behind Mighty No. 9 released a new trailer today, titled "Masterclass", that might be a sign it's for real this time.

In this trailer, different types of dashes are shown that can be used to move through this platformer title. The trailer has a comedic voiceover describing these different dashes and saying:

"…there's probably a dash that makes you breakfast."

The backend of the trailer describes some of the combo moves and shows gameplay of them and how they will help you progress in the game.

For a game that has been delayed several times, the graphics showed in the video don't look so mighty. The graphics would look acceptable -- if it was going to be released on last-generation consoles like the PlayStation 3 and Xbox 360. The graphics shown in the newest trailer are similar to the ones that were in a video released two years ago; and the decrease in quality is definitely evident. 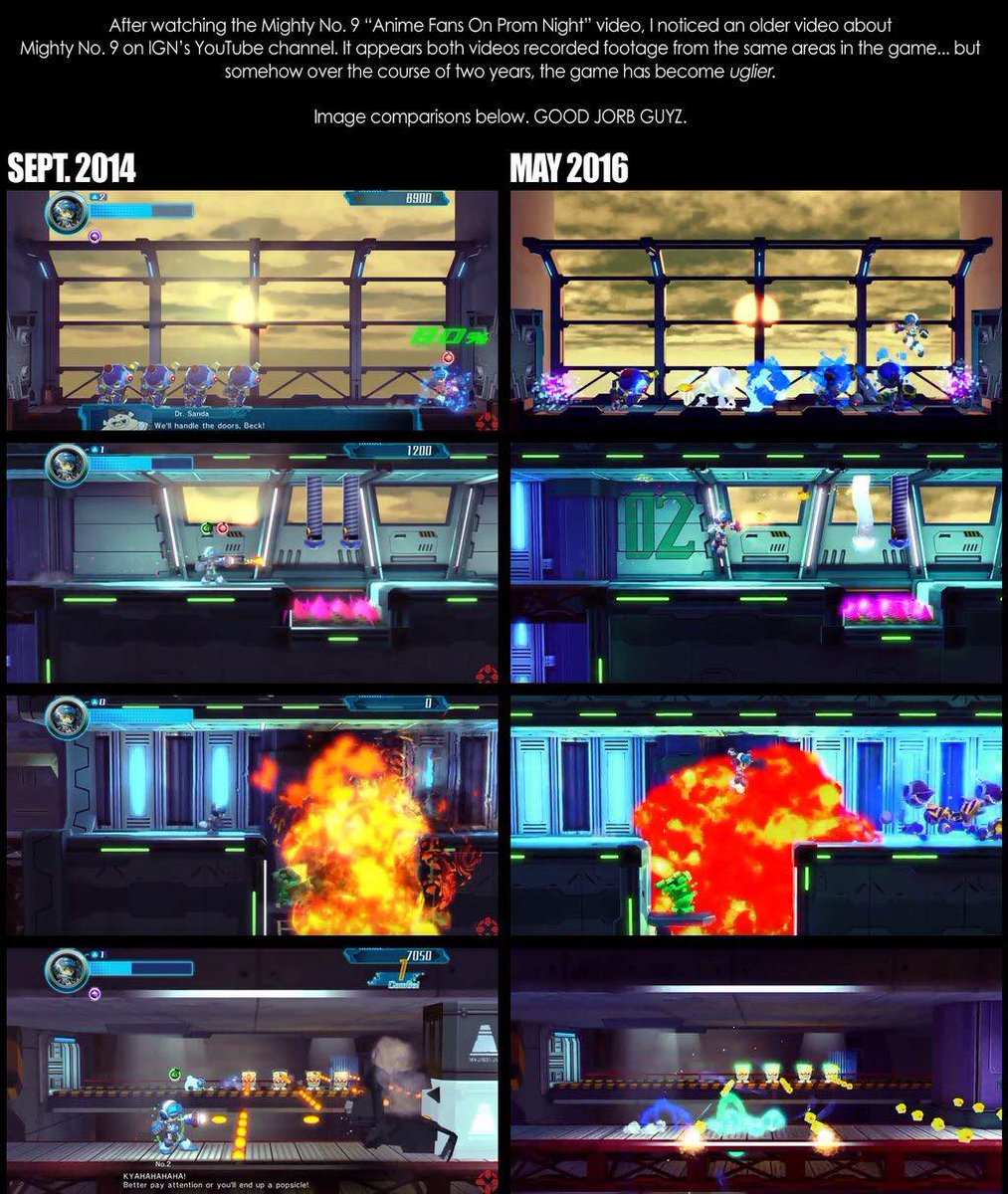 With the money they raised from Kickstarter, they could've put more time into making this game look like it deserves to be on the more powerful gaming machines that we have now, and not into comedy writers for this trailer.

Mighty No. 9 will release on June 21st on Xbox One, Playstation 4, Wii U and PC in under a month. Hopefully the final product will make the backers, like me, think that those delays were worth it.