Island Officials is a game company stationed in South Jersey. Founded by Ryan Morrison and Ryan Harbinson, the company went from a basement project to a full-blown studio.

Ryan Morrison doesn't only work at Island Officials; he also teaches game design classes at Camden County College. And I had the fortunate chance to interview him.

GS: How did Island Officials get started? 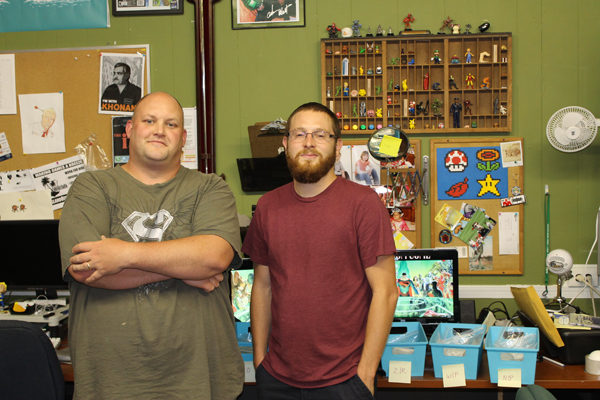 RM: "My friend and business partner and I were discussing the lack of games for non-reading aged children, which lead to the design of a game for no-reading aged kids that used only sight words and icons for directions. The design lead to a prototype and then we made a connection with a publisher. We took on a third partner who left shortly after our second failed pitch and we went to the contact for some advice. After we had a chat with them and made a connection and received some feedback, we decided to take it to the next level and form a studio. I invited some past students whom I stayed connected with and we started making some prototypes for pitching."

RM: "We were sick of talking about it and couldn't understand why there was a lack of tech companies making games in our area. There were some NYC studios then and a few more south, but nothing directly in the Philly region. We are from this area and wanted to make it happen here." 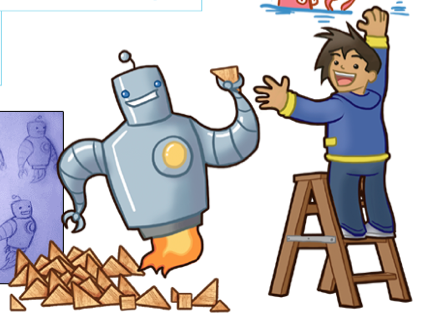 GS: Why do you think the video game industry does not have much of a presence in South Jersey?

RM: "There are really no advantages to being in our area. Many booming tech based areas offer tax advantages and help with start up costs. Just now Philadelphia is starting to see the advantage and starting to make those offers, and thanks to the expansion of the smart phone markets, indie game studios are popping up all over. There are at least 20-25 in the area now, even a few in NJ."

RM: "The early days were rough; a lot of our equipment was donated or borrowed. We met hap-haphazardly and had no organization at all. We moved from a basement, to an apartment, to an office, to a glass recycling plant, and another office, to (finally) our HQ in Woodbury, which is in the back of a board game shop that we also own. It's been an exciting bunch of years, and we have had the benefit of working with so many talented people on some really amazing projects."

GS: What were the starting days of Island Officials like? What problems did the studio face in its early days? What difficulties did you have to overcome?

RM: "The first project that we failed on very spectacularly had an oversized team, with limited technology, skills, and a lack of a physical office. It was way too aggressive for our nubile studio, but it did help us to learn a thing or two about scope.

We were nobodies in a state that had very little to do with the industry other than retail, with only hobbyist experience, but we had drive. After spending 7-9 months on an Xbox live project that we canned, we started with a refreshed perspective, refined our team and skill sets, and lunged into a Nintendo DS project that we pitched to a local publisher we formed a relationship with.

The first 18 months were really crazy. Our primary communications were through a PHPbb forum and we met in person once or twice a week. We had arguments, a fist fight over a game, a small fire (no damage nor was anyone hurt), a workplace with no light, and people dropping all over the place - from a lack of interest to moving onto personal projects. The early days were about getting an office and legitimizing the idea of what Island Officials was." 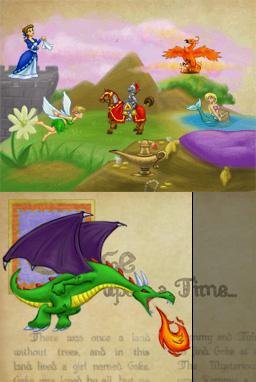 GS: What kind of games does Island Officials specialize in?

RM: "In the last few years we have done a few pick up contract projects and last year we put out some Twitch games. If I had to pick a specialization, it would be high quality sprite-based art with fully-realized backgrounds. Our project for 2015-16 is called RPG Arcade, and with it we are getting back to our roots in design and art."

GS: When making a game, how do you first approach making the games that you help design? What is your process?

RM: "We take a slow approach to our concept phase and in addition to full planning through agile framework, we build a robust first functional prototype to build off of. We all pitch ideas to one another and decide which is the best for the company, and then build a formal concept on that pitch. From there, our tech team starts a rough prototype and the art team starts with some style concepts, and we decide what route to take after that. Once concept is generally done, we reiterate until we have a solid prototype and continue refinement over and over (Agile/Scrum)."

If you want to find out more about Island Officials, check out their Official Website.