A highlight of my favorite moments in gaming. This week: Final Fantasy VII!
by katlaborde

With Square Enix recently announcing a remake of this uncontested PlayStation RPG classic, a look back at its greatest moments is necessary. Like many others, I have a fondness for Final Fantasy VII. It introduced me not only to RPGs, but also brought me back into gaming. Everyone has their favorite moments from this classic entry in the ongoing series, but I wanted to share my own personal favorites.

Released in 1997, Final Fantasy VII received high critical praise as well as often being cited as the best of the series among fans. The seventh entry was also the first use 3D graphics including fully rendered 3D characters on pre-rendered backgrounds. 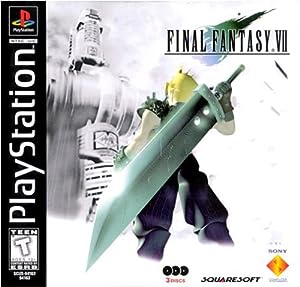 I remember being impressed by the game's graphics especially with the comparison from the game's advertising campaign touting the graphics as resembling that of a movie.

It took me awhile to complete the game, but it was definitely an emotional and exciting experience for the entirety. Below are some of my favorite moments from the game: 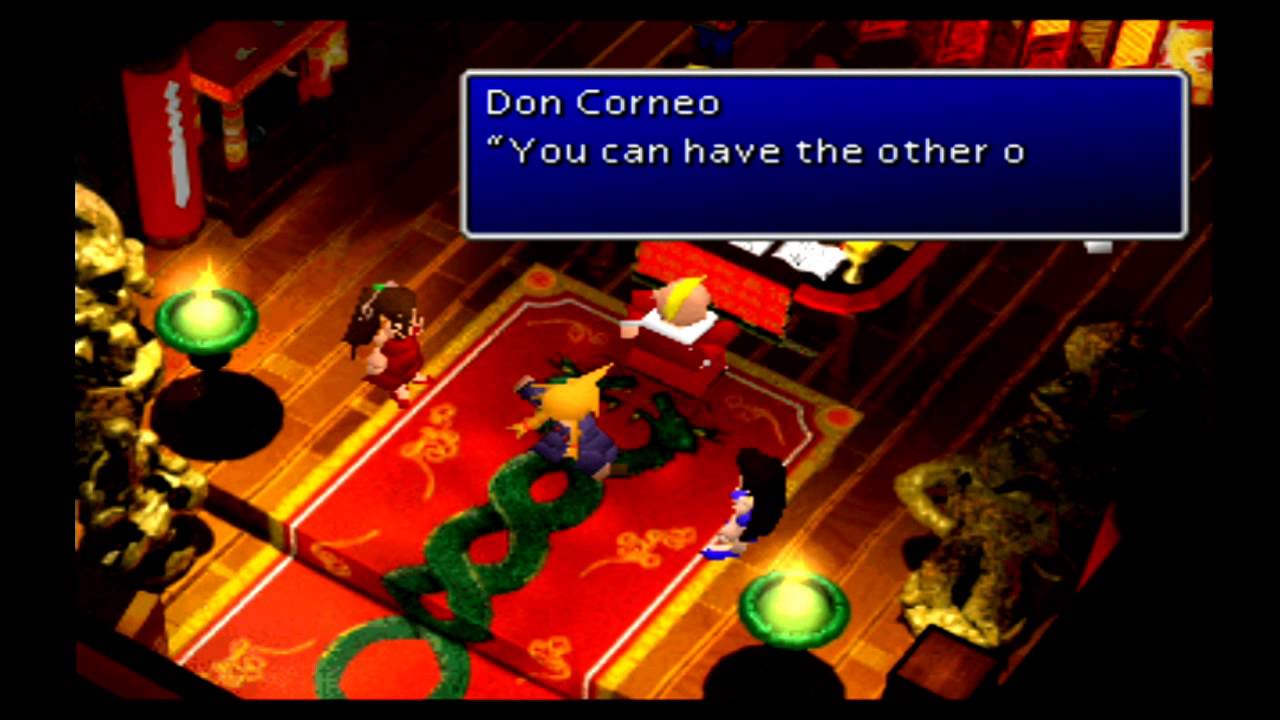 Cloud gets chosen to be Corneo's "friend" for the night.

When Cloud gets separated from Tifa and Barrett after an encounter with ShinRa during a reactor raid, he meets local flower girl, Aeris. Yes, I know of the 'Aerith' and 'Aeris' debacle, but I'm sticking with Aeris. Aeris forcefully joins Cloud on his trek to reunite with his team as they both head to Wall Market.

Before entering the town, Cloud spots Tifa entering the town on a chocobo cart. After questioning the bouncer at the local brothel (yep, new to Final Fantasy as well), Cloud learns Tifa plans to meet with local scumbag, Don Corneo. When Cloud and Aeris head over to Corneo's mansion, Cloud is refused entry since he is well...not a girl. The solution to the problem? Dressing Cloud up as a woman of course! Not only was this a bit risqué for the time, it was a pretty interesting little mini-game.

Depending on the quality and quantity of the clothing items you pick up, it will affect Corneo's decision when he has to choose between Cloud, Aeris, or Tifa to...*ahem* spend some time with. If Corneo chooses Cloud, an amusing little scene plays out between them. Humorous, quirky, and a bit risqué, this scene is definitely memorable for most gamers.

After President Shinra kidnaps Aeris, Cloud, Tifa, and Barrett devise a plan to infiltrate the evil company's headquarters. Right from the start, the game has you make decision on how you want to do this: barge right in through the front door or climb close to 100 flights of stairs. Well the stairs are just that, climbing up endless staircases each screen peppered with amusing dialogue from your associates, or taking the more epic route, fighting through random battles and having to ride an out of control elevator. Option 2 it is!

This part of the game offers some interesting gameplay moments such as having to use stealth to get by guards, and puzzles. Of course, some major story moments take place as well such as the team discovering President Shinra has been killed by someone named Sephiroth. 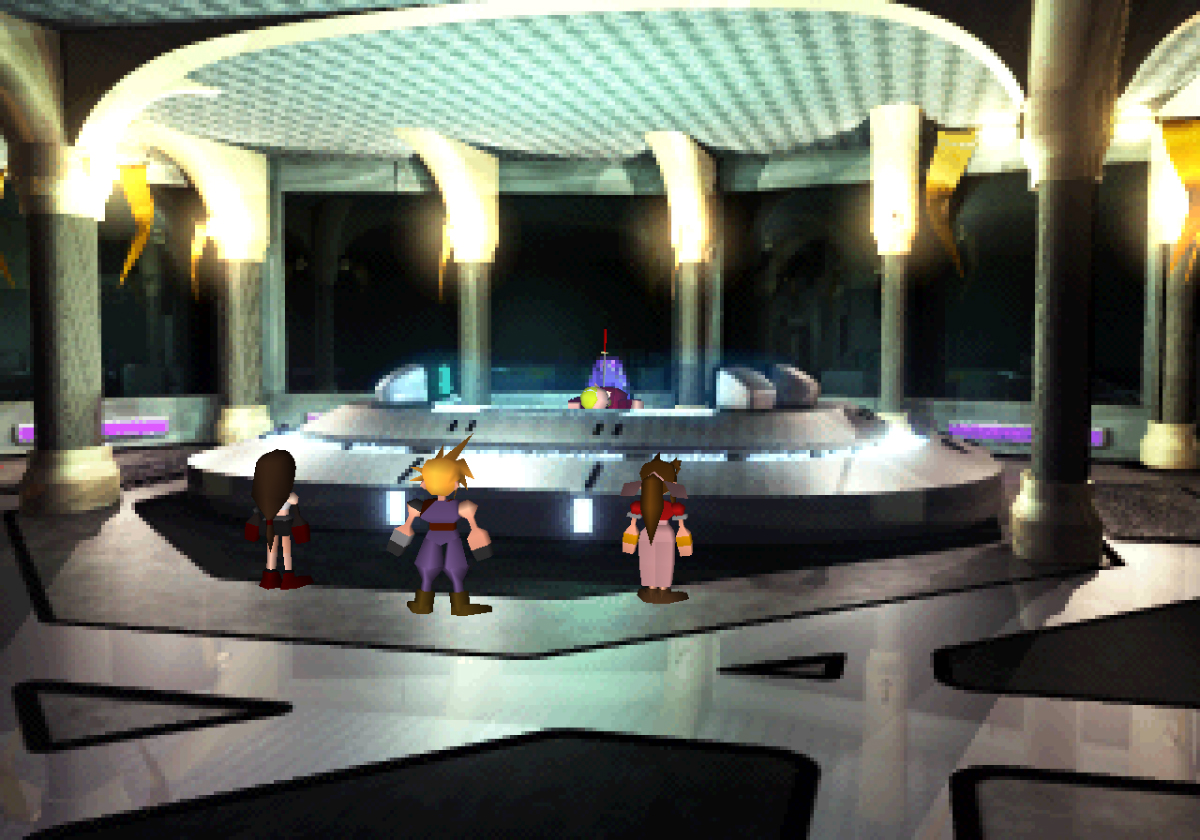 For once, not their fault.

I have always enjoyed moments in gaming such as the infiltration of the ShinRa building. Even though there is a feeling of the game's story wrapping up, an entirely new, and often worse, threat is revealed setting the characters down a turbulent path towards achieving peace.

This particular events leads Cloud and the gang away from Midgar and opens up an entirely new open world for the player to explore.  Also, the boss fight on the elevator and Cloud's encounter with new president, Rufus, was pretty exciting as well.

The Death of Aeris

Whenever someone thinks of Final Fantasy VII, this particular tragic moment is often at the forefront of their mind. At one point during the game, Aeris runs away to the City of Ancients with Cloud and the gang following shortly behind her on her trail. Eventually, they find Aeris praying on a pedestal underneath the ruins of the city. When Cloud approaches her, Sephiroth falls from above, delivering a fatal blow to the flower girl.

Although tragic, this is probably one of the most memorable moments in gaming. When I first played Final Fantasy VII, I had no idea about Aeris' death until I witnessed it for myself. Even though I never really liked the character, I cannot deny the importance and shock of her death.

When thinking about her death now, it makes me realize how lost these moments are now. If Final Fantasy VII came out today, her death would be spoiled for gamers on the same day of release. Just like you have to watch Game of Thrones the same night it airs, or otherwise avoid the internet entirely if you don't want spoilers. For this reason, Aeris' death was a more personal experience for gamers. Some were devastated over losing a great character and others, like myself, were mad they had wasted so much time leveling her. Regardless, the importance of her death to, not only Final Fantasy VII, but gaming itself cannot be denied. 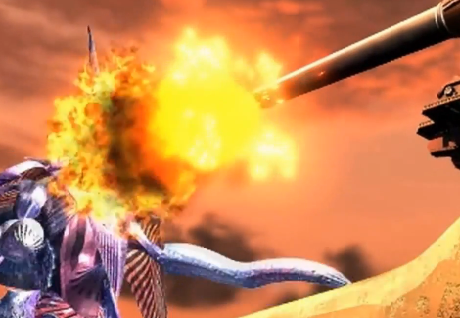 Weapon getting a faceful of cannon fire.

My personal favorite part of the game. After Cloud freaks out handing over the Black Materia to Sephiroth, monsters are released from the planet known as "Weapons". With the rest of Cloud's gang having been kidnapped by ShinRa, they must devise a plan to escape Rufus' grasp.

During this section, you take control of Tifa and Barrett working with your other group members to escape from Junon all while one of the Weapons wreak havoc on the harbor town. The music is especially great in this section, notably the Weapon theme. Also, if you're a Tifa fan like myself, she gets her moment to shine by slapping the hell out of that annoying cackling hag, Scarlet. Plus, most importantly, access to the Highwind!

Okay, so the first time I played through the game I admittedly groaned finding out I had to fight Sephiroth again. However, after replaying through the game once again, the awesomeness of this fight cannot be denied.

Sephiroth's theme is legendary; likely one of the greatest video game music tracks of all time. His epic summon, Super Nova, does go on for a bit too long, but the dread of being hit from his strong attack is felt. Also, when the screen flickers signaling that you've beaten him, you can't help but to feel relieved. All and all, this might be one of gaming's greatest boss battles.

I know a lot of you guys have your own favorite moments from the game. Please let me know about them in the comments!