Ubisoft Quebec sat down with GameSpot to discuss Assassin Creed Syndicate's development, looking to the franchises' roots and the team's unique vision.
by Gabriella Graham

The Assassin's Creed franchise needs some serious revitalization to prevent it from crumbling into a disappointing heap of lost visions and children's tears. If that sounds heavy, that's because the pressure on the Assassin's Creed Syndicate team is nothing to scoff at. GameSpot sat down with two crucial members of the new game's development team and found out just what Ubisoft Quebec is doing to bring the franchise back to its former state of glory.

Details on the direction they've taken may be the promising news fans need to hear.

Maintaining a sense of amazement

Creative Director Marc-Alexis Cote told GameSpot that the core of the series lies in giving players the opportunity to visit another time and place in history, specifically one that inspires awe in researchers and players alike. This experience defines the very essence of the series Ubisoft Quebec always tries to maintain.

An Assassin's Creed game without the element of time would destroy the purpose of the series and leave fans baffled, so the recognition of its importance already provides some comfort.

Finding the game's proper direction in the series' past

Cote confirmed that Syndicate focuses on the life pulse in one city, unlike some of its predecessors. Assassin's Creed II and Brotherhood, which did not follow this pattern, still served as models for the newer game. Cote proclaimed that those previous installments "nailed the Assassin's Creed experience." Level Design Director Hugo Giard jumped in to elaborate that Syndicate reflects the "character-driven experience" of the games' Cote references. Giard explains:

"We’re pushing forward Jacob and Evie, the way they’re different and similar, how they go about achieving their objectives inside London. Yes, the city is also going through the Industrial Revolution, but you’re not being forced to jump from point to point."

GameSpot asked Cote and Giard if this indicated a return the basics to remind fans why they fell in love with the series back in the beginning. While Giard presented a disclaimer - they can't speak for other teams in development - that's the exact direction he followed with Cote and their team.

The exploration of Ezio's storyline marked a high point in the franchise's history. A return to the aspects that made his trilogy great shows fans that Ubisoft Quebec hasn't forgotten what makes or breaks an Assassin's Creed game, even if they got a little lost along the way. Lucky for us, Ezio left one hell of a trail of breadcrumbs.

The direction of the series

Giard explained that the Assassin's Creed franchise has an overarching plan that gives developers the freedom to select moments in time that fit their comfort levels and style. Ubisoft Quebec always keeps innovation in mind. The Industrial Revolution suited this goal as a period of innovation in and of itself.

My mother sure never let me ride the rain like this.

In order to work a unique spin onto an established framework, Cote emphasized the importance of proving often and early. He chose bringing vehicles into gameplay as an example of this practice. Nothing new makes it into the game without being tried and proven first, such as the ships in Assassin's Creed III. There's a council weighing in on every decision, ready to bring down the gavel or greenlight the path to development.

I think it's safe to admit now that, while changes in Assassin's Creed games haven't been for the best of the franchise every time, a barring of innovation leads to an endless rehash of previous installments. We would lose the series in another way entirely. This drive in decision-making is necessary for the franchise to pick itself back up and move forward.

Big picture, the series stills moves to fit into an overarching story. Cote explained that the games divide this story into cycles. The Desmond cycle ended with Assassin's Creed III and  Black Flag provided a transition point between the old and new stages. He claims that fans will find indications of the new cycle in Syndicate.

Guys, I found it. See, this street kind of cycles.

While his hands were tied when it came to sharing juicy tidbits, he confirmed that Syndicate marks a return to the present-day story and players will have a deeper understanding of the constant state of conflict between the Assassins and Templars. He shared another goal:

One of the things that’s been super important for me and for the team is to make sure the player feels in the present-day story that he or she has importance. That what they’re doing is helping the Assassins in their war against the Templars. That they’re not just sourcing data for someone.

Black Flag comes to mind with data-sourcing, but a turn back to a more well-rounded game experience in and out of present-day would be a relief. Giard confirms that 95% of the game takes place in the past, but that the time spent in the present does its job to justify this and move the game forward.

Crafting a worthy protagonist or two

GameSpot pointed out Ubisoft's past difficulties in moving beyond Ezio. Fans don't connect as well or as easily to near protagonists, who serve as "shades of him." Cote acknowledged Ezio's legendary status before tacking on his belief that reaction or direct emulation of Ezio would be a grave mistake fans stand ready to recognize.

Ezio finds your imitations both amusing and sad.

Giard revealed that Jacob and Evie were built up from scratch. The team found it most important to create fresh, unique characters with their own personalities and in-game development. Cote added that the existence of two playable characters made it easier to avoid a sad imitation of Ezio. Their relationship needed building and the differences between the two foil and complement each other. Jacob and Evie stand together as the franchise's new, unexplored territory.

Siblings supersede the aggression and love stories of previous games. As a new take, it can still prove to be one that takes nothing from the franchise but instead builds upon it. Giard explained that the two Frye's share objectives but not the same methods and paths to them. They clash due to different ways of looking at the world. This provides the opportunity to explore a different kind of conflict and the emotions that follow. The characters show promise rather than present a cause for wariness. Fans needs that promise.

Evie won't play feminine side-kick to her brother, either. The game presents two separate, fully fledged protagonists. Cote guarantees fans will see she isn't bolted on as an accessory meant to satisfy critics that attacked the previous game's female roles. She's been planned right alongside Jacob from the very beginning.

This makes me wonder why Evie isn't featured center-stage in promotional images like her twin, but I want to believe she plays an integral part that is in no way lessened by Jacob. Jacob's shadow already appears to hide her significance. This contradiction leaves me both riddled with doubt and hopeful. 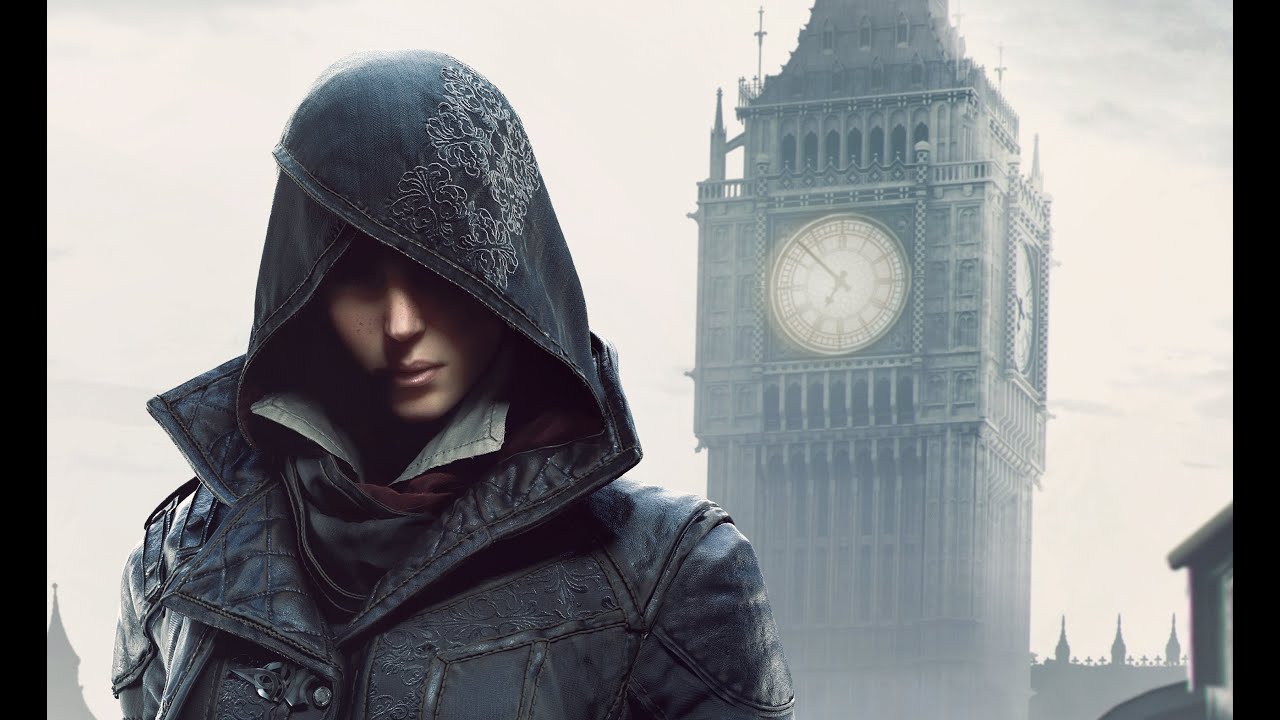 I think she knows we're talking about her.

Addressing the horrifying issue of bugs

Cote pointed out that Syndicate gained unique perspectives to avoid glitches in gameplay. More than 30,000 people played the demo at E3 in June. Feedback was pulled from these players months earlier than the September demos of previous years. The studio iterated on Unity's ideas to drive them to perfection. They also built on Unity's work on the games' ecosystem. He confidently proclaims that the game is in excellent shape.

There are plenty of promises here and just a few days until fans see how well Ubisoft Quebec keeps them. Here lies a genuine hope that the franchise makes a comeback.

Syndicate releases later this week on the 23rd of October for PlayStation 4, Xbox One, and PC.

Excited for the new game, or is this information still not enough? Will you wait to see how other players react before diving into Industrial London? Share your thoughts, Jacob or Evie style.