We sit down for an interview with Joshua van Kuilenburg, the developer for a massively adorable point-and-click puzzle adventure titled NAIRI.
by Joshua Harris

From the creative minds behind Home Bear Studio comes the cutest point-and-click puzzle adventure NAIRI. This graphic adventure follows the journey of Nairi, an upper-class girl who has long been abandoned by her family and Rex, a scholar with a criminal past as they explore the reaches and dark secrets of the oasis city of Shirin.

I had the privilege of interviewing the developer Joshua van Kuilenburg and was able to gleam a better insight into what makes NAIRI tick. Wanting to get a sense of what is driving the project, along with influences and motivations behind the games narrative and design, I delved deeper into the nature of NAIRI.

LanguidLexicon: What is meant by the City of Shirin being a 'character'?

Joshua van Kuilenburg: Well, just as the main characters in NAIRI have a fleshed out backstory and personality, so does Shirin. It is not a living character in that the city conveys its own emotions and ideas, but in that there is a sense of history and meaning behind its existence.
Really, it’s a faster way of saying we put effort into the process of constructing an imaginary world.

LL: The art and character designs are outrageously cute, what influenced the artistic style of NAIRI?

JvK: The artist, You, has a deep appreciation for a lot art styles. She grew up in Japan, with the typical anime and Studio Ghibli influences, but she’s also inspired by Western art.
What we do in NAIRI, is we take a cute or childish trope, such as anthropomorphized animals, but treat stuff like line work, color and lighting as if it were a more realistic art style.
It helps make the art ‘endearing’, rather than ‘simply cute’. Disney and Pixar are masters when it comes to that sort of stuff, and You likes taking inspiration from them, as well. 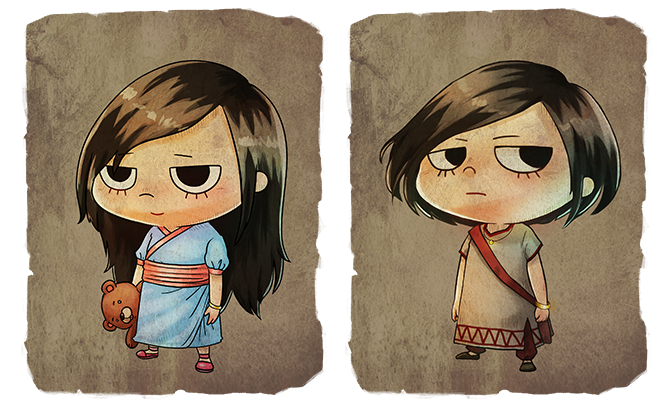 LL: How did you find yourself getting into game development?

JvK: Me personally, I’ve been drawing ‘level designs’ since I was 6 years old and making games in GameMaker when I got a little older. This year I received my bachelor of applied science in ‘Game Architecture & Design’, and now I’m developing NAIRI. In various degrees of gravitas, I feel like I’ve always been into game development.

LL: What were the driving factor(s) behind developing NAIRI? How long has this been in the works before bringing it to steam and Kickstarter?

JvK: The main driving force behind NAIRI is our desire to make our living by creating experiences for people to enjoy. Once we knew exactly what sort of experience we wanted – and could – deliver, and the concept evolved over time, NAIRI really became our passion project. NAIRI has been in development for a couple of months now.

LL: What other systems are you planning on porting NAIRI to when you reach your goal? Would Linux or Mac be in the pipeline?

If it were up to me, I’d spent some time during or after development to port and localize NAIRI – make it accessible to as many folks as possible. When facing reality, though, we need funding to do this. Right now, sadly, I can’t promise anything pre-release until stretch goals are reached. 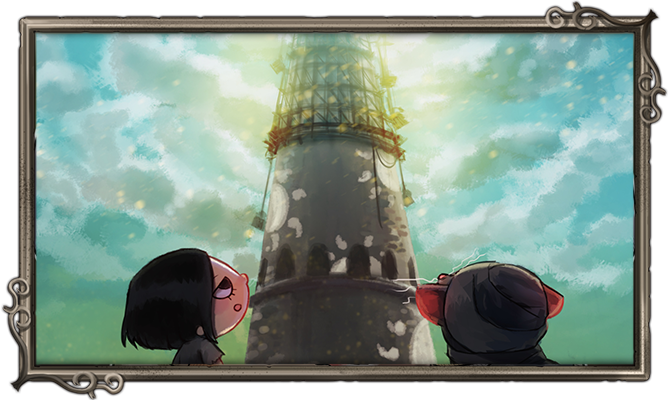 LL: I see that Kickstarter page mentions the degree of difficulty of puzzles will increase dramatically. What can the player expect when faced with these progressively arduous challenges? If they miss a clue or an item early on, how might that affect the outcome of their current game?

Quick answer: important items won’t be missable – we don’t feel that finding and keeping stuff in itself makes for a satisfying puzzle-experience. Long answer: every conflict or puzzle in NAIRI is documented automatically by Rex in this little journal he carries around with him. It’s constructed in a way that nudges players in the right direction, rather than giving straight-forward tips. I find that most of time players get stuck, they don’t want solutions – they want context. They need a clear goal, they need to understand what elements are interactive, that sort of thing. So the journal goes: “If players get stuck, what other perspective would help them?” It tries hard to respect the player’s intelligence. That said, it’s entirely optional and non-intrusive for the hardcore puzzle enthusiasts.

LL: I see that the Visual Artist You Miichi loves games like Animal Crossing, what bearing did that have on the world of NAIRI?

JvK: Animal Crossing, like most Nintendo games, is very adept at presenting insanely cute imagery without the game feeling outright childish. I don’t think You took inspiration from Animal Crossing directly, but I’m sure those sorts of games had a subconscious impact on her as an artist. 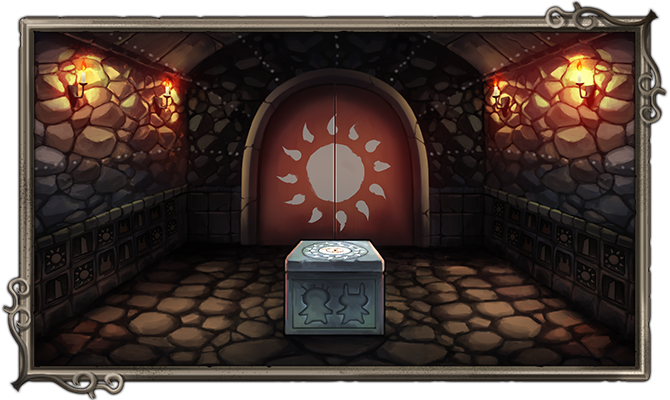 LL: Will players be encouraged to combine as much items as they can? How much relevance does this game mechanic have on gameplay and puzzle solving?

Combining items is certainly relevant, is it’s required for a lot of puzzles.
Indeed, I do have this idea of having multiple solutions, or item combinations, for a single problem. To prevent this from becoming frustrating, though, a lot of different items and combination must be considered, as well as a complex yet intuitive inventory. Whether or not a lot of possibilities will actually contribute to entertaining puzzles… This will require more experimentation. It’s something we have to pay attention to.

LL: Finally, what do you hope your backers will take away from NAIRI?

All I hope for is that they will have a lot of fun, that the game will put a smile on their face.
Ideally, I hope that they will fondly remember NAIRI long after they’ve completed it!

If you would like to check on Joshua and You's progress on Kickstarter, give the widget below a view, they have surpassed their goal with three days to spare. I would like to congratulate them both for achieving their goal! Be sure to give their website Home Bear Studio as well for more information.