5 Reasons to Feel Good About Your Xbox One Pre-Order

The Xbox One launches in less than three weeks, and here's five reasons why you should feel good about your pre-order.
by Brian Armstrong

With the launch of the Xbox One less than three weeks away, there's never been a better time to reassure many of you early adopters who may be having second thoughts that you made a good decision to pre-order. I did the same thing for PlayStation 4 yesterday, as there are reasons to be equally excited about both of these consoles. This is a great time for gaming, and both systems will serve you quite well.

So let's get right into the top 5 reasons why you should feel good about your Xbox One pre-order.

Much like Sony, Microsoft is making a concerted effort to sell the Xbox One as a games-heavy platform--one where you’ll be able to play some of the next generation’s best games exclusively. Early on, it would appear as though the Xbox One may have the best lineup of exclusive titles that are either going to be available at launch or shortly after.

Forza Motorsport 5, Dead Rising 3, and of course Titanfall are set to be some of the biggest sellers in the first six months of the console’s life. With an emphasis on next-gen graphics, fun multiplayer experiences, and big budget, triple-A action, the Xbox One appears to have it all in the games department. And I didn’t even mention Halo, Fable, or Gears of War.

4. Looking to the Future

While many people aren’t a fan of the Kinect requirement and aren’t excited for the entertainment side of what the Xbox One does, the infrastructure is there for Microsoft to carve out a new market. If the Kinect 2.0 and television services work as well as advertised, it would make watching movies, television, and listening to music a seamless and easy process, and it will be presented in a way we’ve never experienced. If you can walk into your room, and before you even reach your couch have the console up and running and watching ESPN, Nickelodeon, or your favorite movie, that’s a big win.

The console will win over families who are tired of trying to figure out what their infant did with the Apple TV remote (I know this pain all too well), or are done trying to explain to the babysitter how to switch between the Blu-ray player, TV, and video games. Just tell Xbox One what you want, and it shall be yours. It’s this kind of simplicity that helped the original Wii to sell so well, and if Microsoft has done it right on the Xbox One, it could see similar success. 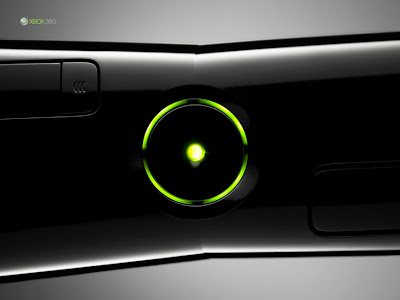 The Xbox 360 was such a huge win for Microsoft that it’s hard to imagine them losing the momentum, even during a new console launch. Millions of people have built entire social networks on their 360’s with Call of Duty, Madden, and Halo, that they will more than likely be upgrading to the Xbox One so they can keep all of that intact. That is good news for you, because it means more people will be buying and supporting the console you are backing, helping to build a bigger and better community for yourself as well.

The Xbox One controller doesn’t make leaps and bounds in terms of improvements to the Xbox 360 controller, but that’s okay. The 360 controller was already the best controller ever made up until now, so the tweaks that Microsoft made to the analog sticks, the D-pad, and the rumble integration in the triggers should go a long way towards rounding out the controller.

As the most important piece of hardware between players and their games, it could be argued that a bad controller can ruin the gameplay experience (anyone remember the original Xbox controller?). If you haven’t had a chance to get your hands on the controller yet, just imagine the Xbox 360 controller sitting in your hand, only better. Now you’ve got it.

Playing online matches with your friends or random strangers hasn’t always been an easy process. Sometimes you have to wait in a lobby for several long, agonizing minutes until you finally have enough people to begin the game. And if you leave that screen, you have to re-enter and start your search all over again. With Xbox One, that will be a thing of the past. No longer will you have to sit and stare at a blank lobby.

While this is happening, you can switch back and forth between browsing the internet, using apps, watching TV, or even playing other games (if both the game you are waiting on and the game you swap to are downloaded titles). Once your game is ready to begin, you will be notified and can easily swap back to the game. Now THAT'S next-gen!

If you’ve been concerned that your Xbox One pre-order was an unwise decision, fear not. The PlayStation 4 will not be significantly better or worse, and there are plenty of reasons to be excited about the future of your console. But if you’re in Camp Titanfall, you already knew that.