Alien: Isolation has a pre-order DLC has the original cast of the 1979 film.
by Angelina Bonilla

The Alien franchise is a beloved piece of Sci-Fi history with its main character and monster being two of the most iconic things about it.  The movies are an example of how to do everything right in a Sci-Fi/Horror film…well the first two films are at least. Personally, It’s one of my favorite franchises of all time and after the debacle known as Aliens: Colonial Marines, the game Alien: Isolation appears to be a game that is finally trying to stay faithful to the franchise.

For those who don’t know, in Alien: Isolation you play as Ripley’s daughter Amanda who is investigating her mother’s disappearance. Amanda was mentioned in passing in the first Alien film and in the second film we find out that she passed away without knowing any further information about her. In the game we get to see first-hand that Amanda is investigating her mother’s disappearance only to come across a Xenomorph.

Amanda has to fight for survival against Xenomorphs, the decrepit space station Sevastopol, androids and even other humans but not in a stupid mercenary kind of fashion we were treated to in Colonial Marines. The game is not a run and gun game, most of the game is based on surviving each encounter rather than conquering it with a gun showing more inspiration from the first Alien film than the second.

Everything I’ve seen so far about the game gives me such a fiery hope that seemingly nothing can extinguish. That is until I heard about the pre-order DLC called “Crew Expendable” and the preorder GameStop exclusive DLC “Last Survivor”.  The original cast of the film reprising their roles as the crew of the Nostromo to put together this DLC. Sega gave this information about the DLC itself

"Anyone who pre-orders the game will get a free upgrade to the Nostromo Edition, which includes the bonus content "Crew Expendable". Players can choose to play as one of three surviving crewmembers, only moments after Brett's death at the jaws of the creature. As Ellen Ripley, Dallas or Parker, players can explore the Nostromo from habitation deck down through engineering, coordinating their efforts with Lambert and Ash to lure the Alien into the ship's airlock.

In addition, consumers who Pre-Order at GameStop will exclusively also receive "Last Survivor" in which players pick up the story as Ripley tries to escape on the Narcissus. On hearing the screams of Lambert and Parker, players must navigate their way back down through the Nostromo in order to activate the self-destruct sequence, before retracing their steps back to the Narcissus shuttle and their escape."

Mixed feelings all around 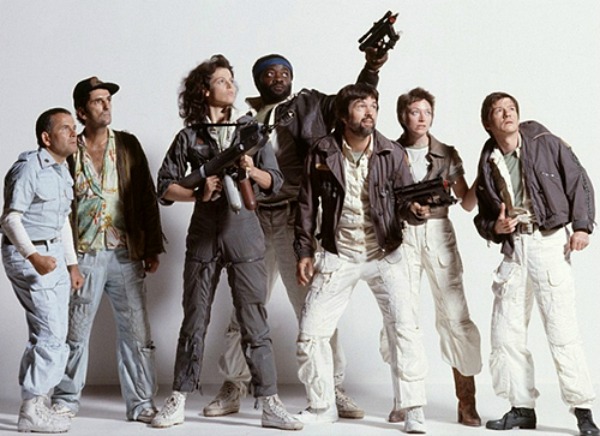 On one hand, it’s great that the original cast from the film will be reprising their roles of one of the most recognizable crews in Sci-Fi movie history. The fact that Creative Assembly is willing to take the extra time (and money, Hollywood actors are not cheap) to put this cast back together and try to recreate some of the most spinechilling moments in Hollywood history.

It appears they want to please the Alien fanbase a lot more than Gearbox did with their hackneyed attempts.   Then again, anything will please the Alien fanbase after Gearbox launched the franchise to LV-426 blew it up, found it’s floating corpse, kicked it into the sun and then gave it to Creative Assembly after they vomited all over the remains. More or less, Creative Assembly has a lot of fixing to do and at first glances it looks that’s exactly what they are trying to do here.

On the other hand, Creative Assembly is obviously trying to bank off of the franchises fanbase allowing them to play through one of their favorite movies as their favorite characters. Pre-order DLC encourages people to buy the game on day one so they can get some extra goodies that they wouldn’t be able to get otherwise without paying for them. While it doesn’t cost anymore to pre-order your game it does come with the risk of you the consumer buying something that you know next to nothing about.

The fact about the pre-order DLC for Alien: Isolation is absolutely perfect because it’s not necessary to complete or understand the game. Fans or casual people can take it or leave it if they really want to. If you have seen the first Alien film then you know exactly what happens. By missing out on the DLC you won’t have missed any part of the story that you didn’t already know. It might show you a little extra since some of these characters weren’t completely elaborated on in the first film, but you more than likely filled in the gaps with your own imagination. Sometimes the scariest thing isn’t what you see but what you don’t see. What is going to sell the pre-order copies isn’t as much that people get to see the cast back together or that the stories get elaborated on it is the fact they get to live out the same moments they saw in the movie themselves. You get to play as the crew of the Nostromo and react to the solo Xenomorph wreaking havoc on the ship, you get to relive the horror of some of the crew’s final moments. Also, if you pre-order from Gamestop you get to play as one of the most iconic women in Sci-Fi, Ripley, actually voiced by Sigourney Weaver herself. There is a vast difference between watching the actions on-screen and actually becoming that character on the small screen. That is the sort of immersion that is hard to replicate and that is difference between “Good” DLC and “Bad” DLC.

In Mass Effect 3 they took an entire character out of the story, one that did have connections to the backstory of all three games and made him added on DLC to buy the collectors editions of the game or buy him at launch. That’s bad DLC since they just essentially cut a character out just to sell him for some extra cash. Alien: Isolation on the otherhand mentions that if you preorder the game you get something extra, something that you don’t necessarily need buy you might want it. To play the devil’s advocate, this is a perfect business model. Making something highly desirable for the fans but not making it absolutely necessary to complete the game.

It’s what DLC is made for, it’s actually added in content that people have seen before but have never played before.  Is it fair that you need to pre-order the game before you can get it and you have to order it from a specific store? No, it should probably be DLC available after the game comes out rather than pre-order DLC for people to wait to see if they like the game. Business practices aren’t fair though and if there was one way to get people to pre-order the game this is it. I never preorder games and even I'm tempted to preorder this. I probably won't but it is very tempting. Creative Assembly is driving a hard bargain with these pre-order shenanigans, but no matter what I think everyone knows one thing is true.

It will never be as bad as Aliens: Colonial Marines

Update: Recently they announced that the pre-order DLC would not only be available for pre-order. If you want to see a further update on this story please click on my article here.