Glaring Errors In The Elder Scrolls Lore No One's Talking About

It's easy to lose yourself in the rich atmosphere and story of The Elder Scrolls games, but if you take a closer look at some of the key events that happen across the series, you might notice some contradictions. And while they don't completely ruin the series, these canonical errors are definitely noticeable (and sometimes rather funny).

In The Elder Scrolls Online, after the soulburst event, giant anchors descend from the sky and crash into the earth, each trying to pull the earth into the Oblivion realm of Molaag Bal. This would be fine and dandy had the lore from previous games ever mentioned these events. I mean, you'd think one of Tamriel's many scholars would've written that down, right? Huge spires descending from the sky and rending the earth in two is a pretty big deal.

But guess what? There's not a single record of this actually happening. Anywhere. There are records from the same era, including the invasion of the Kamal from Akavir, which took place only 10 years beforehand, but not a single book or scroll outlines the events of the soulburst. 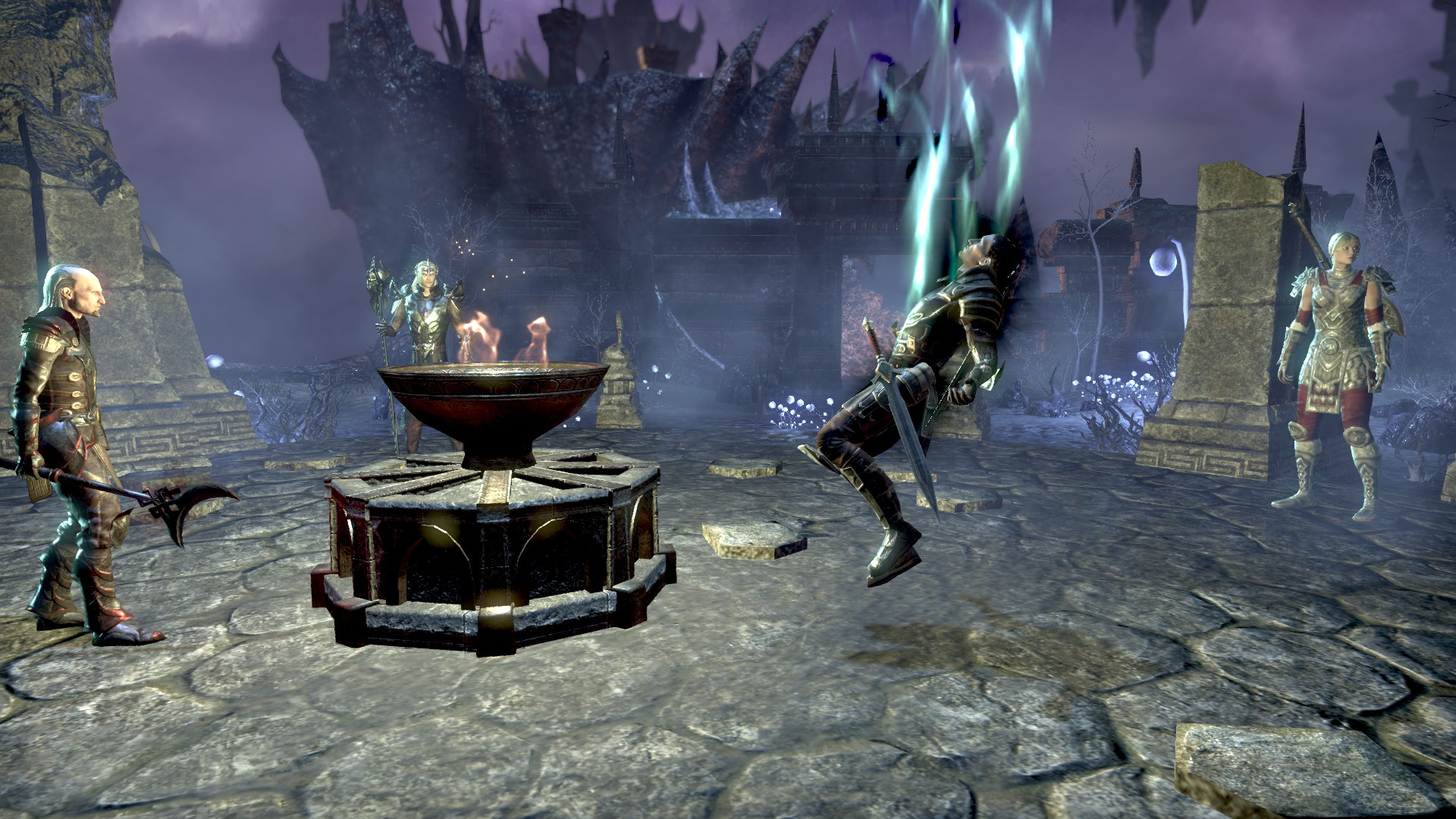 And in reality, the events following the soulburst shouldn't have been able to happen in the first place. Why? Because there are towers scattered all across Tamriel specifically meant to prevent the melding of the physical realm with the realm of Oblivion. Sure, some of the towers had fallen, but the majority of them were still standing when the soulburst occurred.

And that's not the only hiccup in The Elder Scrolls Online.

We know that the events of TESO take place in Tamriel's 2nd era, yet some of the books you find in the game were written AFTER the 2nd era (uh, whut?). Two of the books in question are:

Even crazier? Players can physically meet both Cinna and Signus in Oblivion and Skyrim, respectively. It begs the question: Is there some weird time warp in the Elder Scrolls series no one's telling us about? Another rather glaring issue is that Cyrodill was supposed to be a jungle until after Tiber Septim ascended to become Talos, using chim to reshape the land. And of course, this happened after the events of TESO. We know this is canon because the priest Heimskr in Whiterun tells us so in Skyrim when he quotes "From the Many-Headed Talos":

"And after the throne of Alinor did finally break at the feet of Men, and news of it came to the Dragon Emperor in Cyrodiil, he gathered his captains and spoke to them, saying:

"You have suffered for me to win this throne, and I see how you hate jungle. Let me show you the power of Talos Stormcrown, born of the North, where my breath is long winter. I breathe now, in royalty, and reshape this land which is mine. I do this for you, Red Legions, for I love you."

Of course, these errors in canon aren't earth-shattering (or probably the only ones out there), but they are pretty silly once you take notice. But it's alright, Bethesda always seems to find a way to work around them. And honestly, leaving these errors in the series just makes it all the more endearing.

What do you think? Do you find these silly? Do you know of any more plot holes that are ripping at your mind? Tell us in the comments!