Gwent - the Witcher cardgame - might be getting a digital release via CD Projekt.
by Engela Snyman

Gwent, the three match card game from The Witcher 3, might be getting a digital release as a competitive online game, in same arena as Hearthstone. CD Projekt S.A. trademarked the possible release at the EUIPO on June 6th, simply entitled "Gwent The Witcher card game".

In The Witcher 3, Gwent is a sort of deck building game that uses a 'match three' system to score points and determine the winner. It's very simplistic in nature, but as any Witcher 3 fan will tell you, it can be addicting. 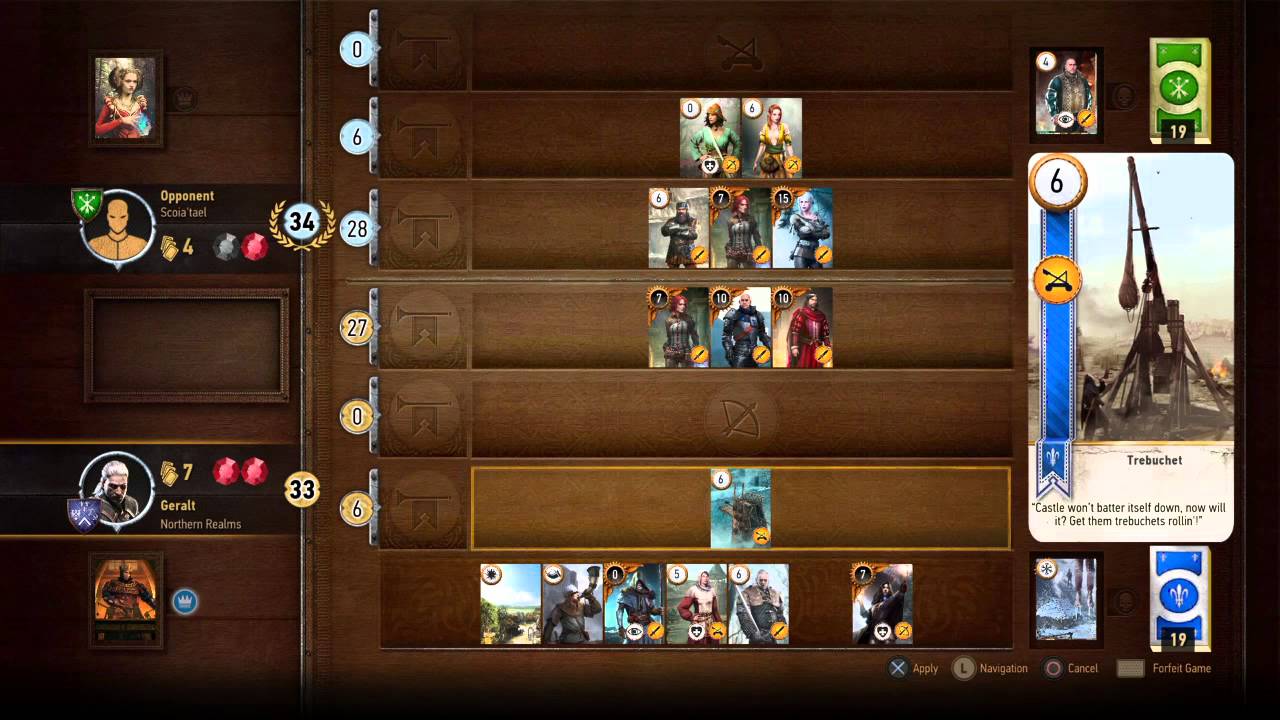 There is some evidence to suggest they may be already working on the title. In May's annual report, the company mentioned a different style of game "previously unexplored" for 2016. There is no other Witcher release currently in the works, so whether this unexplored title is in fact Gwent is up for debate

Although there is a mention of software in the description on EUIPO, it's not clear if this will be a digital version of the game -- so it is very possible we might be looking at a physical copy instead.