DevBlog arrives for more inside looks on the upcoming actionRPG: Indivisible

See sneak peeks at other heroes, setting design, animation and more through the game's social media and blog.
by Andrea Koenig

From 505 Games, the publishers of Terrarria, Payday 2, and Brothers: A Tale of Two Sons, comes a new action/RPG via their partnership with developers of Lab Zero Games called Indivisible.

We meet the protagonist, a headstrong village girl and warrior daughter of the village guardian named Ajna (AHZH-na). Ajna realizes that she possesses supernatural powers and leaves the village, gathering her fellow heroes on her quest. Further storyline details have been kept tight across the internet, but developers have stated that this action/RPG is inspired by classic games like Valkyrie Profile and Super Metroid. 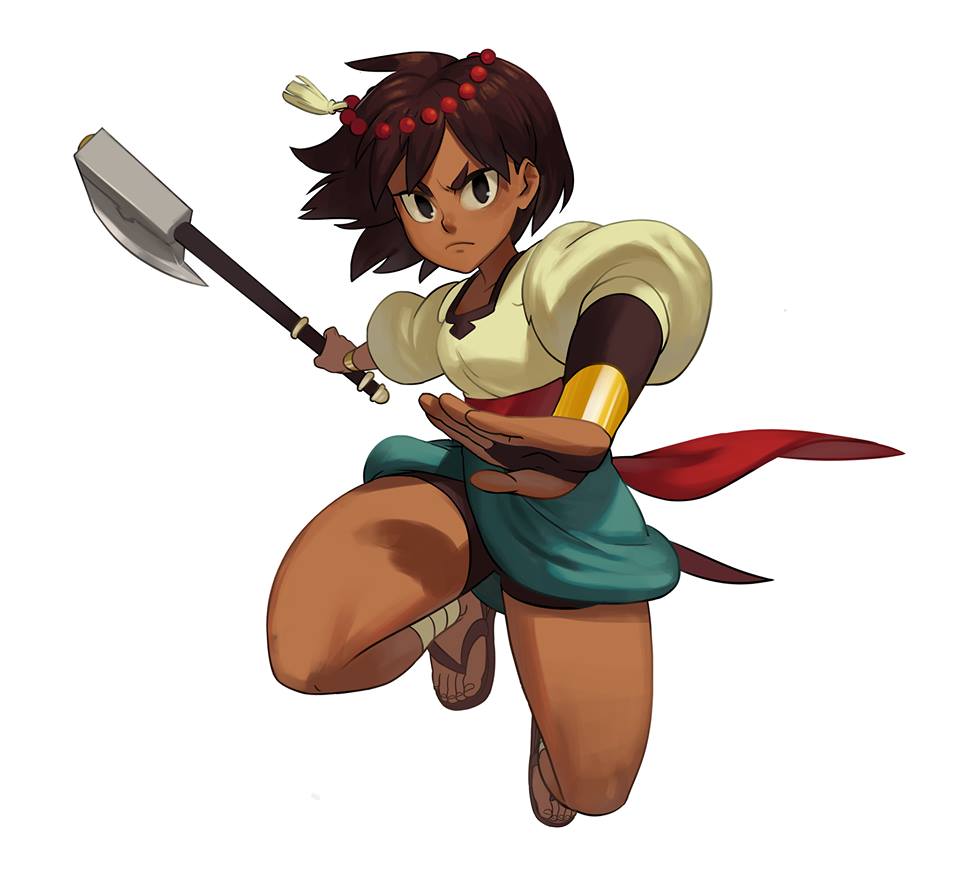 Indivisible is still in the development stages based on progress posts on their social media. For those interested, they can see snippets of their progress in character animation and beautiful setting design on their Facebook and Twitter. Their tumblr page also has brief gameplay examples, like this one here.

For those who want a little more insight and updates, they can get sneak peeks at the other heroes and content via a newly published devblog. They can also sign up to be part of the mailing list for notifications on the latest as they happen.

According to some questions the team has answered on their Facebook, we can expect Indivisible to release a playable prototype and Indiegogo campaign for funding some time in early September, but the full game release date isn't until 2017. It does not yet have an ESRB rating.