A controller of good quality can be vital when gaming. If quality is your priority, I wouldn't recommend buying a Mad Catz controller for your GameCube.
by J Nicole Miller

Controllers come in all shapes, sizes, and levels of quality. The worst one, by far, that I have ever used was the Mad Catz wired GameCube controller.

Now, Mad Catz has a bit of a reputation for not having the best quality products, but I didn’t know that when I bought my controller. All I knew was that the wire on my old one was frayed, and I needed a replacement. So I bought one. Big mistake. 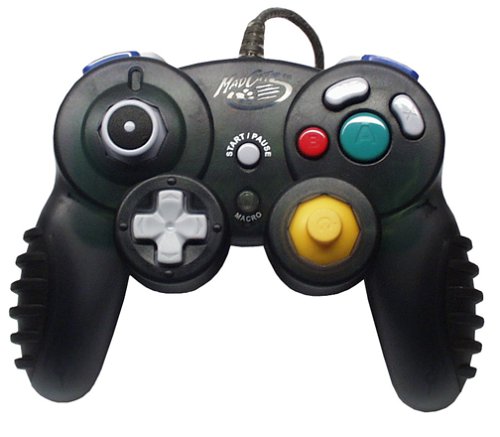 At first, it was okay. Sure, the buttons would stick sometimes, making it harder to game, but it was rare enough that I could deal with it. Over time, however, the buttons began to stick so badly that I was incapable of playing certain games at all.

Then I noticed something. I set my controller down for a moment, getting up to grab a bottle of water, leaving it completely unattended. When I returned, my character had somehow managed to walk into a wall and was continuing to move. I joggled the joystick a bit, and it stopped. I brushed it off as a freak incident and paid it no mind.

As I continued to play, I noticed that, in order to have my character remain stationary, I had to constantly hold the joystick. The moment I released it, he would begin walking off to one side until he hit a wall or some other sort of barrier.

These issues eventually managed to frustrate me enough that I ended up buying a new controller for my GameCube. This time, though, I bought a wireless Wavebird one and haven’t had a problem since.