A few weeks back, I sat down with G.B. Burford to talk about game critiquing. One of the things we touched upon was reviewing with synesthesia. In the interview, G.B. even admitted he couldn't really nail it down how it felt to feel this way, but Marvel's recent Netflix series Daredevil actually captures a lot of what it feels like.

Synesthesia is a neurological phenomenon that triggers multiple sensory responses from stimuli.

Each of us with it just genuinely feel things on a different level than the average person. When most people look at a number, they only see a number. But when someone with synesthesia sees a number, they might also feel an emotion or see a different color in response to it.

I tried to get a better grasp on what this meant and how it informed my reviews, and it took several years to get even an implicit idea of what it was about. Explaining it briefly has always been a struggle as a result. But in the Daredevil episode "Stick", when we learn how Daredevil started his training, there's a scene that perfectly encapsulates how it feels. The titular mentor Stick and a young Matt Murdock (i.e. Daredevil) are sitting on a park bench, eating some ice cream. Stick asks Matt about the ice cream, wanting him to describe it. Matt just says it's vanilla. Stick then tells him to look deeper, and Stick dissects what makes it up.

He talks about how there's tons of chemicals in it, along with a hefty amount of sugar and cream. He notes the hint of dirt from the ice cream man, who likely was doing gardening before going to work. He uses his sense of taste to detect multiple aspects all at once. He extrapolates the sensations and divines a meaning. It's more than paying attention to details -- it's figuring out how they connect and what your brain is telling you.

This is the closest I think anything has come to explaining what it is like for me when I am reviewing a game.

Let me give you an in-depth example: When I was playing through the Halo saga for a retrospective, I spent a good hour or so trying to figure out why the weapons in Halo 4 seemed less satisfying than in the original trilogy. On a superficial level, the guns felt more powerful, but they also made me feel hollow, like as if there was an echo chamber in my body that would ring slightly with every shot. It didn't matter if the Covenant died faster, there was still something missing. I wasn't just hearing the gun sounds, I was feeling them too.

I found myself favoring weapons that felt more like the ones in the old games did. This was particularly confusing since firing a shotgun in Halo: Combat Evolved felt almost therapuetic. The gun would move, and it felt like I was performing some graceful motion. I'd reload and it felt like a clock was ticking down in my head, and like my mind was counting every second before I could fire again. Firing was like ramming a truck through a solid wall and coming out the other side perfectly intact.

The sensation of using a weapon in Halo was amazing. So why did Halo 4 lack this? Because my synesthesia allowed me to notice all these things, I realized that 343 Industries favors a lighter, almost Tron-like feel to their equipment. You don't notice it at first because most guns and enemies look the same, just shinier. I had at first thought the difference was because of the rebalanced combat, but it wasn't. Halo: Reach did the same thing with a lot of the combat, and it worked fine. Except Reach still had the right kind of sound design and animations to make it all click together and trigger the same response.

And that wasn't the only thing I felt while running through it. Playing Halo 4 was almost like a woosh of air behind my ears, alongside that echo chamber effect. Everything was so clean, so smooth, it almost felt like a completely different entity. It's such a different animal that you wouldn't even need to point out to me that a different team besides Bungie made it. It's written everywhere, if you stop and observe it.

I try to look this hard at every game, and it's why I often take issue with some games other people like.

Once you start doing that, you realize there just isn't an equal amount of focus, execution, and effort that universally makes a game good. Sometimes a game can have amazing stimuli triggers and great ideas, but its execution is a mess. It can be a beautiful mess that sends your brain flying, but it is still a mess. Likewise, a beautifully executed game can feel like eating bad McDonalds food. It has nothing to say, nothing to do, it just feels so artificial and forced that you can hardly force yourself to bother with it.

Believe it or not, this actually really sucks, and is not something I take pleasure in. "Ignorance is bliss" is no joke -- I can't ignore it when something's off. It's like a siren to my ears or a blinding light. It's why I might take a controversial stance on a game. Yet, while I can't ignore what I feel, I know a lot of people aren't going to feel the same. This has been the case with several games.

I mean, back during my days amongst the Game Informer user blogging community, I would catch a lot of fire for some things I'd say. Like, saying I found Borderlands boring, dull, and kind of dry. It genuinely was like eating stale toast for me. I think I got told to die in a grease fire over that. (Or maybe that was for giving Uncharted 2 a 6.25 out of 10.)

Despite all the negativity, I still feel the stimuli no matter what, and try to take it into account. Here's another example: the cover movement in Spec Ops: The Line. When I first looked at it during the tutorial sequence, it seemed manageable, but not spectacular. Yet, as I grew accustomed to the game and started to absorb it all, I was perplexed by it.

The more rigid feel made my own body become tense. Like I was in the firefight. I felt like I had to be ready to move when I popped out, and be headed right for where I needed to be. But the added clumsiness of popping out of cover would unfortunately pull me out of my immersion, dulling the impact. It was like a duel between a great feeling and a mediocre one.

The heavier weight added so much to the movement experience for me, but when I had to do the weird "walk backwards to leave cover" thing, I felt like I was being pushed out into line of sight. Instead of it permanently bringing down my experience though, it encouraged me to always to try to stick to mobile cover and be more precise with my aiming so I'd have less enemies trying to drop me. A negative stimuli actually improved my playstyle. That is how unpredictably helpful synesthesia can be at times.

It's not always helpful though.

If a game can truly incur no response to your synesthesia, then it's like a deafening silence. To date, I can only name a handful of games that have given me little to no response: Army of Two: The 40th Day, the Sinbad tie-in game (kids make bad game purchases), Avatar: The Last Air Bender (I was naive once upon a time), and the Timeshift demo.

Most games, at worst, just leave me feeling incredibly empty and bored. If a game can't even conjure up that, then I honestly start questioning why I'm even bothering with it. The lack of triggers is almost unsettling. It's almost like losing your sense of smell or taste. The world becomes that much less colorful, whether it's good or bad.

It is impossible to imagine a world (or a game) without my synesthesia, and honestly I don't want to.

Synesthesia is very rarely discussed in the forum of critiquing art and media. It can be an eye-opening wonder (even if it comes at the cost of sometimes driving you to controversial opinions), and I for one am glad I experience it.

I don't expect everyone to feel the same way about games, and I wouldn't want them to. I am happy whenever someone gets pleasure out of a game, but I also can't just ignore what is a very core part of how I experience the world. Ignoring the stimuli is like ignoring the taste of food or the pain from a bruise.

Does that make me better as a critic than anyone else? No. It's just different.

It took me years to understand what my responses meant and how to tell when it was a positive or a negative. Sometimes something I thought was good would actually turn sour, or an aspect I'd hate about a game would start to trigger a different response and I'd start to like it.

However, it does heavily inform certain opinions and what aspects I focus on with a game. It makes me dig heavily into the details and start to think hard about a game. I honestly don't think I personally would put as much thought into some games as I do, if it weren't for the synestheia. So while it doesn't make me a "super critic", it makes me try to do my best, and for that I am genuinely thankful. 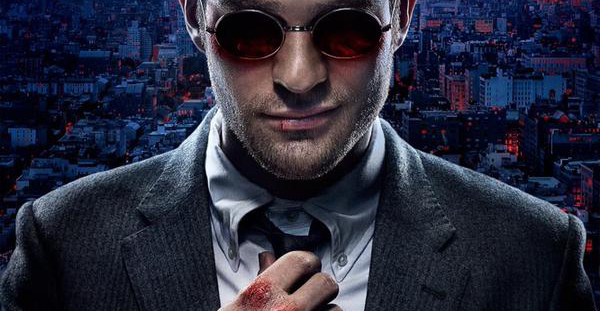