Need to catch up on the Metal Gear series? Then, check this article out for all the important info up to this point!
by Synzer

This article is for all those people and anyone that just wants to make sure they are fully prepared for the launch of Metal Gear Solid V: The Phantom Pain. I'll go over all the important events that lead up to The Phantom Pain. This means I'll explain the actions of Big Boss and not Solid Snake. Below is the fictional timeline of all the Metal Gear Games. This is the first game in the timeline and you play as a younger snake, who later becomes known as Big Boss, when he was in the original FOX unit. The game takes place during the Cold War and Snake is sent to retrieve a Russian scientist named Sokolov, who defected to the United States. Major Zero, Para-Medic, and Snake's mentor, The Boss, aid him via radio on this mission.

Snake gets Sokolov and everything goes according to plan until The Boss shows up on a bridge. She explains that she is defecting to the Soviet Union to join Colonel Volgin, then gives him two Davy Crockett miniature nukes as a present. After a short fight between The Boss and Snake, The Boss injures Snake and throws him off the bridge. Cobra Unit extracts Sokolov, along with The Boss and Volgin.

Snake survives the fall and has to do emergency first aid while he waits for extraction. On the way out, Volgin decides to test out one of the miniature nukes by blowing up the Russian base they took Sokolov from. Since the weapon and helicopter Volgin used were American, it looked like the United States were behind the attack.

Once Snake recovers at a facility, they send him on a new mission. It turns out that Volgin is in an extreme faction that wants to overthrow Khrushchev and the only way to prove America's innocence is to stop him and kill The Boss. Volgin is also forcing Sokolov to finish his weapon, Shagohod, which is a tank that can fire nuclear weapons.

An ex-NSA agent who defected to the Soviet Union, named EVA, helps Snake during the new mission. Along the way, he runs into Ocelot several times and foils him each time, giving him pointers along the way. Snake is the one that tells Ocelot that he is better suited at using a revolver. This leads to Ocelot using revolvers and later becomes known as Revolver Ocelot.

Snake eventually defeats all the Cobra Unit and reaches the main base, where he is captured. During his torture, Ocelot suspects EVA of being a spy and starts to attack. Snake intervenes and loses his right eye when Ocelot accidentally shoots.

Snake escapes and finds Volgin, The Boss, Ocelot, and EVA. Volgin finally finds out that EVA is a spy when she has stolen information. It is revealed that there was a secret organization called The Philosophers, consisting of the United States, China, and Russia, who worked behind the scenes to control world events. During the confusion at the end of World War II Volgin's father seized control of The Philosophers Legacy, the fund they used to pay for everything.

EVA stole that info and Volgin got it back. Volgin gives the disc containing the info to The Boss and she takes EVA away. Snake beats Volgin in a fight then escapes after destroying the facility the weapon is in. EVA returns to take Snake to the extraction point, but Volgin returns with the Shagohod completely intact.

Another fight commences and Snakes kills Volgin and destroys the Shagohod. Once he and EVA reach the escape plane, Snake tells EVA he has to face The Boss. When he finds The Boss, she explains her history and reasoning behind her defection. This reveals that she has a child with The Sorrow, a member of Cobra unit, and that child is Ocelot.

Snake eventually defeats The Boss and after an intense, emotional moment, he kills her. Snake gets on the plane and begins to escape with EVA, when Ocelot shows up. They have a last duel and Snake wins, but does not kill Ocelot. Ocelot leaves, then Snake and Eva finally escape.

They spend the night together, and EVA leaves in the morning before snake wakes up, leaving a tape behind. The tape explains that EVA was actually a Chinese spy sent to get the Philosopher's Legacy, which she takes with her when she leaves.

She also reveals that The Boss didn't really defect, she was sent on a mission to retrieve the Philosopher's Legacy as well. Volgin ruined that mission when he destroyed the Russian base. Her last mission was to die by Snake's hands and be known as a traitor to protect the United States.

Once Snake gets back home, he is rewarded for his accomplishments and given the title of Big Boss. After the credits, a call is heard between Ocelot and an unknown person. He reveals that the microfilm EVA took was a fake and that USA and Russia both hold half of the Philosopher's Legacy. He also reveals that he is talking to the CIA and was working with them the whole time.

There isn't a lot you need to know about this game. Below are the main points you need to take from it.

This is the last major game you need to know, and probably most important, before The Phantom Pain. The biggest part of the gameplay is the Mother Base feature. This feature allows players to build up a base by sending soldier, scientists, etc., who they meet during the game, back to base.

Players can research things and build up certain aspects of the game, such as weapons and technology, to create better equipment.

This one isn't as long and I'll try to keep it as brief as possible. Snake and Kaz Miller formed a small mercenary organization, MSF. Mena, who is a professor at the University of Peace, approaches Snake with his student Paz. He wants them to investigate an army hidden in parts of Costa Rica.

Snake recognizes Mena as a KGB agent and initially refuses, but later agrees when Mena plays a recording with The Boss' voice. Once he gets to Costa Rica, he suspects the army stationed there has brought in nukes.

Snake rescues Dr. Emmerich, who was working on the Peace Walker project, and seeks out Dr. Strangelove, the designer of the Peace Walker's A.I. systems. He finds out The Boss' voice came from the A.I. and Stranglove modeled the primary function after The Boss' personality. 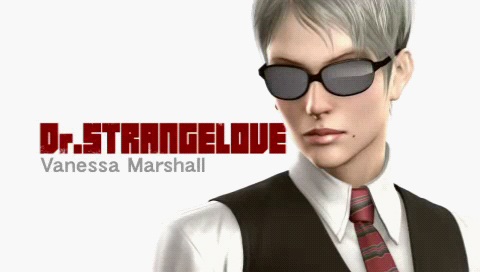 Strangelove also demands to know if The Boss really defected or if it was part of a mission. Snake keeps telling her that The Boss was a traitor, which leads to Strangelove torturing him for the truth.

Snake chases Peace Walker to an American airbase near the Nicaraguan border. He confronts Coldman, who explains his plans for Peace Walker. His idea is to stop all future conflicts by showing how perfect Peace Walker can be.

He believes humans would never retaliate in a nuclear attack because they don't want to be the one who destroyed the human race. Peace Walker will retaliate automatically and needs no human input.

Mena enters with a group of Soviet soldiers and reveals that his real name is Vladimir Zadornov. His real purpose was to take Peace Walker for the Soviet Union, but his takeover is interrupted as Snake's mercenary group and the rebel group arrive to help.

After the battle, Zadornov is captured and Coldman is dying. Before he dies, Coldman uploads false data from Peace Walker that convinces NORAD that the Soviet Union is launching a nuclear attack on the US.

Snake calls them and tries to convince them it is fake, but they don't believe him and prepare to attack. The Boss' personality takes over Peace Walker and drowns the weapon in the nearby lake, sacrificing herself for the last time.

The data stops and NORAD finally sees that it wasn't a real attack. Later, MSF recovers Peace Walker and change it into a new weapon, Metal Gear ZEKE. Snake decides this will be their own nuclear deterrent so they can stop foreign attacks.

Zadornov escapes from the help of a traitor and Snake stops him and kills him. During the escape it is revealed that Paz is the traitor and that she was actually working with Major Zero all along. She takes control of ZEKE and tells Snake to hand over the MSF to Zero, now known as Cipher, or she will launch a nuke at the United States. 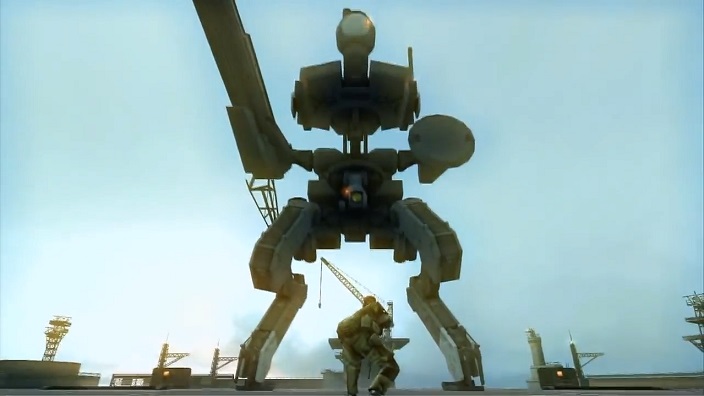 Snake stops ZEKE and Paz is launched into the ocean. Snake rallies his troops and finally accepts being called Big Boss. He tells everyone that they are living in Outer Heaven, which is important in the events that come after The Phantom Pain.

There is only one story mission in this game and it stands as a small intro into what is going to happen in The Phantom Pain. If you have it, or don't mind buying it, I recommend playing this game for a few reasons.

This is extremely quick, but still important to the story as it sets up everything in The Phantom Pain.

Big Boss finds out that Chico and Paz, have been captured and put on a base. Snake/Big Boss' job is to find them and extract them from the base.

Once Snake finds Chico, he says that they killed Paz. Snake extracts him, then find clues that point to where Paz may be. Eventually, Snake finds Paz, who has been tortured nearly to death. As Snake extracts her, she keeps saying something about her stomach.

Snake finds out that she has a bomb in her stomach, which a surgeon on the helicopter safely removes. When they begin to each Mother Base, Snake notices fire and that it is under attack. He tries to fight back, but they eventually have to escape.

Paz wakes up and starts talking about a bomb. They tell her that they already took care of it, but she's tells them there is another one inside her and she jumps out the helicopter. She explodes midair, causing the helicopter to crash into a pursuing one.

After that, it is revealed that Snake has been in a coma for 9 years since the attack. He eventually wakes up and seeks revenge for the destruction of Mother Base and Paz.

That's everything you need to know leading up to Metal Gear Solid V: The Phantom Pain. If you have time, you can also watch videos by KefkaProduction that show the full story of each game.These are professionally edited videos that have every important gameplay moment and cut scene in each game.

Be sure to check back at GameSkinny once The Phantom Pain launches on September 1st as I'll be covering the game with guides and other tips to help you though.