From Red Dead to Elder Scrolls, this is my list of my 8 favourite open world games that do the formula much better than all the rest.
by Stephen Brown

For many people, a big draw for playing video games is escapism. They allow you to break away from the monotony of real life for a few hours a day. And they give players tons of freedom -- freedom to choose how they play, freedom to be someone else, freedom to explore a huge and vivid world.

That's why open world games have become hugely popular over the last 10 years or so. In fact, they've become so popular that the genre is starting to feel oversaturated -- especially with lots of both sub-par indies and AAA games crowding the market. But in the myriad of open world games out there, there are several that really get their game worlds right.

Here are a few of my favorites. Let's see why they're the best of the bunch. Big open spaces, slaying hordes of zombies, parkour, what more could you ask for in this undead recipe for incredible fun. Dying Light got so much right when it comes to freedom and exploration. The maps were huge (especially the map in the Following DLC), combat was extremely satisfying, particularly when you unlock new moves and upgrade your weapons allowing for more unique fighting situations.

The first person parkour system was a great design choice in allowing for greater immersion and heightens the scarier sections, more so at night when facing the fast and deadly volatile. Even though the main story is nothing to write home about, the rest of the game more than makes up for this plus, the DLC improves the game even more with the addition of having a vehicle to roam around in.

Being a huge fan of the Dragon Age franchise, I was cautiously optimistic when Dragon Age: Inquisition was announced to be open world. Although yes, it is not fully open world as the world is split up into sections, however those sections are so massive, I believe it still counts.

After the mixed reception of Dragon Age 2 (I personally liked the game despite its flaws), the move from linear corridors to open environments was a huge breath of fresh air. The locales are rich, vibrant, massive and greatly varied. I found the combat the best in the series, a good mix between the tactile Origins and action heavy second game. More importantly, the story and characters. Storywise it was better than 2 but not as good as Origins, I found the main villain to be a bit weak and not hugely threatening, however he does the job competently.

The characters on the the other hand is one of the game's standout aspects, Characters like Iron Bull, Dorian, Varric, Vivienne, and Cassandra are all very likeable and hilarious. They all share banter between each other adding to their personalities. Also, Morrigan makes a return who makes the game 10 times better by herself. 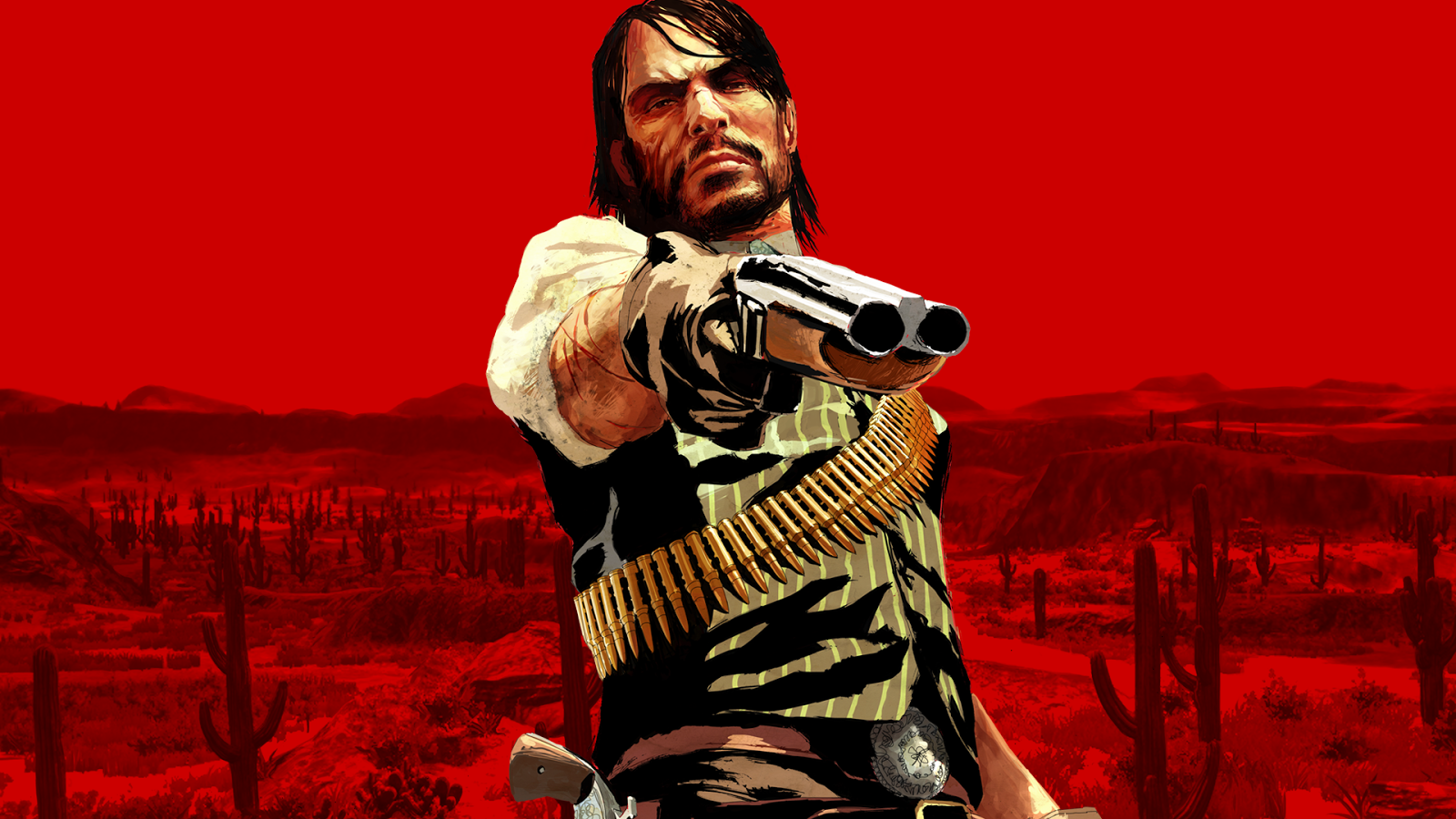 I've never been a fan of Grand Theft Auto but I appreciate their significance in the open world genre. Red Dead Redemption on the other hand I absolutely love, from its world, the wild west setting and its strong cast of characters to the gripping and ultimately sad ending.

The main character, John Marston, is a relatable and highly likeable anti-hero. A man wanting redemption for his past criminal actions in order to provide a better life for his family. With a wide range of side quests and activities to indulge your time in such as playing poker and bounty hunting, you'll be kept busy for a long time.

The online play was massively fun and only added greater value to this wild west masterpiece. Also having one of the best DLC's ever in Undead Nightmare, is just the icing on the cake as it allowed you to fight the undead horde on the back of a horse from hell.

A game 10 years in the making. For gamers and fans of the series, 10 agonising years of delays and waiting. Well, Final Fantasy XV finally came out and luckily, it hardly suffered from the development cycle hell of those painfully long years.

It's visually stunning game with a massive open world that you can traverse by walking, by chocobo or by literally cruising in your car which is made better by the fact that you have a radio that allows you to listen to a huge selection of songs from the entire series. The strong cast of main characters are enjoyable to have on the adventure and the main villain is arguably one of the most complex and intriguing in the entire series, on par with the likes of Sephiroth and Kefka.

Having an action combat system similar to Kingdom Hearts is a much welcome change for the franchise, being tactical, fast paced and engaging. Having watched Kingsglaive and Brotherhood beforehand added to the story and together, make the overall narrative one of the best in the series. 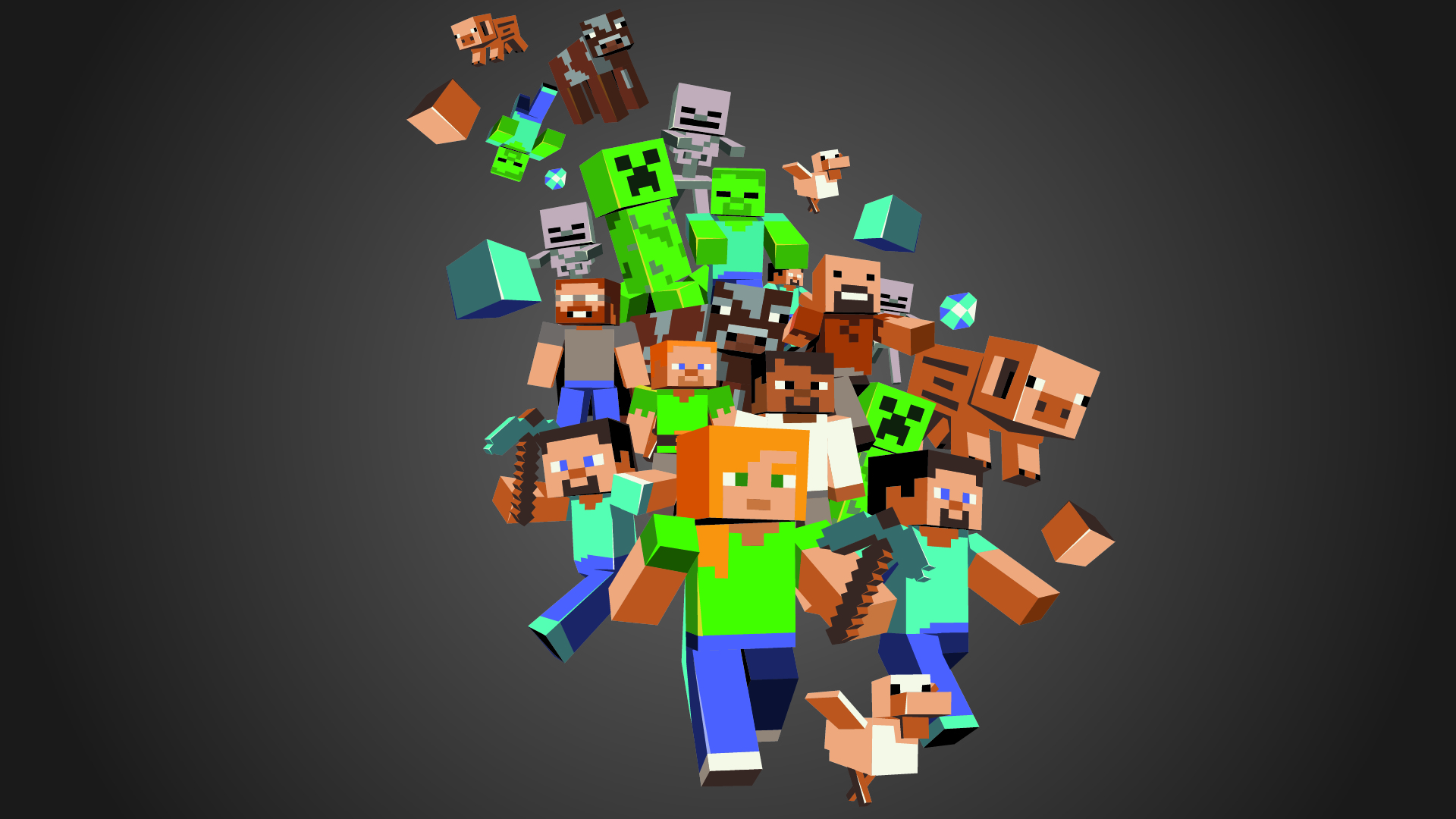 One of the best selling games of all time, Minecraft captured the hearts of gamers worldwide with its simplistic art style and premise, complete freedom to create whatever you want.

Do you want to just build a small house to store things while you go off exploring, you can do that. How about turning to agriculture and slowly building the biggest farm you can think of, sure go ahead. Perhaps you want to go in creative mode with unlimited resources so you can design and build an explorable Hogwarts, by all means, if you have the time just do it.

Giving this much freedom of choice to the player is what makes Minecraft arguably one of the greatest open world games ever created. Just watch out for a faint hissing noise while building and near explosives as you might just see your entire creation destroyed by a creeper.

With this entry in the series, it is arguably the best in Bethesda's side of the franchise. Don't get me wrong, I like Fallout 3 but New Vegas improved so many aspects, making it stand out much more than the others. Furthermore, Fallout 4 was such a disappointment for me but I won't get into that in this list.

What made New Vegas so good was the focus on player choice leading to such diversity in its factions and endings, however my only major gripe with the game was that you could not continue after the final mission. You had to reload a previous save, but it wasn't a big enough deal, just a design choice.

The companion system was improved, allowing you to receive experience if your follower killed something making it a better plan to have a companion with you. Overall, I liked the setting of Nevada and the interesting story and side quests, the DLC wasn't as good as Fallout 3 but were still good additions. 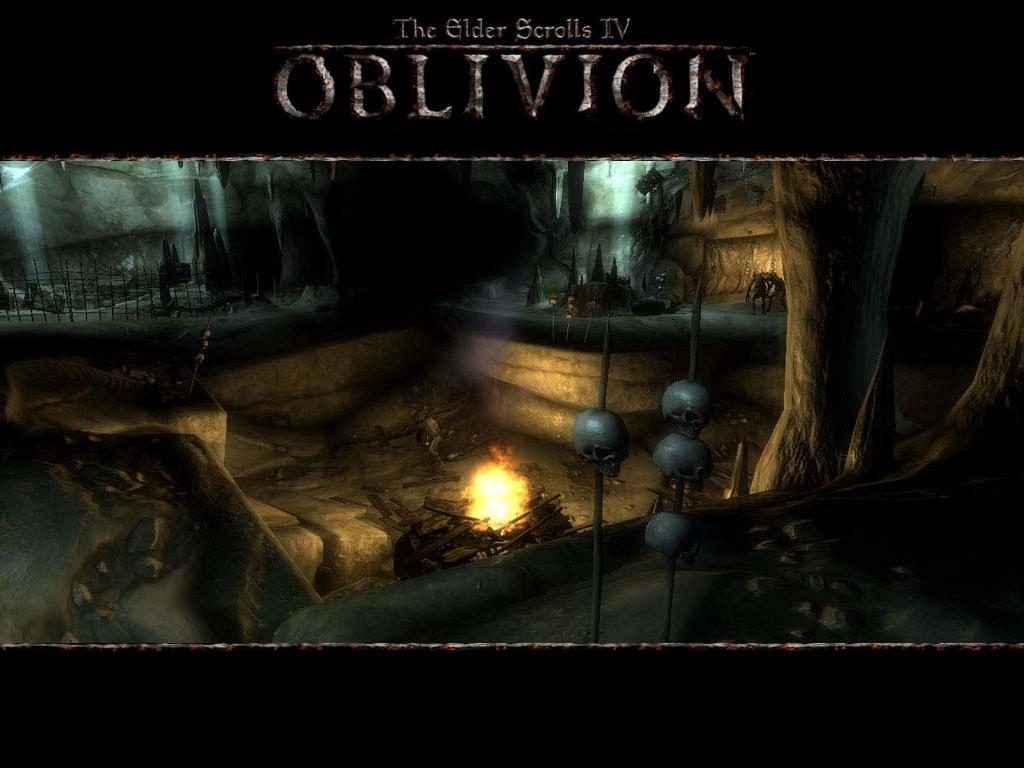 What?! How do I think Oblivion is better than Skyrim. Well, frankly I genuinely feel that Oblivion added to and improved the Elder Scrolls series much more than Skyrim. It drastically improved the combat from Morrowind, however Bethesda, no matter what entry in the franchise still hasn't got a magic system that works very well.

This game feels more Elder Scrolls for me than Skyrim, it has more heart and soul. The plastic skinned characters actually spoke as if they were interested in what you had to say whereas most citizens of Skyrim sounded tired and depressed. The guilds were mostly better, offering truly unique side quests such as the murder house quests, where you're tasked with assassinating everyone in the mansion whilst watching them slowly go mad and accusing everyone else but you.

It was moments like this that made Oblivion stand out as my favourite Bethesda RPG. It also helps that it has one of the best pieces of add on content, the Shivering Isles, which was such an incredible adventure to experience. Well, what can I already say about this masterpiece of an RPG that many others haven't already said. The Witcher 3 truly and drastically changed my expectations for what an open world game can achieve. Its main narrative kept me hooked throughout my total 90 hours in the main game.

This was only amplified by the diverse, interesting and multi-dimensional characters that inhabited the world. I felt so invested in these characters that when anything bad happened to them, it made me really emotional (even actually crying at some points). Its combat was addictively fun and strategic, where boss battles really tested your skill and reflexes, particularly on harder difficulties.

One of the most important positive aspects of this game is that it has arguably the best side quest design in an open world game, where I really wanted to find and complete side quests just for the story that accompanied them and not for the prospect of a reward.

The generous price for quality DLC, Hearts of Stone and Blood and Wine are some of if not the best DLC ever made, with the former really experimenting with the narrative, culminating in one of the most creepy and well design boss sections I've played. The latter added a massive and visually different region to the main game, which I spent roughly 30 hours exploring and finishing to completion.

I would love to go into greater detail about how much I love the Witcher 3, but I can't, so I will say this last thing. Long after the credits rolled and months after my second playthrough on the hardest difficulty, I'm longing to go back right to the beginning and start again. I want to see all the characters and experience the amazing side missions all over again.

I definitely believe that open world games have that certain quality that makes it easy for us gamers to become hooked and invested in these games. But it is when these incredibly designed worlds are joined with impeccable storytelling and relatable and interesting characters that make the journey/experience all the more worthwhile and memorable.

When a game makes you think about its story, world and characters long after finishing is when you know that the developers have made something truly special. For me, The Witcher 3 did this with such ease and grace and that's why it is my favourite open world game ever so far. Thanks for reading.