The Prius Online to Arcane Saga conversion is definitely not perfect, and it desperately needs some work.
by Ashley Shankle

Being a player of Prius Online when the game was still alive, I was excited to see Netmarble grab localization rights and bring the game back under the name Arcane Saga.

The story, the world, the PvP, and (of course) the Anima system all drew me into the original game back in the day; and I had hoped this reboot would give me the chance to hop back into the world of Prius after all this time. In many ways, Arcane Saga failed me on this front.

It's sort of an MMO player's dream to see a game they love be given a second chance well-after they had given up hope and moved on. To experience that one game again, fresh and under new, more competent management.

There are two sources of revival in this industry: From the ashes and from the grave.

A franchise or title brought back after years of neglect and set to do better than its predecessor could be said to have risen from the ashes like a Phoenix. Bright and full of life, acknowledging that the sky is the limit.

I am truly an artist.

A franchise brought back from the grave is quite different. The franchise or game in question is dug up, and facets that had decomposed while buried were replaced with parts that look similar, but ultimately are less efficient and serve less function. Unsteady and incapable of comprehending what's going on, the future for this type of game is generally bleak.

Arcane Saga is an example of the latter. Many of the features found in Prius Online have either been stripped away or molded into something less than optimum in the name of Netmarble's metric's idea of fun.

The Anima system has essentially been done away with sans her automated abilities, soul collecting, switching to Anima control, and Pero taming. You no longer have to interact with her, nor does she handle your crafting anymore. As it stands, your Anima is a remnant of the old systems found in Prius, and within the game's current systems she has no use. The player character could easily tame Pero and collect souls themselves, if allowed. 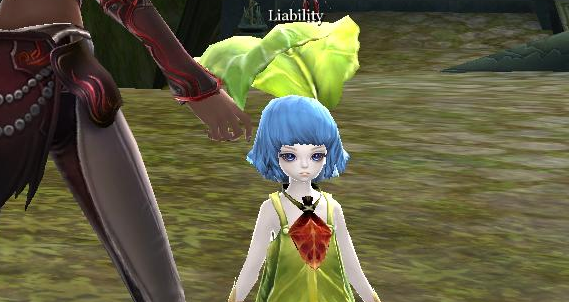 The problem with the removal of the core Anima systems is the fact that can no longer connect with them like they used to. They specced them into certain roles, protected them if they got into trouble, watched them as they tried their best to cook, and spent loads of money both in the cash shop and in-game to dress them up. A player's Anima was an essential partner, a core story component, and the reason a player could transform into Gigas.

Netmarble have mentioned that Gigas will be implemented again in Autumn, but what is the point of having an Anima partner at all in this incarnation of the game? I loved my little CC and cooking bot named Liability. Why can't I have her back, just as functional as she was before? From what I've read in the forums and in-game, I am not alone in thinking that this particular change in the game is heartbreaking and dumbfounding.

The first thing a Prius player will notice after logging in is the desolate starting areas. The old starter towns were of reasonable size and packed with NPCs and quests. This was the case because leveling was much slower at that time, but one still cannot forget the important first impression a starter town makes. 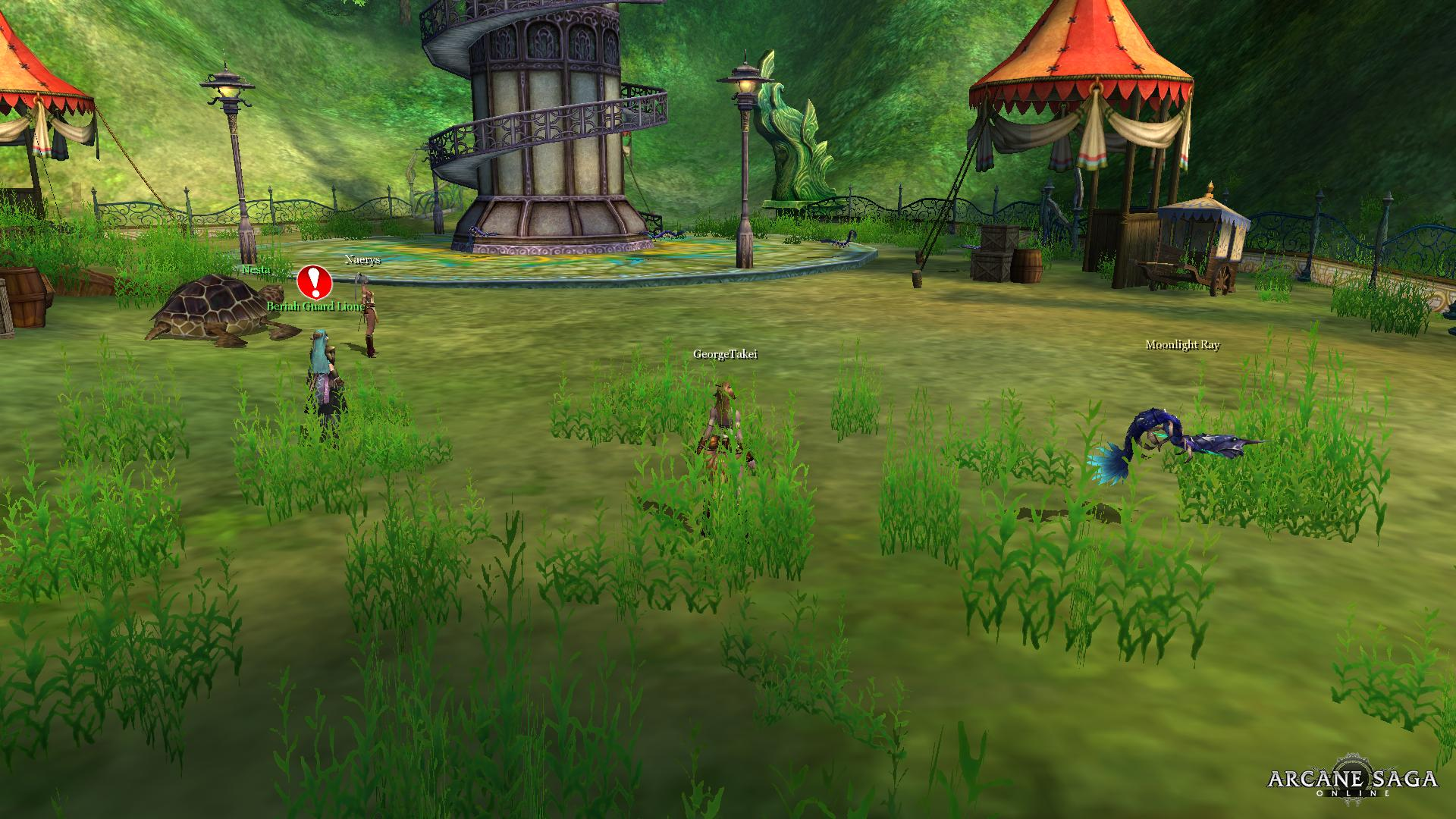 The current starter towns are not towns -- they are tiny outposts filled with mobs and nauseatingly easy quests meant to make you hit level 10 in 5 minutes. It feels cheap, as if Netmarble couldn't figure out where or how they wanted to get players started. The first town you come across will be the original starting zone for your race, but there is little to do in these areas. They feel like a pit-stop. 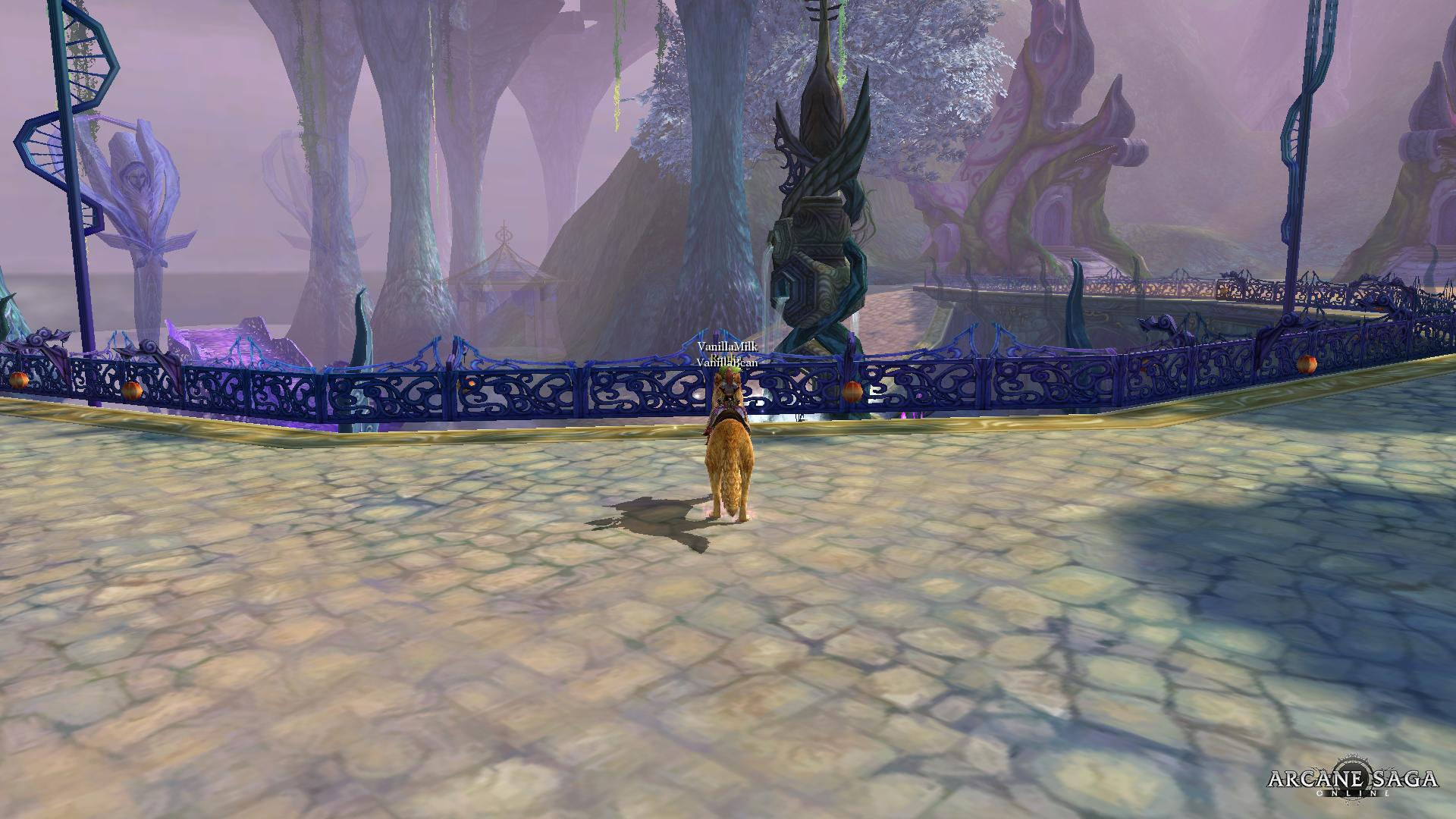 A small part of the Beriah starter town in Prius.

As you level, every town begins to feel like a pit-stop. You run in to grab quests and you leave. Maybe you'll be back, but you probably will not. Each race's storylines have all but been wiped out with these changes, particularly that of the tragic Ayin race.

Leveling itself feels lop-sided, as the first 29 levels are meant to go as quickly as possible with level 30 being the point where it takes more than five minutes to level. While I am not too fond of intensive level grinding, rushing through the first 20+ levels to ram into my first dungeon is not my idea of fun; nor is hitting a grind wall around level 50 up to level 100.

Give me my game back -- Not a leveling simulator!

I don't understand what is so complicated about re-instating the old starter towns with a slightly higher experience rate. The first fourth of the game feels as if there was no effort put into it whatsoever. How is that preferable to simply adjusting the experience rates and keeping the beginning areas the same?

If Netmarble wanted to give players "fun", they would have raised the early game experience rates slightly and raised them a bit more at later levels. There's this whole world to explore, and so much of it has been made useless that you play the game and you can't help but think it's garbage. You think it's stinking, repulsive. There are mobs everywhere, quests are uninvolved, towns are essentially useless outside of getting groups, and you out-level areas so quickly up to level 50 that you don't get a feel for them at all.

It's frustrating to come back to a game you used to love and find out it's been gutted like a defenseless fish. 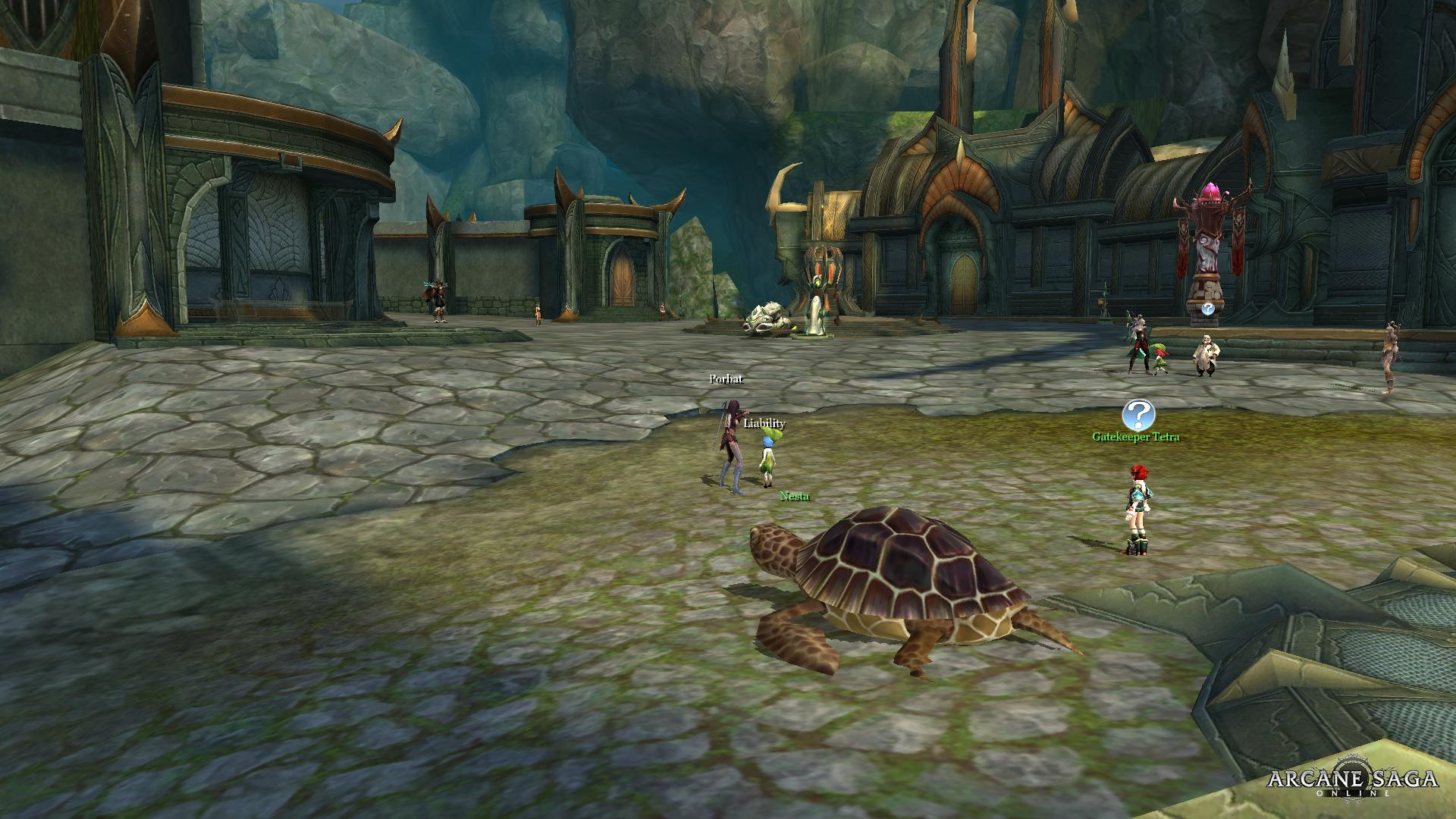 This town used to be a questing hot spot. Now it's empty.

Back in Prius, you started with a class and then chose to go one way or the other class-wise once you reached the appropriate level. You had expansive skill trees, a choice of weapon-types, and the fateful job change mentioned above.

The issue is that here in Arcane Saga, a player is given all three classes at set levels and can switch between them. One at level 1, one at level 25, and the third at level 50.

The above doesn't sound bad, right? But consider that each class can only use one weapon type and none of them can interchange skills. What's more is each class is very specifically meant for a particular role. For example:

The classes and gear say specifically what they are meant for, meaning there is very little in the way of wiggle room for customization. The only true customization you give your character comes from your gear and the combos you create. The combo creation system is great and a huge improvement over the original, but this restrictive class system almost ruins it entirely.

The old class and skill tree system allowed for a large amount of customization. It's difficult to understand why Netmarble decided to toss it in the bin, when the Prius skill tree was one of the best I've ever had the pleasure of pondering over.

Amidst all of the bad mentioned above, there is still some good to be found in Arcane Saga.

As noted in the class section, the combo system is very nice. Players can create a combination of six abilities and tack on passives for five of them. The passive list is extensive and encompasses healing, defensive, and offensive needs.

These combinations make combat fun, but it just feels like a waste when you need to change jobs and can't make use of that finely-tuned skill combination you spent an hour working on. 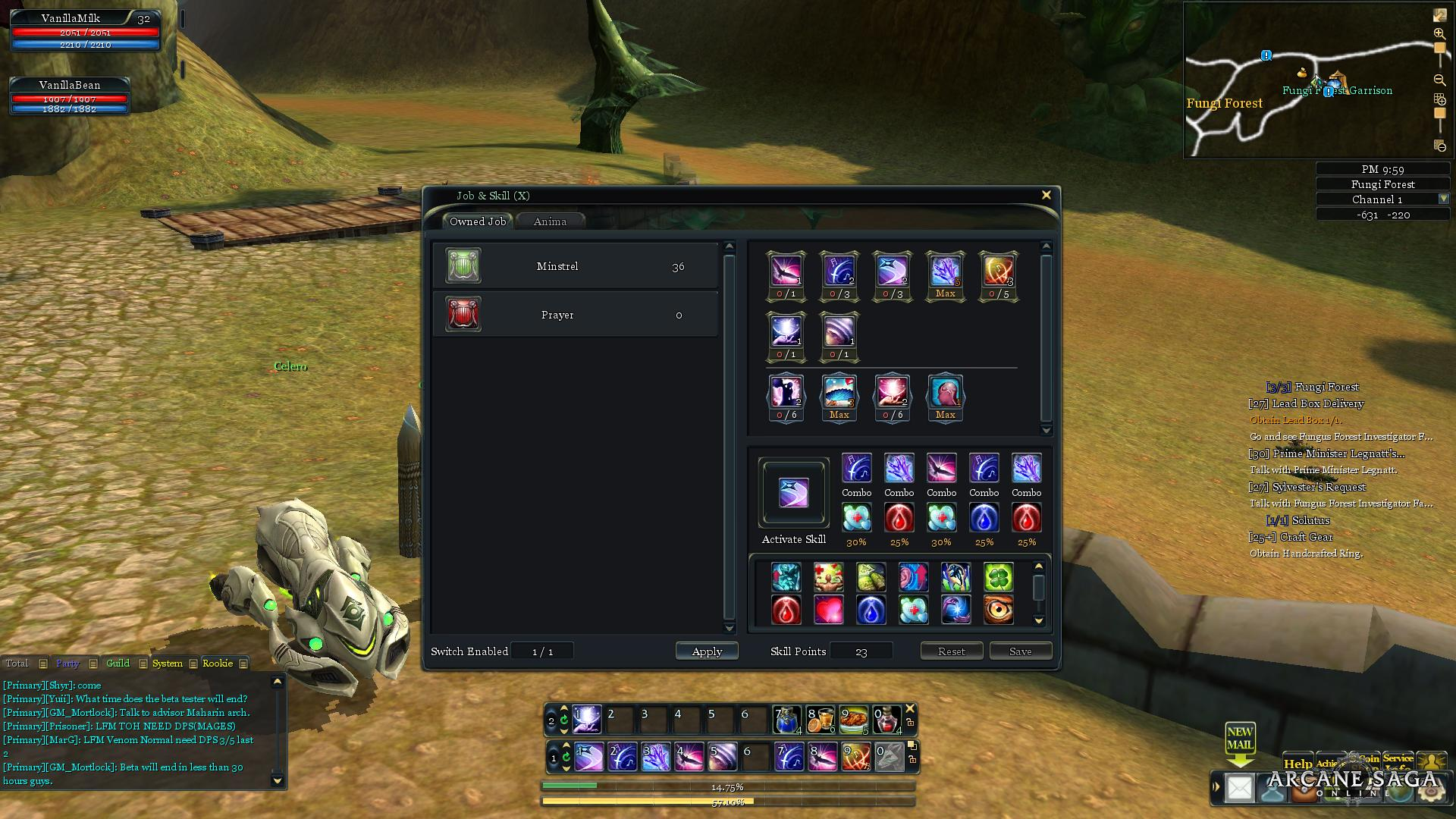 The new crafting system sans your Anima's help is, I admit, better than the previous system. It's much easier to get into as you can craft anywhere on the field, and the gear creation is nice and easy. This is one aspect of the game that has definitely improved over its previous incarnation, though that does not excuse the lack of Anima interaction or usefulness.

There is so much potential here, but Netmarble needs to find the mid-point between the old and new systems. A fun combat system is all well and good, but it's useless without some supplemental fluff and systems.

I do not mind that we did not simply get Prius Online v. 2, but I do mind that what has been added is so lacking and what was taken away was so robust. Arcane Saga is rumored to be launched in June, but if the game releases in the state it is now it will not last. Something needs to change here.