With the divisive Killzone: Shadow Fall, is there still a chance for the Helghast to regain their glory?
by Elijah Beahm

We live in an age of reboots and re-imaginings. From total reboots like 2013's Tomb Raider to soft reboots like Assassin's Creed: Unity, we see a lot of new trends in old ideas.

While some games seem fine as they were, a few could benefit from a tune-up. We're going to try and dream up the best, most ideal reboots possible. Today, let's reboot a series that soft-reboots itself every entry: Killzone.

Killzone is a franchise fraught with a confusing history, so we should bear that in mind while reimagining it. The game started out as a middling, buggy new IP on the PlayStation 2 when online multiplayer was rising in popularity. Supposedly a "Halo Killer," the series instead nearly killed itself between the first entry in the series and a lackluster PSP spin-off.

Killzone 2 released, but was more a tech demo than anything else and dropped several key mechanics. Killzone 3 finally got the series on a great standing, but then Killzone: Mercenary and Killzone: Shadow Fall proved middling for the PS Vita and PS4 respectively, despite both trying to innovate on the core formula. So where do we go from here? (Spoilers ahead for Killzone: Shadow Fall) 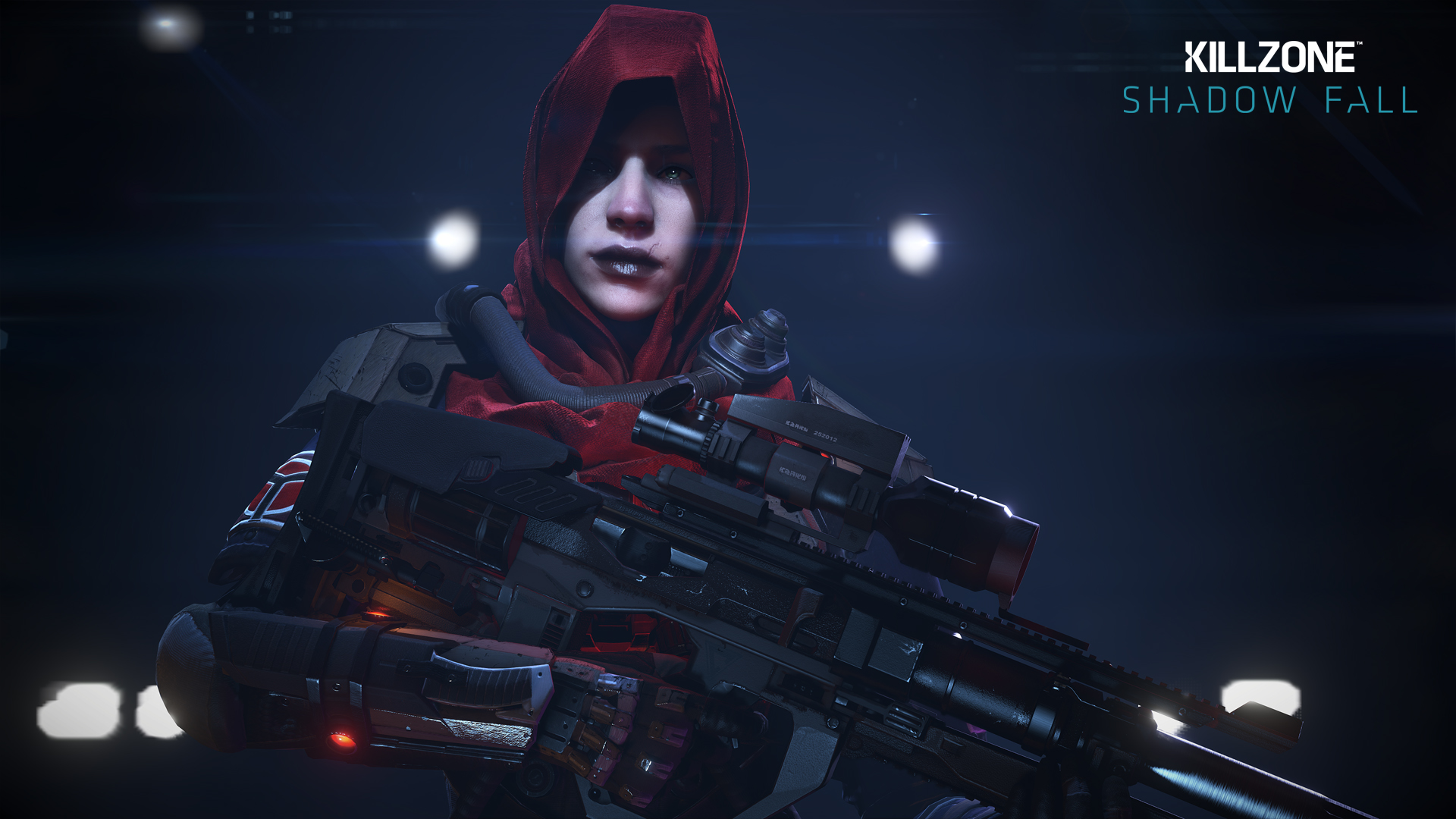 So, during Killzone: Shadow Fall, we finally see the lines of good and evil addressed. Despite the series always starring a Vektan (see: human) protagonist, the gruffer Helghast are actually the faction that has been repeatedly wronged.

They wanted to be independent; the Vektans shut them down and sent them decades back technologically. The Helghast rebel and try to repay the pain thrown upon them; they get put down. It wasn't until they invaded Vekta in a lightning strike that they ever even took an antagonistic approach to things, and it still was a response to how the Vektans treated them. 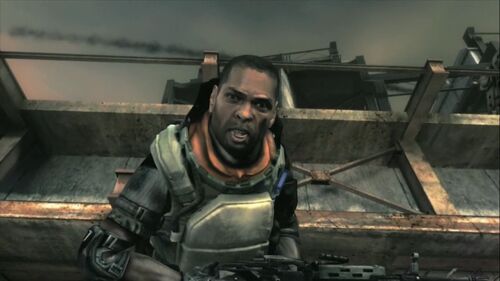 ..Especially this fellow, but we'll talk about him another day.

Now, bearing all that was said in mind, there's another wrinkle that needs to be noted. Almost every entry in the Killzone franchise has, in one way or another, toyed with the idea of including stealth mechanics in both online and offline modes. Sometimes it worked, sometimes it didn't, but it has clearly been something Guerrilla Games wanted to tackle in full. This is where the opportunity to redefine Killzone arises.

You see, at the end of Killzone: Shadow Fall, the main character Lucas Kellan is betrayed and killed. Control swaps to one of the Helghast who was assisting him, a sniper named Echo. Together they had discovered that the ISA has gotten to the point of considering bio-weapon induced genocide to eradicate her people. She sets her sights on killing the man who betrayed Lucas and aims to still use this bio-weapon the ISA was cooking up.

This leads to an epilogue mission where we see what could easily be the next step in Killzone's evolution. In only one mission, we see the series transform from a first person cover-based shooter, to a stealth game in the vein of Dishonored and Deus Ex: Human Revolution.

Everything about Killzone's mechanics supports a transition to a stealth game.

The first person cover system is perfect for a "lean and peak" system like in Dishonored. There are tons of sci-fi gadgets to whip out and use. The setting offered by the end of Shadow Fall is great for a political conspiracy and Metal Gear-esque weapons of destruction. Echo could work great as a new protagonist, and the overheard Helghast advisors could offer some greater characterization of her people and their culture.

The movement system in Shadow Fall allows for a relatively free range of motion. The level design of Mercenary proved that Guerrilla Games can do a lot of branching paths in a small space, meaning we could see a variety of approaches to every mission. Objectives could be just as varied, from covert infiltration and escorting from afar, to recon and retrieval missions. Some missions could even have side-objectives to complete for extra rewards.

The gameplay loop would be a mixture of exploration, brief (and rapid pace) shootouts when discovered, and using Echo's sniper rifle for long-distance targets. We can use a hybrid of Crysis 3, Splinter Cell: Blacklist, and Killzone 2 for how you carry weapons and gear:

You should be able to carry your sniper rifle and pistol with you at all times, but only one additional weapon can be carried. To compensate for this, your pistol can have alternate 'loud' firing modes to serve as a mini-shotgun, SMG, semi-auto or revolver (all pistols the series has used in the past).

Your gear would vary from invisibility to robot drones to holographic decoys. The key thing is that certain abilities will go into each slot. For example, decoys and invisibility would go in the same single slot, preventing you from using both at the same time.

This system has already worked for Killzone in the past with its multiplayer.

The swipe-command system from Shadow Fall gives us four abilities/gear pieces to bring along. So we could have a drone slot, a core ability slot, a grenade/mine/throwable slot, and a wildcard slot for rarely used game changer abilities. This goes on top of bringing back the grappling hook and other traversal abilities from Shadow Fall.

Above all else, a stealth focused Killzone needs its levels to be tight yet expansive. Part of what makes the Killzone gameplay great is its claustrophobia and isolating environments.

While a few environments may allow for more open-ended levels (such as a winter or forest setting), the majority will instead rely on branching paths depending on your gadgets and abilities. Slipping through grates, creeping through side rooms, and disabling security systems will be key to staying alive.

If we really want to stretch it, some random generation akin to Warframe's levels could sell the replay value, but that would be a significant programming feat.

Between missions, you can have a home base where you can relax and upgrade your gear, play tutorials, and practice with your firearms. Taking note again from Splinter Cell: Blacklist; from this base, you can choose your next mission and interact with other modes of play. For instance, VR Challenge missions on top of regular tutorial missions.

On the online front there could be regular multiplayer action and stealth focused modes, and maybe some hybrids akin to Spies Vs. Mercenaries. With the customizable Warzone multiplayer in Shadow Fall already sporting similar modes, it's just another aspect that easily makes the transition.

Much like Dark Void, Killzone isn't a franchise that needs to totally forget what it was to become the best it could be. However, the shift in genre is something I feel would benefit the franchise greatly. With so many aspects already proven to work in various entries in the series, all Guerrilla Games and Sony need to do is combine them into a cohesive whole. Then, finally, Helghan can see justice.

Do you like the idea of a Killzone stealth game? Do you feel the franchise should go in a different direction? Please be sure to share your thoughts in the comments, and let me know what games you'd like to see get a reboot in the future!