Why did Twitch ban Yandere Simulator?

Is this censorship? Content from Yandere simulator is banned from being posted or streamed on Twitch.
by Lad Johnson

Earlier this week Twitch banned content from Yandere Simulator from its services. The in-development title has already generated a following of fans who were not happy with the news. The story here is that Twitch has not provided the developer or his fans with a reason for the ban.

A concept or more of the same

The concept of Yandere Simulator is not exactly controversy free. You play a psychotic schoolgirl who is willing to torture and murder other schoolgirls in order to get the attention of the boy she likes. Taking other cues from Japanese culture, the games includes a healthy dose of nudity and up skirt shots as well. Fans are arguing this NSFW title has not crossed any lines other titles haven't already. 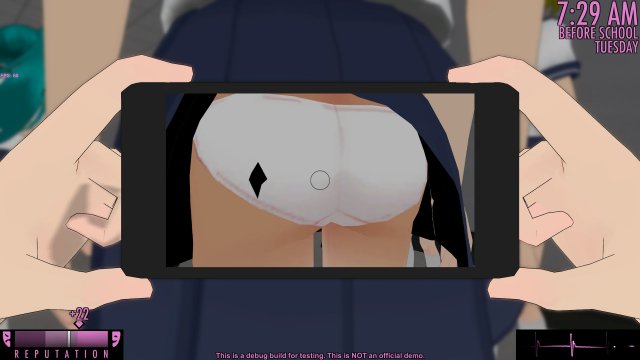 The game is no more violent than titles like Fallout 4 or Call of Duty. And plenty of other titles such as The Witcher have nudity and sex scenes galore. These games are some of the most popular to stream so Yandere Simulator should fit right in.

It's possible that the problem with Yandere Simulator is the age of the characters. If there is one pretty consistent rule in video games it's that you can't hurt kids. Either the punishment for doing so is severe or the game will outright ignore any attempt to harm a child. Most games will completely omit children to remove any temptation. But here the only way to get ahead is to murder your fellow youths.

Don't get me wrong. I am excited about this game's development and can see myself losing a few hours in the game's final version, but the nudity in this game is almost the plot. I doubt players will be able to complete this game without seeing a nude scene regardless of intent. This game will likely receive a rating above M upon release.

A loss in potential exposure for YandereDev.

Twitch is pretty clear in what is acceptable for streaming. Before they banned any game with "overtly sexual content" or "gratuitous violence". Now the policy is that any game with an AO rating is banned from being streamed. In the face of games still in development  we have to assume they are using their own judgement on content.

Unfortunately, this means that YandereDev will have to find some other way to let fans watch the live coding of the project.

You can visit the project's website and download a beta version of the game now. If you are a fan of the project you can help out by showing support on Twitter.