HTC VIVE vs Oculus Rift vs PS4 VR. Who would win in a fight, and which should you consider buying? Let us help you decide!
by Chrisator

It seems the future of gaming is finally here. With GDC 2016 finally coming to a close, one of the biggest topics of discussion has been virtual reality. Whether we’re talking headsets, games, or full-on virtual and even augmented reality devices, this year is going to be full of new experiences.

GameSkinny's very own study found that 73% of GameSkinny and GamerLaunch users were very excited about virtual reality gaming. It seems like every day new games are being announced specifically for VR devices, and we're even seeing VR movie experiences.

The biggest problem with this influx of VR, however, is the fact that there is just so much information out there. With the list of viable VR options only growing over time, the market is becoming a minefield for any prospective buyers. That’s where this guide comes in!

We’ll take a somewhat detailed look at all the top VR devices available now or in the near future, and compare them accordingly.

HTC Vive has the potential to be one of the biggest players in the new VR market, and the biggest reason for that is their partnership with Valve. Valve (the company behind Steam) is already one of the largest gaming ecosystems out there, with over 17,000 games available and anywhere between 6-12 million average users at any given time. As such, it comes as no surprise to see Vive available for pre-order on Steam. 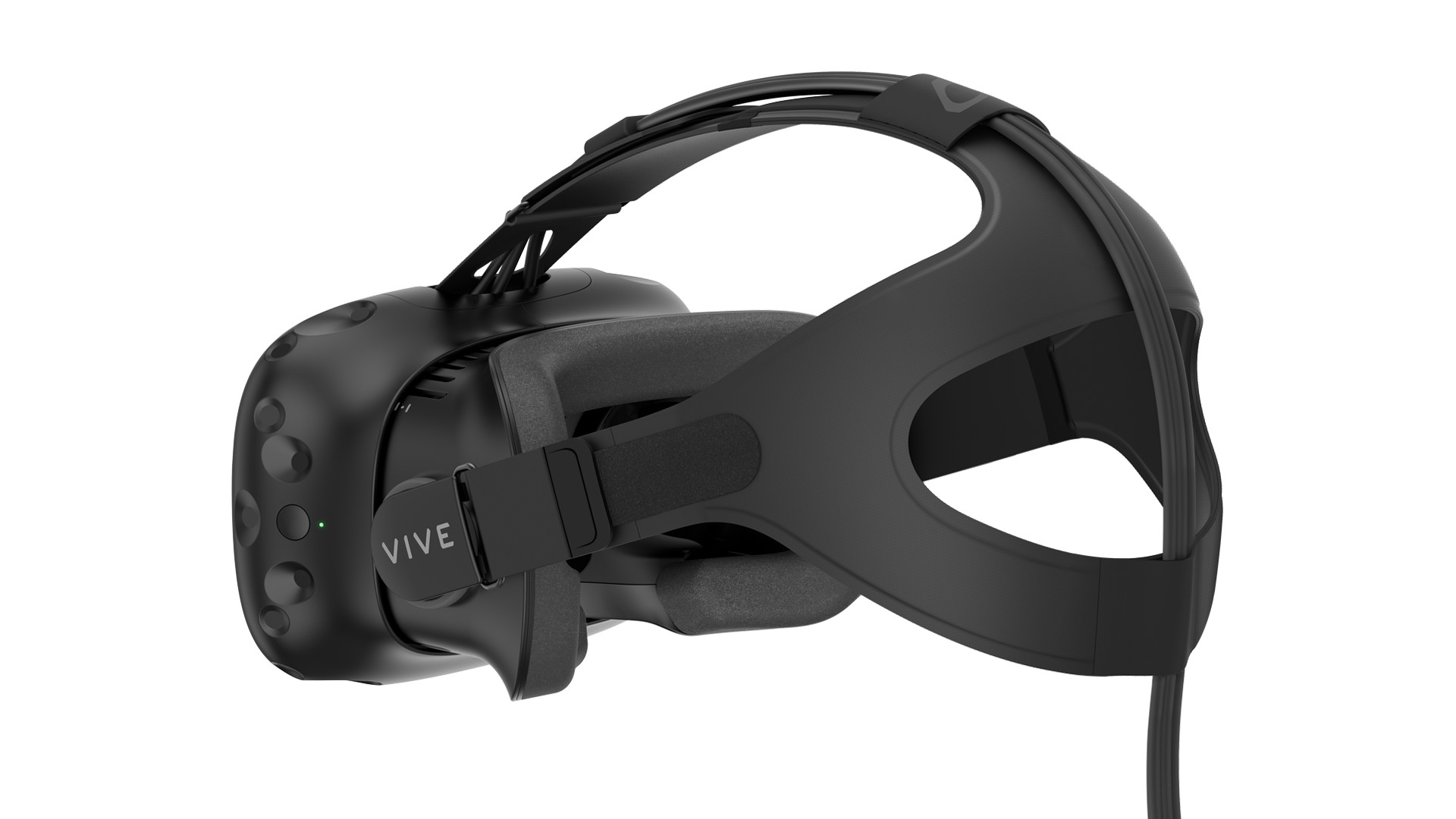 "Vive is a first-of-its kind virtual reality system developed in partnership by HTC and Valve. Designed from the ground up for room-scale VR, Vive allows true-to-life interactions and immersive experiences thanks to stunning graphics, HD haptic feedback and 360Ëš motion tracking."

The Vive VR system is more than just a headset -- it’s a full room-scale experience. This is done by making use of room-wide sensors, tracking your every move, and warning – and at times augmenting your vision – when you’re getting close to the boundaries.

The headset itself comes with “32 sensors, 110° field of view, 2160 x 1200 resolution, 90 Hz refresh rate”. It also comes with 2 unique controllers that boast “dual stage triggers, trackpad and HD haptic feedback." But you’d likely be able to use your keyboard+mouse or other controller methods alongside it as well.

As for the game library, with SteamVR Theater mode, you’ll be able to experience almost all of your current Steam games in a VR setting. However, this will be a sidenote in comparison to the slew of new VR-specific PC games coming to the market. The Vive is a little behind the Oculus Rift on device-specific games, but it will surely catch up easily with Steam’s helping hands. Of important note however, is the Star Wars VR game specific to HTC VIVE.

You will likely need quite a decent gaming PC to handle this hardware, and would require a USB slot and an HDMI/Display Port to connect it to your device. A GTX 970 or AMD R9 290 GPU or higher would be a good idea, as well as a top end i5 CPU, or preferably an i7.

The biggest drawback to this device however, is its price. At a staggering $799 (£689), it is by far the most expensive of the competitive gaming VR systems. It is available for pre-order on Steam, and should be released by early-mid April.

Clearly the instigator to the current buzz around virtual reality devices, Oculus Rift started off as a Kickstarter idea, and became the very first VR system of its kind.

"Rift is unlike anything you’ve ever experienced. Whether you’re stepping into your favorite game, watching an immersive VR movie, jumping to a destination on the other side of the world, or just spending time with friends in VR, you’ll feel like you’re really there."

The headset has a 2160x1200 resolution that produces 233 million pixels per second with a 90Hz refresh rate.The device also comes with a front sensor, a remote control, and an Xbox controller. However, the Oculus Touch -- the device’s cool VR controller (somewhat similar, but likely better than, the Vive controllers) -- will not be released with the Rift itself. It is also likely that these bad boys will have a selling price of their own, seeing as they aren’t mentioned in the actual pre-order list of accessories.

The gaming library for the Rift is a pretty decent one, in large part due to their Developmental Kit, which was released before the commercial version of the device. Rift announced that 30 titles that would be available from launch, and included both EVE: Valkyrie and Lucky's Tale in their pre-order bundle.

The PC specifications are somewhat similar to the Vive, but it seems you’ll need a few USB slots rather than just the one. The advantage for Oculus however, is they have an array of “Oculus Ready PCs”, which are designed by some of the top PC manufacturers with the VR experience in mind. As a sidenote, however, these PCs would likely be equally advantageous for the Vive or any other PC-based VR system

The Rift's price sits at $599 (No UK specific price, but factoring in VAT and shipping, it’ll likely come to around £450), which is considerably lower than the Vive's price tag. It was originally said to be shipped in March, but the website currently has July 2016 as its expected shipping date. Pre-order here.

The biggest bonus seems to be Oculus Rift’s partnership with Microsoft, which likely means Xbox support in the near future, but only slight integration at the present, similar to that of SteamVR Theatre mode.

PS VR is the latest addition to the VR frenzy -- and in typical Sony fashion, they make up for their delay with quality. The PS VR offer the highest visual qualities, and the lowest price between its main two competitors. The biggest downside however, is the fact that the VR device only works on PS4. 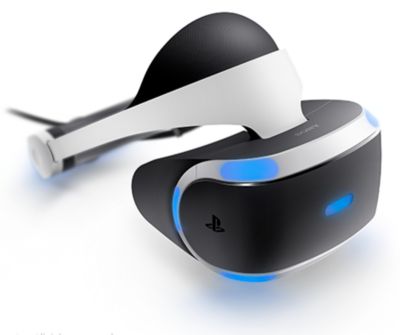 "PS VR will let you play in ways and places you never thought possible…You’ve played games that have made you lose track of time. But what about games that make you forget where you are? That’s what PS VR will do, immersing you in the game with an unparalleled sense of presence."

The PS VR offers a full HD 1920x1080 display, with a 5.7 inch OLED custom built screen, and a whopping 120 Hz refresh rate, which is the highest in the market. It also features motion tracking, and allows for both front and rear viewing, if that’s ever needed.

It runs in conjunction with the PS Camera, which would likely act as its front sensor. On the downside however, it doesn’t seem to have its own controller, and will likely make use of the PS Controllers. Considering the late date of PS VR’s release, this may change.

As for the gaming library, Playstation announced 50 titles that will come to PS VR during the year. Eve: Valkyrie, Star Wars: Battlefront VR. and The Deep are some of the more interesting ones.

The price is what truly sets this device apart however. At only $399 (£349, but subject to change when the pre-order becomes available) it is miles cheaper than its competitors, and in many ways seems to also beat them in quality. The release date however, is estimated at October 2016, with no pre-order available just yet. This and the lack of a unique controller may be the device’s greatest downsides. More info here.

Here are some other VR devices, which are worth mentioning, but not really built for gaming. They may be on the market, but they probably aren't really in competition with the aforementioned VR devices

This device, also powered by Oculus Rift, is more of a phone accessory than a gaming VR device. It makes use of a Samsung phone (it currently supports Galaxy S6/S6 Edge, S6 Edge+ and Galaxy Note 5) and is the most user-friendly and easy-to-use VR system around. At a low cost of $99, it is already available for purchase, and comes with quite a few games and apps, including some cool AR experiences.

Its downside? It uses the phone as both a GPU and CPU, making it rather lackluster in comparison to its higher quality, albeit more expensive, counterpart.

Although somewhat different, these two generally run in the same field; both devices are wireless, and have built-in processors that utilize their respective Operating Systems. They are however, a very different type of VR device. The Microsoft Lens is rumored at $3,000, making it far more of an investment than any other VR device available. The Google Glass developmental kit sits at $1,500, but this price will likely soar when the commercial device comes out, whenever that may be.

Likely the most interesting future product discussed at GDC 2016 was the AMD-powered Sulon Q -- an all-in-one, wireless VR and AR device that could theoretically revolutionize the gaming industry as we know it.

The problem? It’s still far behind all its competitors in production, and to many is simply a wishful dream for the future. That being said, it does boast much better graphics and processing capabilities than its counterparts, so when it does turn into reality, it’d certainly be an interesting device to look at. There is still no real release date available for the device. 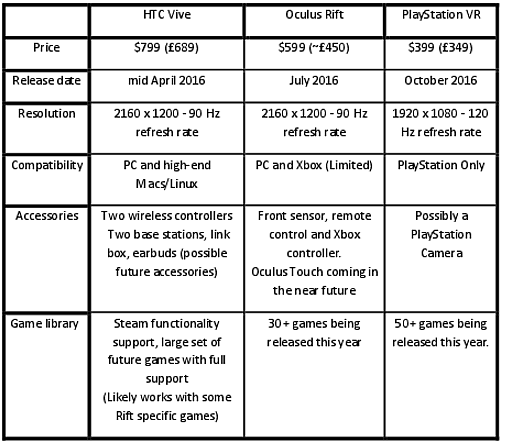 So with all the facts and details at your disposal, the choice remains yours. PS VR seems like the most logical choice when it comes to quality and pricing, but it is still a while away, and the end result may not be quite as shiny as it is on paper. As for the Avid PC gamers, the choice between Vive and Rift really boils down to your level of Steam usage. If you have over 100 games on Steam (guilty!), then it seems like a logical choice to scruff up the extra 200 bucks and go for the Vive. Otherwise, or if you’re an Xbox player, then Rift is your obvious choice.

Let us know in the comments section what you think about the latest VR craze, if you’d be willing to pre-order any of these devices, and what other details might factor into your judgement.