Back in November of 2015, Blizzard's Overwatch team announced that there would be a series of animated shorts coming in the near future. Today, Blizzard released the first of these shorts via the Xbox YouTube channel.

"Recall" is the first of the Overwatch series of videos, and focuses on the character of Winston. Acting as a prologue to the Overwatch game, "Recall" explores Winston's life both prior to becoming an Overwatch member, as well as prior to the events of the game. The video encompasses a variety of different feels varying between Marvel Cinematic Universe-like in-battle comedy, heartfelt moments of Baby Winston's life, and beautifully delivered superhero cliches. While the ending of the video is predictable, it is the sort of feels-good tearjerker that we expect from bittersweet happy moments found in Pixar films.

What's most interesting to note is the list of unreleased heroes visible when Winston activates the Overwatch Recall Protocol. While it is uncertain what these images actually are --  concepts, toss-outs, or simply stand-ins -- they have captured the interest of some viewers. You can see the compilation of these portraits below. 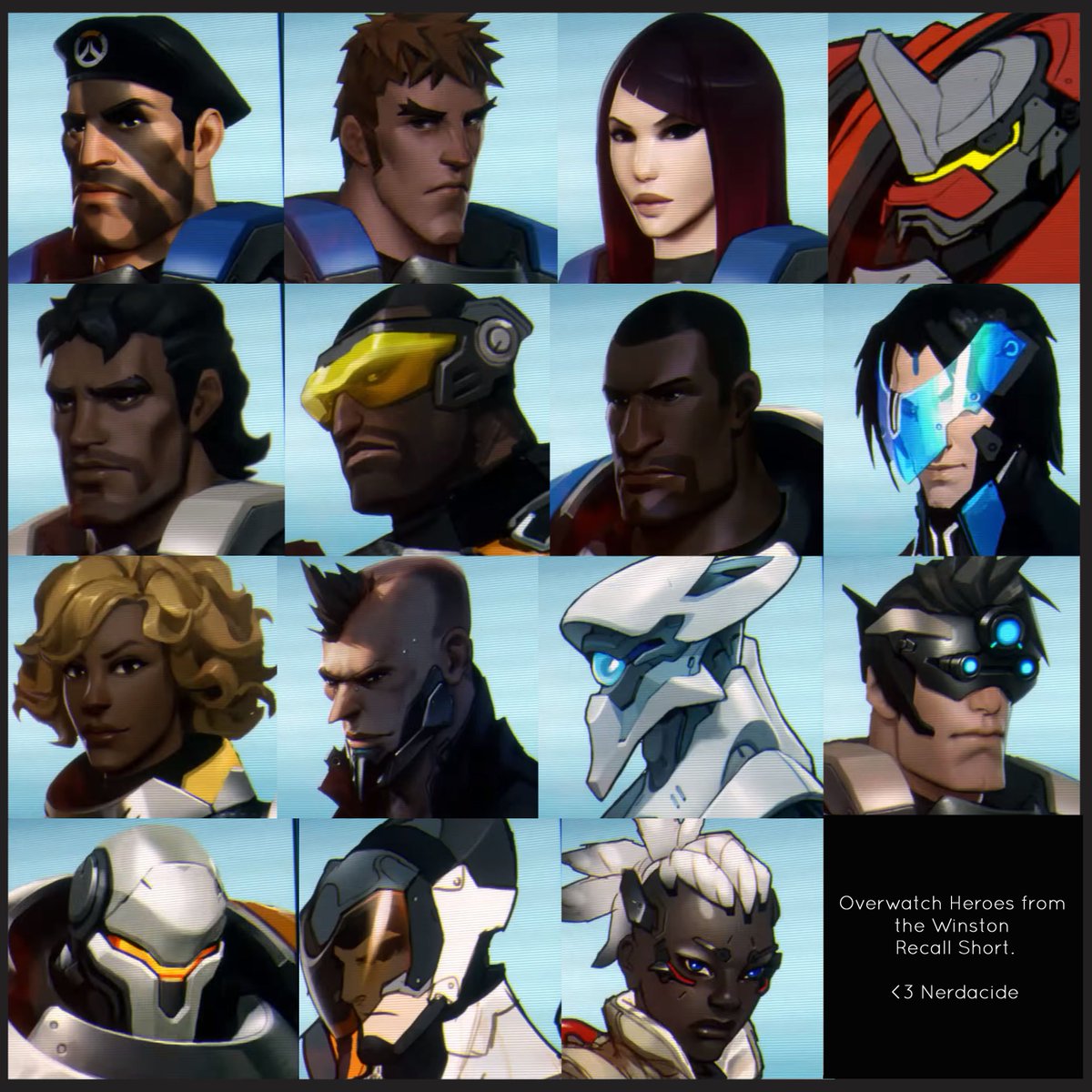 Just who are these unknown Overwatch members? Are they old concepts for characters? New characters that have yet to be released? No word as of yet, but hopefully we'll find out more soon! (Image courtesy of Nerdacide via Twitter)

I, for one, cannot wait to see more of these videos from the Overwatch team. Even if they are more or less just glorified advertisements for the game, the video has enough passion put into it to rival most television shows nowadays. If Blizzard can continue pumping out these videos at a consistent level of quality, we could certainly expect the fanbase for this game to explode, possibly beating out the game's major competitor - Team Fortress 2.

Time will tell, of course, if this tactic works in the long run for Blizzard. With so different forms of media coming out for this game, it certainly seems as though Blizzard is hoping for this to be its next big thing.

Overwatch is available for pre-order now, and is expecting an early access release on May 5th for pre-orderers only.