Learn how to choose the right race and bloodline for your Alpha Clone character in this guide to Eve Online.
by Sergey_3847

CCP Games has released a new expansion for Eve Online, titled “Ascension,” on November 15, 2016. It has turned the cult space MMORPG into a free-to-play game. The free model has a few limitations though, but you can always switch to the paid subscription at any time.

The free-to-play state is called “Alpha Clones” and the subscriber state is called “Omega Clones.” The free-to play model has been designed to revive the MMO and help new people join its fantastic universe without spending any money.

However, such new players may find it difficult to choose a right character for themselves in the beginning of the game. For this reason, we present you with a simple character creation tutorial for Alpha Clones, so you can start playing Eve Online right away. 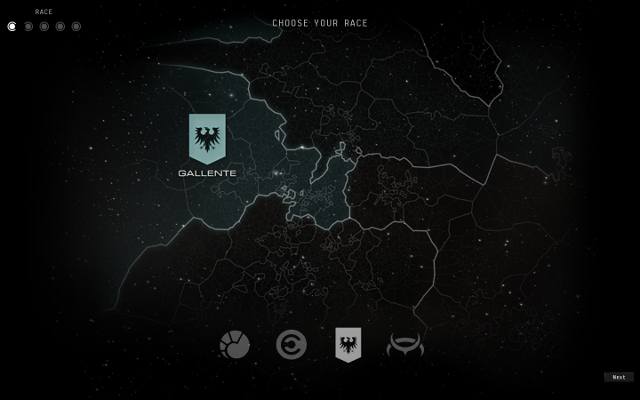 The first thing you need to choose before creating a character is the race. There are four races in Eve Online, and it doesn’t make much difference for the paid subscribers which race to choose, but if you play as an Alpha Clone, then you have to be sure about your decision.

What defines a race is the type of ships that you will be able to use in the game, and paid subscribers can choose any race and pilot ships from other races as well. However, if you've chosen a free-to-play model, then you will only be limited to the ships of your race.

So, if you want to know which race fits you the best, here are the main differences in their ships:

Once you’ve figured out which of these four races you want to choose, comes the next big step -- Bloodline.

In the Alpha State of Eve Online you are limited to developing skills of the race of your choice, while in Omega State you can gain skills of other races, too. Each race has three Bloodlines and three Ancestries. However, these only affect the appearance of your character, so choose the one that fits your aesthetic taste the most. This choice has no influence on the set of skills.

Later in the game you will have the chance to choose what type of activity you want to do -- whether it's Mining, Exploration, Trading or something completely else. So, you need to put certain skills into a Skill Queue that will fit your character the most. You can check an entire list of skills available for Alpha Clones in Eve Online at the bottom of this page.

It is important to know that there are certain skills that simply must be included in your Skill Queue. Here they are:

When you’re done choosing your Bloodline, Ancestry, and Education, you can adjust the appearance of your character. After an in-game tutorial, you can start your mission. And remember, you can always create a new free Alpha Clone if you don’t like your first build.

Come back soon for more Eve Online guides at GameSkinny!