Learn how to destroy Aragami in this beginner's guide to God Eater: Resurrection.
by Sergey_3847

This beginner’s guide will give you a few important tips on how to fight Aragami in the most effective way, what types of weapons you can use, and what types of bullets to craft.

Choose the right type of weapon

There are 10 ranks in God Eater: Resurrection. In order to achieve your next rank you need to accomplish a certain number of missions. Every mission has one or more Aragami you have to kill for the mission to be considered accomplished.

So, you need to carefully read the description of every mission beforehand that will indicate what type of Aragami you will encounter. This is important because it will help you decide what types of weapons you should equip.

For example, when you fight Ogretail on your first mission at City of Mercy, you will need weapon that deals Pierce damage, as Ogretail is weak to this particular type of physical damage.

On the other hand, Ogretail is resistant to Divine damage, so taking any weapon with a focus on Divine is useless. Follow the same instructions on each mission and you will have no problems.

Craft your own bullets 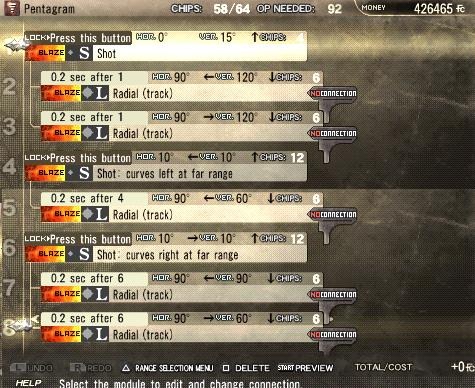 More than that, you can apply different styles to your bullets, so that each bullet you shoot will have a unique shape. Of course, this doesn’t impact the damage attribute of the bullet, but it does look cool.

Also, it is important to know that every consecutive shot fired will have a 10% damage reduction. This means that if you fire three shots in a row, only the first shot will hit for 100% of its damage, the second one will hit for 90% and the third one for 80%.

Seek out for Aragami’s weak spots

Each Aragami has a number of weak spots or the so-called breakable parts. This is especially characteristic to large Aragami that wear armor or other special attributes.

For example, let’s take a look at Quadriga -- a huge tank-like Aragami covered with a lot of armor pieces. Quadriga has three weak spots:

In this way you can analyze every other Aragami in the game and in time you will become very skillful at destroying them all.