Portal Knights: Where and How to Get Iron Ore

Finding and mining iron ore in Portal Knights is easy -- once you're at the right level that is...
by Nick Lee

In the game Portal Knights, players will find themselves needing iron ore in order to create iron bars -- the foundation to craft furniture, armor, weapons, and more. Luckily, finding iron ore isn't that hard once you've reached the right level. And soon after that, it's just a matter of searching in the right places to mine.

Where and How to Get Iron Ore in Portal Knights

Step 1: Make Sure You're The Right Level

Players who reach level 11 will be able to mine iron ore for the first time. Just be careful not to fall through the world as you go crazy in your mining. Level 11 corresponds to islands you'll be able to access via portals.

For instance, island 11 (called Adermoor) hosts a location that holds iron ore, but players below that level wouldn't reach it. While this is the only way players will be able to find iron ore initially, from there on you'll have access to other spots to find the ore. 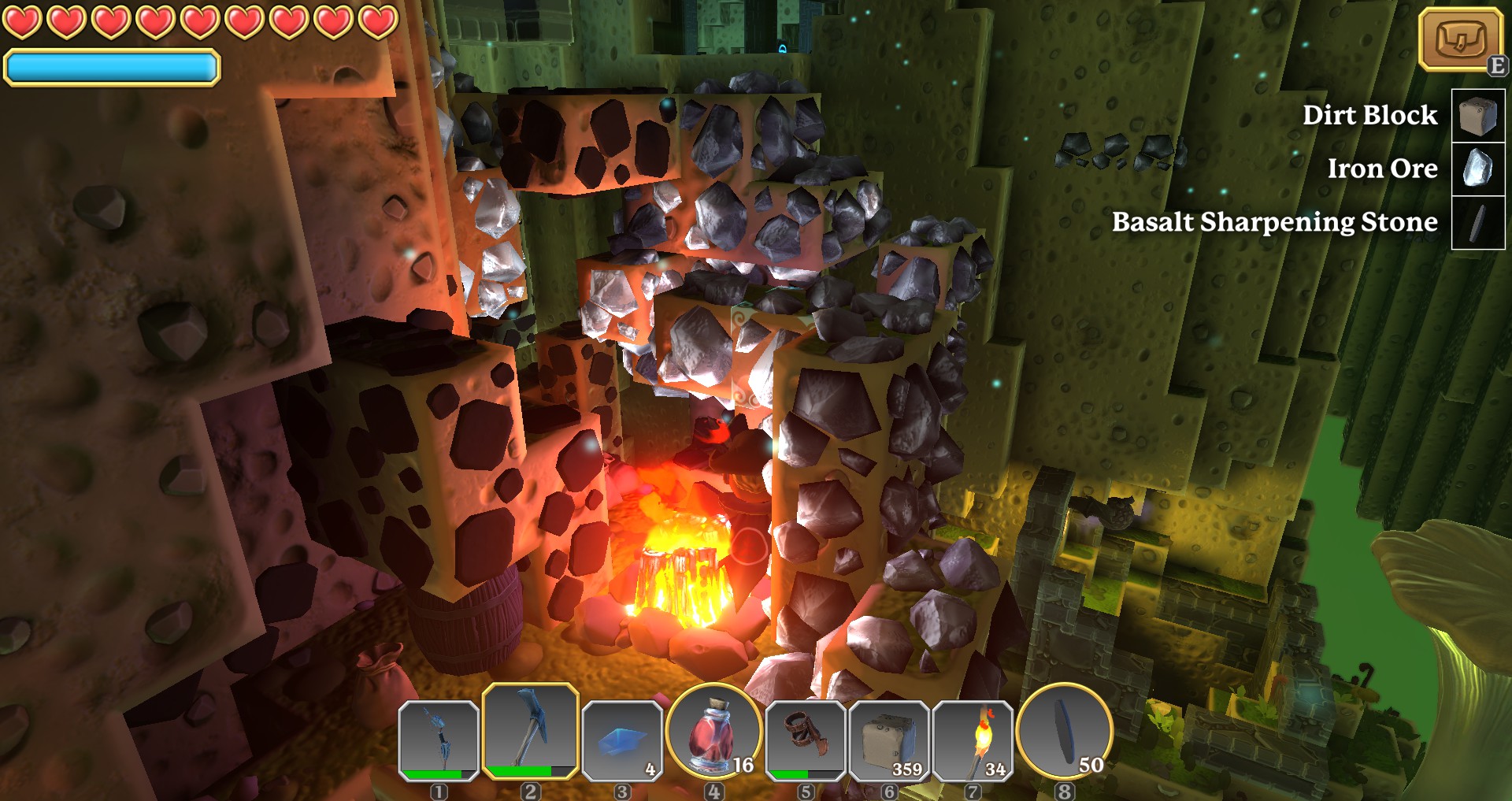 Step 2: Look In The Right Locations for Ore

While not always in plain sight, islands offer a variety of spots for iron ore to be mined once you've reached level 11. Here are the areas where ore occurs, listed by island and exact location:

Only a few enemies actually have the chance to drop any of the ore. Two of them -- Frozen Bones and Corroding Bones -- will drop iron ore and won't be difficult to take on. But you'll have to fight them numerous times. These enemies are slow and really only have one attack, so farming them for their drops is a mundane but easy task. You can find them on a couple of different islands.

Another ore-dropping enemy -- the Dragon Queen -- has her own arena island. Dragon Queen is a level 20 boss that drops iron ore, plate-blocks, and a litany of other goodies upon defeat. Beating the second boss players will encounter requires a slightly tougher fight, but promises solid rewards for your efforts.

As an added bonus to getting this iron ore, each enemy or location promises coal as a resource to be used in crafting. Iron ore itself is essential in upgrading and crafting items, so be sure to look out for these portals to essential maps full of it.

Just remember: as you mine in Portal Knights, the resources will not reappear later. So use your mined ore wisely.