A Keyblade Guide: What to Equip on Your Kingdom Hearts 2 Adventure

With Kingdom Hearts 3 alive in the hearts of the KH fans, here's a guide for what Keyblades in Kingdom Hearts 2.5 Remix are Effective, Cool-Looking and Keeping the Stress Level Down
by Dalton White I

With Kingdom Hearts 3's newest trailer released at E3, maybe some of you Kingdom Hearts fans are itching to fight the Heartless and save various Disney worlds. No better solution could be found than Kingdom Hearts HD 2.5 Remix, specifically Kingdom Hearts 2 Final Mix. As in any KH game, there are multiple Keyblades for Sora to wield, but which ones are really worth using? Which ones gurantee a less stressful playthrough?

Well, in answer to your questions here are my personal suggestions for which Keyblades to have equipped as well as which Keyblades are worth the extra mile and which can help you level up your Drive Forms. Naturally, there will be spoilers so consider yourself warned!! So, let's get going with the Keyblade goodness shall we?

Keyblades Gained as the Game Progresses: 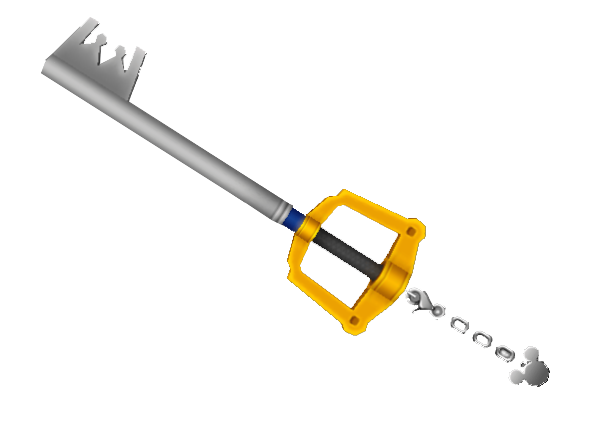 Yeah, this is the classic Keyblade. Although it is basic it has a decent strength stat while also giving a small magic boost. Its ability also halves the damage Sora takes when his HP is critical. This Keyblade should last you most of the introduction and through the first two worlds or so.

This Keyblade is usually not implemented by most players. This is usually because since Star Seeker is the default Keyblade for Valor Form at the begginig of the game, it can’t be equipped as a main weapon until Sora has another Keyblade to replace it. However this can be easily remedied by going to the one of the first worlds, such as The Land of Dragons, which have so-so Keyblades that can replace Star Seeker. Star Seeker can be useful as main Keyblade as it boasts the same stats as Kingdom Key, but its ability is geared toward the offensive as it gives Sora an extra Air Combo Attack. It also just looks so cool and has been used a lot in Birth By Sleep as Mickey’s default Keyblade. Although this Keyblade lacks in the magic department, it more than makes up for it with the pure physical damage it can inflict. Its strong power stats combined with its ability to give Sora an additional finishing attack makes it a good fit for taking down early game enemies.

Hero’s Crest is also good for Kingdom Hearts 2’s early game. Heroes’ Crest ties with Rumbling Rose, despite having a slightly lower power stat. Both have similar stats however Hero’s Crest’s ability boosts the power of air combos, which depending on the player may be preferable.

Guardian Soul is a very decent keyblade with a powerful strength boost and adds a small boost to Sora’s magical abilities. It ranks up pretty high among the Keyblades when concerning Strength stats. Also its reaction boost ability can help with multiple boss battles as it makes reaction commands deal more damage, so battles like the MCP can be completed much quicker. All this and the Guardian Soul’s design is really sleek and cool looking and the Keyblade is associated with one of the best Final Fantasy characters, Auron. 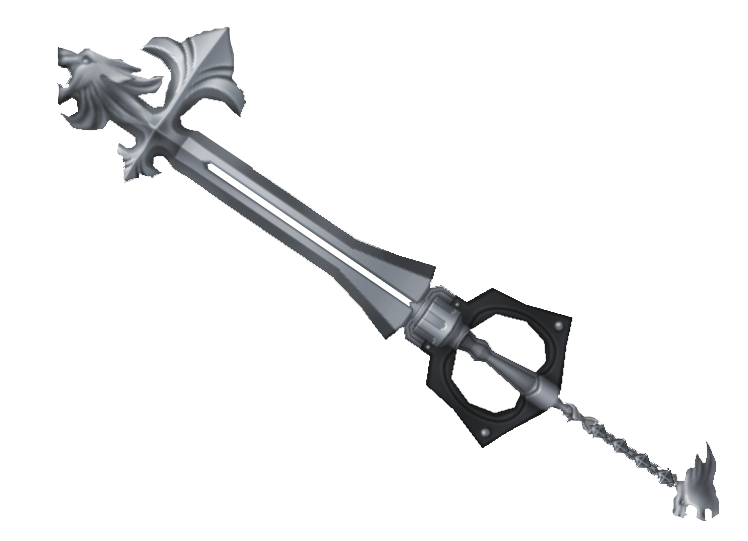 Sleeping Lion is basically a slightly better version on the Guardian Soul when it comes to stats as it gives your magic power a boost. Its Combo Plus ability adds a bonus attack to Sora’s ground attack. The cherry on top is that this Keyblade basically lets Sora wield the iconic Gunblade from Final Fantasy VIII.

Although it is gained late in Kingdom Hearts 2, Descisive Pumpkin is worth it. Its strength stats are considered on par with Ultima Weapon and Oblivion, two of the strongest Keyblades in the game. Its ability sweetens the deal by dealing additional damage to enemies with each hit Sora lands during an air or ground combo. Also Decisive Pumpkin’s Christmas-Halloween aesthetic is really unique and very clever. 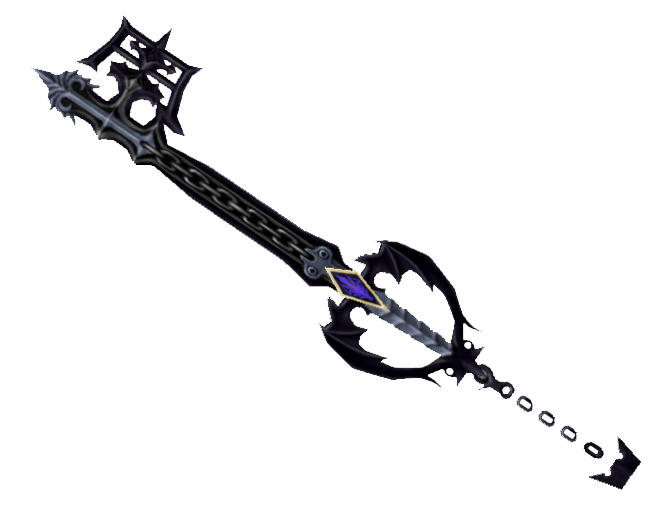 What puts this Keyblade over Decisive Pumpkin is that it becomes available later in the story of KH2 and it also has a slightly better magic stat. Oblivion is one of the main Keyblades of the series and is an ornate and cool looking weapon that packs a huge punch. Also its ability is the same as its “twin” Oathkeeper, which decreases how quickly the Drive Gauge is depleted. This basically extends all Drive Forms, which is always a positive.

Top-Tier Keyblades for the Brave of Heart:

These are the Keyblades that require effort outside of the story to find them. Usually this means collecting synthesis items or fighting in the Tournaments at the Olympus Colliseum.

Ultima Weapon is always present in any Kingdom Hearts game and they are almost always extremely difficult to get. In KH2 FM you need to find 13 Orichalcum+, 1 Orichalcum, 1 Mythril Crystal, 1 Dense Crystal, 1 Twilight Crystal and 7 Serenity Shards. Also there are only 7 Orichalum+’s in the game, so you need the Moogle Shop past Level 2 in order to halve the materials required for the Ultima Weapon. The Ultima Weapon definitely has the strongest balance of having a huge Power boost as well as a decent Magic boost. Its ability also speeds up Sora’s Magic regeneration, which can be a life saver in the more difficult challenges and boss battles.

For those who consider themselves brave, here is a video guide to creating the Ultima Weapon:

Another Keyblade for the brave of heart or determined of soul, Winner’s Proof is only unlocked when the player as defeated all 13 Organization XIII Mushroom Heartless which is quite the hurdle. It has the most powerful Magic boost out of any Keyblade in KH2 FM and has decent physical attributes as well. However its ability known as No Experience, can make it less desirable to use as it nullifies any experience Sora gains during any battle.

For the people who want/need some assistance defeating all of the Mushroom Challenges, I found an FAQ which should help.

Fatal Crest is a very odd Keyblade in general; especially considering the lengths the player has to go to get it. It boosts magic making it rather well suited for Wisdom Form. However its ability gets rid of a finishing move, forcing Sora to defeat bosses by either casting magic or performing a limit. It has the second highest Magic boost in KH2 FM, beaten only by Winner’s Proof which is just as difficult, if not more, to obtain.

Definitely for those who are over-achievers since you need to beat Sephiroth in order to get this Keyblade. Sephiroth is no pushover; his first attack will instantly kill Sora if the reaction command is not pressed quickly enough.  Fenrir is definitely worth the price of admission as its Strength stat is higher than Ultima Weapon, a Keyblade said to be “above all others”. Although its ability Negative Combo, as one would guess, shortens both Sora’s aerial and ground combos, this “ability” can be beneficial as most bosses can only be defeated with finishers which this weapon causes to happen more quickly.

This last catergory of Keyblades are ones that are not necessarily the strongest, but their abilities assist with leveling up Sora's various Drive Forms. This can help Sora get to chests he normally cannot reach and collect various collectibles.

Follow the Wind is an okay Keyblade, it has similar stats to Kingdom Key but since Sora gains Follow the Wind later in the game diminishes its overall value. However its ability, Draw, increases Sora’s ability to draw in orbs, which assists in leveling up Master Form. 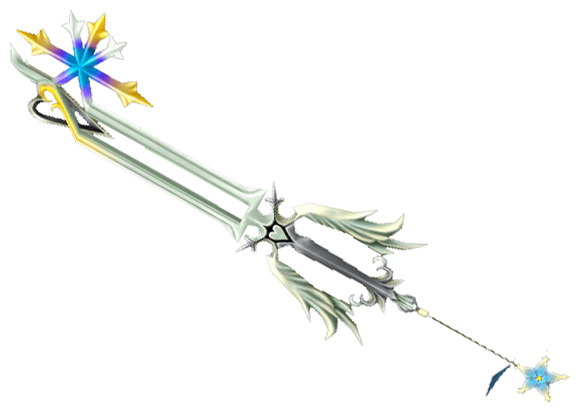 Oathkeeper is the twin Keyblade of Oblivion, which would explain why its ability is the same. Oathkeeper comes way before Oblivion as far as the story of KH2 FM is concerned. So this Keyblade, while having a very balanced stat set, can also assist in leveling up Drive Forms as it extends their duration. 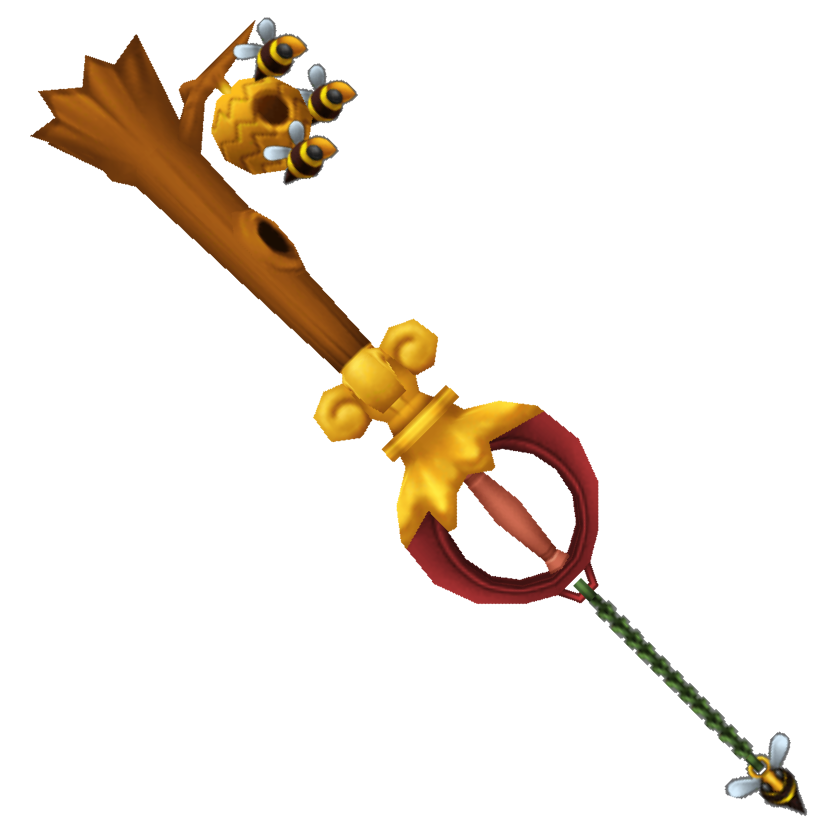 Although this Keyblade only adds to the Sora’s magic abilities, its ability known as Drive Converter converts any dropped orbs into Drive Orbs. This can be extremely helpful with leveling up Master Form, as it only gains experience by picking up Drive Orbs. A decent and well-balanced Keyblade, Two Become One is a gorgeous weapon that has one hell of an ability that can help unlock Final Form quicker. The ability Light & Darkness automatically switches Sora to Final Form or Anti-Form when he activates any of his Drive Forms. This ability that can be a helpful tool to activate Final Form, which does not become available until randomly activated when Sora attempts to become one of his other forms. It can also be double-edged sword as the ability really is a fifty-fifty chance that Sora might be put into Anti-Form, which takes double damage from all attacks and leaves Sora without any teammates.

So those are the Keyblades in KH2 FM that I find can make your experience with the game a bit more berable. Did I miss your favorite Keyblade? Do you disagree with my choice? Leave a comment and remember for all your gaming articles and needs, stay tuned to GameSkinny.com.