How to Become Zombie in Call of Duty: Warzone

Find out how to become zombie in Call of Duty: Warzone with the help of this quick guide.
by Sergey_3847

Zombie gameplay is significantly different than otherwise since you can't use weapons, but there are some interesting options for all zombie players that can and should be used against enemy squads.

How to Become Zombie in Warzone 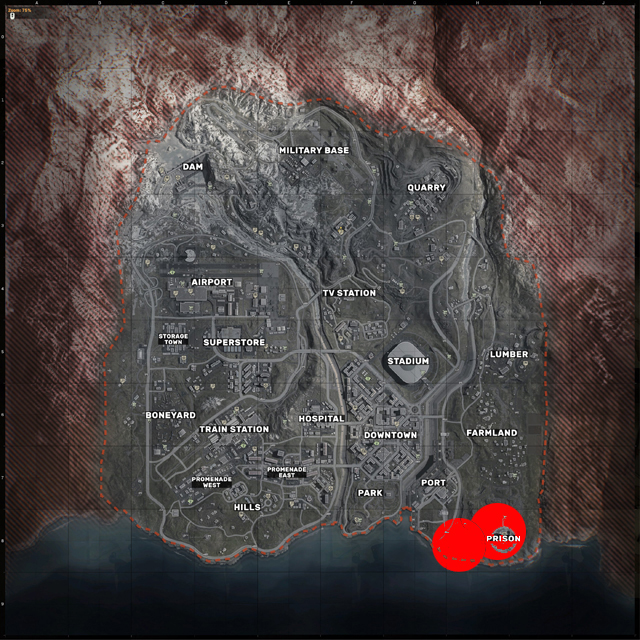 The key to becoming a zombie in Call of Duty: Warzone is hidden inside the two radioactive zones in the southeastern part of the map.

These two main zones are: Prison and Shipwreck.

Once you get there, here's what you need to do:

That's right, when you die inside the radioactive zones, you will not go to the Gulag as usual, but you will respawn as a zombie falling from the sky.

You will have no ammunition or parachute, but since the fall damage can't kill you there is nothing to worry about.

Once you drop to the ground you will have three attack options:

Charged Jump is really useful, as it allows you to make extremely high jumps that can get you on top of the buildings or over tall fences.

Gas Grenade functions like a smoke grenade making enemy players lose their sight of you for a short period of time.

EMP Blast can be used to destroy vehicles in a single flash, although the cooldown will take about 20 seconds.

As a zombie you will have a strong melee attack using your hands, but bullets will kill you,as well as other zombies. Once you die as a zombie, you will not go to the Gulag, but will have to start a new match.