Creating your character and preparing Him/Her for Death and Destruction, whether that be yours or any unfortunates that get in your way...
by Daednu0

So, you've now had long enough to decide what MMO to play, and if you're adventurous, you may have actually installed it. 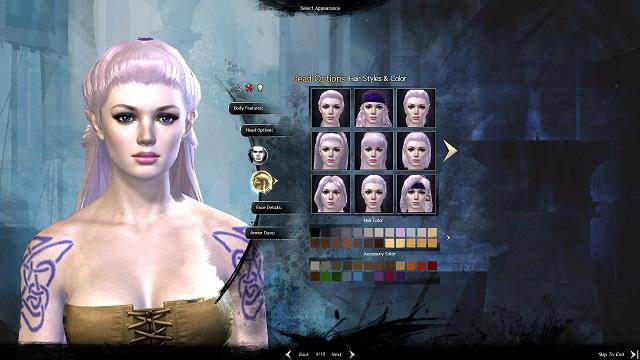 MMOs require you to make an Avatar or Character--this is what you will look like in the game world. It is also the character you will level, gear and grow to love. So naturally you're going to be spending a large quantities of time with this individual and any choices you make at the creation of this character will make HUGE repercussions on how you play your chosen MMO.

(I will be writing this part of the guide from the perspective of a Fantasy MMO, but the rule still applies.)

Your first major choice is your race; these will typically follow the archetype of a fantasy universe: Elves, Humans, Dwarves, Orcs. But once in a blue moon you will get some more interesting choices, Like the GW2 Asura or WoW: MoP's Pandaren. These aren't just cosmetic choices, if you pay attention to the text around the screen, you would have already noticed there are different bonuses. These bonuses are called Racials, and these Racials are a small but sometimes powerful stat bonus or special abilities. These can range from things as relatively pointless as "200% increased underwater breathing" to things as useful as "200% increased gathering speed", but most of the time they tend to be "+10 stamina".

Once you have your race selected its time to choose your class. Classes are the template of your character and will impose both limitations and benefits. Typically you will have a 4+ to choose from and they will usually consist of Warrior, Mage, Cleric, Rogue, and Archer though there are some games with different and interesting class types. Take care when reading the details on the class and beware that (in most cases) a Warrior can't cast fireballs at your foe, and a Mage is forever doomed to wear Cloth armor (dresses).

Time to design your character. In this part of character creation you will be changing the appearance of your character to your will. You will be able to choose male and female, tall and small, fat and thin. Some games have better appearance editors than others, ranging from things as detailed as nail length to as limiting as Prefabs and nothing else. This can be heavily engaging but there are some rules you should follow--you will be spending a lot of time on this character and some games do not have any character redesign function, so make sure you are 100% happy with this and you don't give yourself something you will later regret, like a pink mohawk or a face full of tattoos and piercings!

And I shall forever be known as Fluffykins!

Naming your character is equally as important as your appearance, if not more. Everyone who comes into contact with you will know you by this name, so not only does it have to be pronounceable, it also has to be something you like being called; so for example, "Kjkgiuyf" is not good, but "Starshield" is OK. Remember not to call yourself anything rude because you will very quickly run into some serious problems with the developers!

Once you're happy, its time to press that all important Create Character button and jump into the world. Next week I will be posting about Levels 1-10, and the introduction of Quests--it could be a long one!

Long term MMO player and lover of all things gaming