You've traveled through time and back, fought your way through countless Monarch soldiers and done everything else you can to get to Paul Serene.  During Act 5 of Quantum Break, you finally come face to face with the big bad himself and are treated with a boss fight that will truly test your skills.

This fight is split into two waves.  Each wave will throw a bunch of Monarch soldiers wearing chronon harnesses your way to overcome.  In addition to soldiers, you also have to deal with attacks Paul throws your way.  If you die before clearing both waves, you'll be brought back to the beginning of a somewhat lengthy cutscene that precedes the fight -- in case you were lacking any incentive.  Now, onto the fight. 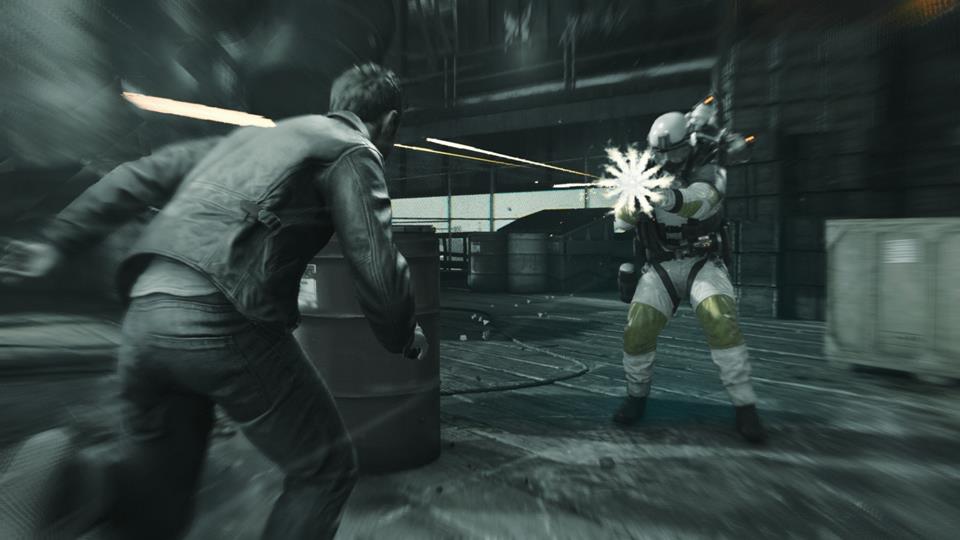 Once all the soldiers are dealt with, Paul moves to the middle of the room and will try to kill you with a blast that has a MASSIVE AoE (Area of Effect).  Let's call these attacks time bombs.  The camera focuses on where the time bomb lands, so you have a few seconds to Time Rush as far away as possible while keeping Paul in your sights.  Once the time bomb goes off, Paul leans over to catch his breath and becomes vulnerable.  There's no need to unload a full clip into him...a few hits will be just fine.  The point of this fight is survival.

Wave two is where I ran into the most difficulty.  Not only do we have soldiers dashing all over the room, there are a few big guys with LMGs and shotguns as well.  One of these big guys has the ability to prevent you from using your time powers...how fun!  Paul's attacks also have a slightly larger AoE compared to the first wave.  Use everything at your disposal to take out the soldiers and Paul will once again teleport to the middle of the room and start throwing time bombs at you.  This time, instead of just one, he will throw three bombs at you.  Again, use your Time Rush and Time Dodge to avoid the attacks, and after the third blast, Paul will become vulnerable.  All you need to do is land one hit on him and the fight will come to a close.