Elder Scrolls Online Guide: How to Become a Werewolf

Want to know all about becoming a werewolf in Elder Scrolls Online? This guide will explain everything in detail!
by Synzer

In Elder Scrolls Online, players can become werewolves. It isn't too hard when you know what to do, but there are several factors involved. Having the werewolf skill line means you can use the ultimate to turn into a werewolf. They use a lot of stamina and it costs 1000 ultimate to change. Your skill bar changes when you transform, to have up to 2 werewolf abilities.

Leveling werewolf will take a while because you have to transform to get much experience and it takes a long time between transformations. For full details on all the werewolf skills, check out the Guide to World Skills.

For everything else related to Elder Scrolls Online, go to the ESO Guide Directory.

This guide will cover everything about becoming a werewolf including:

The most important, and hardest, part about becoming a werewolf is contracting the disease. This is done by getting attacked by a werewolf. But not any old werewolf will do, not all werewolves can spread the disease apparently.

Several conditions must be met to get the disease known as Sanies Lupinus:

The first two are simple. In case you didn't know, ESO has a day/night system.

The ritual site is something most players don't know. You can find the ritual site in the zone around level 40. This is Bangkorai for Daggerfall Covenant, Reaper's Marsh for Aldmeri Dominion, and Rift for Ebonheart Pact.

There is no level requirement to get the disease, but the quest is level 42 and the enemies you fight are around that level. Lower levels can still do it, though I recommend trying it around level 20.

Lower level Ebonheart Pact players can go northwest in Stonefalls to reach Rift. You must do some of the quest line in that area to reach the tower and bridge to Rift.

Lower level Daggerfall Covenant players can go east from Stormhaven to reach Bangkorai. Stormhaven is the area you got to after Glenumbra, the first area.

I completed this on a Daggerfall Covenant character, so the map below shows spawn location for only Bangkorai. It also shows the ritual site for when you do the quest. Remember you only need to get hit once, but several people camp the locations and they die fast. I suggest getting a taunt move of some kind. The One-hand and Shield weapon skill line has a taunt ability, so everyone has access to one. 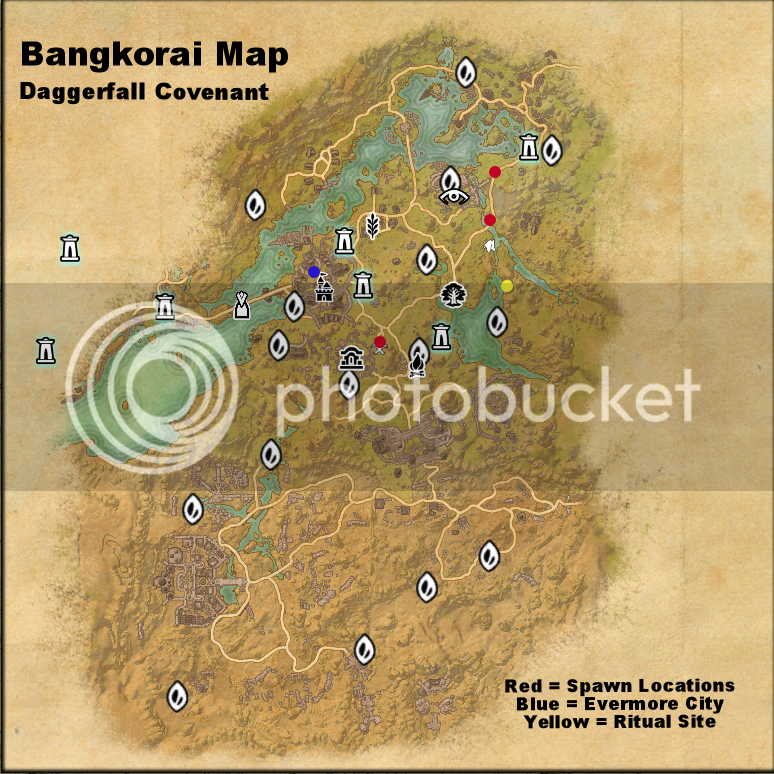 After getting attacked by a werewolf, check your character screen and active effects. If you see Sanies Lupinus, then you have the werewolf disease and can complete the quest. Go back to Evermore, the city to the west of the ritual site.

You'll find an NPC that talks about being the same and that you have the disease. You can choose to get cured, which takes away the disease and you don't become a werewolf, or complete the ritual to gain the skill line and become a full werewolf.

After getting the quest, head to the ritual site and talk to the NPC there. He opens a portal to Hircine's realm. You cannot go in there with teammates, you get put in separate phases and you must complete the quest alone.

Watch the scenes, then you get changed into a werewolf. The quest is very simple. You have to kill the strongest enemy in there. This part is important for lower level characters.

There are 4 possible bosses that spawn: Mammoth, Troll, Snake, and Snow Troll. The Snow Troll is the only normal enemy, the rest are elite/strong. The Snow Troll has around 1,700 health and the others have over 3,000. Lower level players want to kill the snow troll. 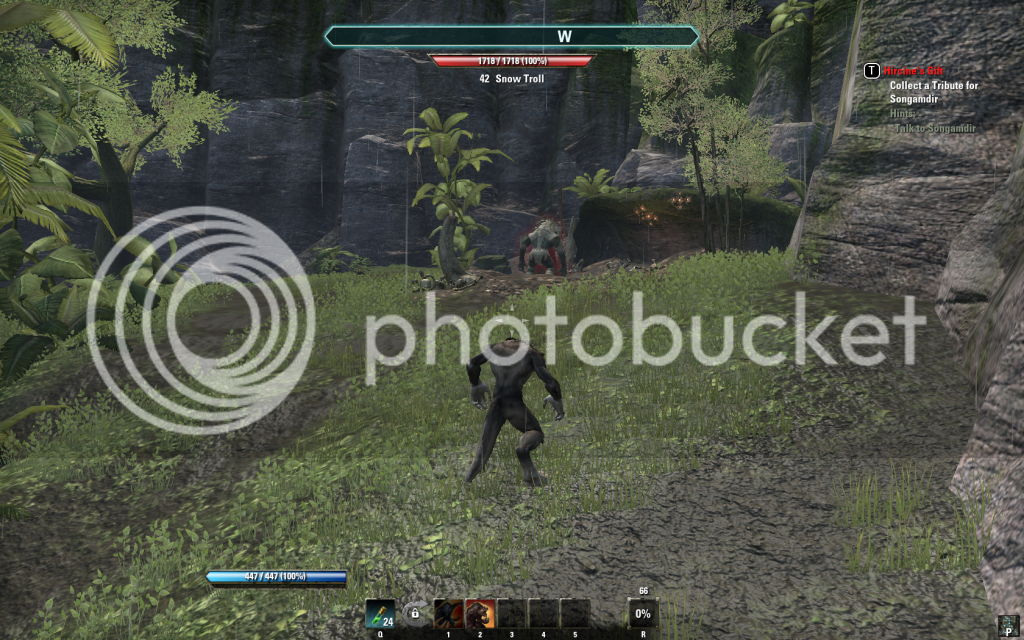 Leaving the area, then going back into the portal resets which boss spawns, but it is random. You don't have to watch the scenes again as long as you don't log out.

After defeating the boss, howl for your pack to eat the enemy, then join in the eating. Go back to the statue at the beginning of the area to complete the quest and gain the Werewolf skill line.

My player marker is where the Snow Troll spawns if you get it.

That's it on how to become a werewolf. If you have any questions, just let me know in the comments. For help with all things related to Elder Scrolls Online, visit the ESO Guide Directory.