Here are four of the strongest and most optimal builds in Teamfight Tactics right now.
by Serhii Patskan

If you ask any experienced Teamfight Tactics player what keeps any team going, the answer will be class synergies. The bonuses that you get from combining the right types of champions define your team's strengths and weaknesses.

So what is the most optimal build in TFT right now? It all depends on what kind of build you're looking for, whether it's a straight up DPS team, a spell damage team, or something in between with a lot of tanky characters.

Here are four of the most optimal builds for each of these different types of synergies. If you're a new player and really want to understand how to play in the most efficient way, then follow our guide for the best team comps in TFT. 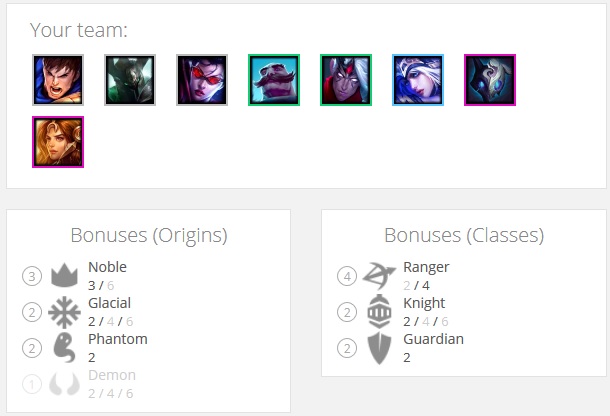 This build is predominantly Ranger-based, which brings up the chance of double attack speed up to 90%.

The Knight units are well armored and can block up to 20 damage per hit, which in combination with Guardian ability adds +30 armor to every adjacent ally.

The two best items used on Knights are Dragon's Claw and Phantom Dancer.

Since two of the Rangers in this build belong to Glacial origin, they also have a 20% chance to stun enemies.

Altogether, your team will have a massive ranged damage boost, and some proper protection for allies in the front lines. This is a solid universal team composition for any type of player. 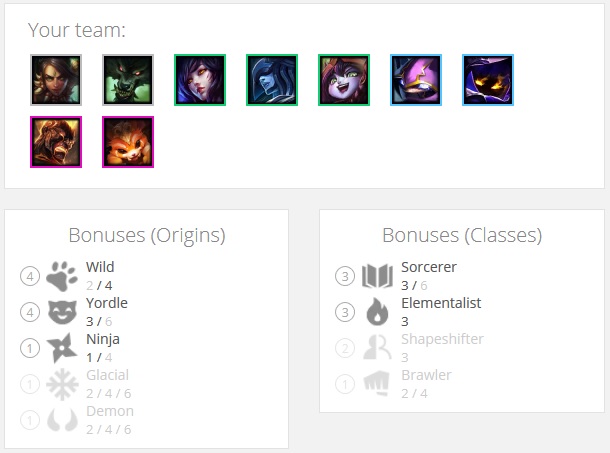 If you like to play with a lot of mana, then having the Sorcerer synergies is the best way to go.

This build offers three Sorcerer bonuses, which is enough to double your mana when attacking. On top of that, you'll get 35% bonus to your spell damage.

The two best items used on Sorcerers are Guinsoo's Rageblade and Spear of Shojin.

But Sorcerers aren't the only tribe capable of generating a lot of mana. Elementalists have the same effect and double all their mana when attacking. Instead of spell damage, they get to summon an additional Golem unit at the start of combat.

The three best items used on Elementalists are Locket of the Iron Solari, Zeke's Herald, and Zephyr.

All this mana will stack up giving you a massive advantage both in the early and late games. 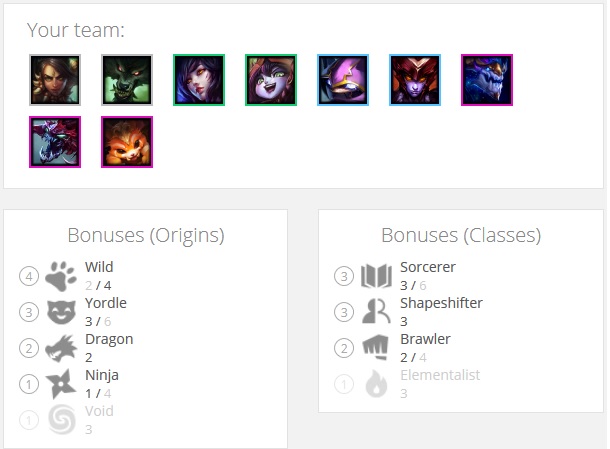 In case the full-on mana build isn't up your alley but you would still like to utilize the double mana bonus for each attack, then here is an alternative build that focuses both on mana and health gain.

All Shapeshifters in this team gain 100% bonus maximum health, while all Brawlers get +300 bonus health points. Together these two classes stack up a lot of health, which makes them very hard to kill.

The best item for Shapeshifter allies would be Phantom Dancer, while Bawlers will benefit the most from Warmog's Armor.

Also, you have two Dragons in your team that both have total immunity against magic damage, which makes them almost invincible on the board.

This team composition is very strong, but it is mostly recommended for experienced players. 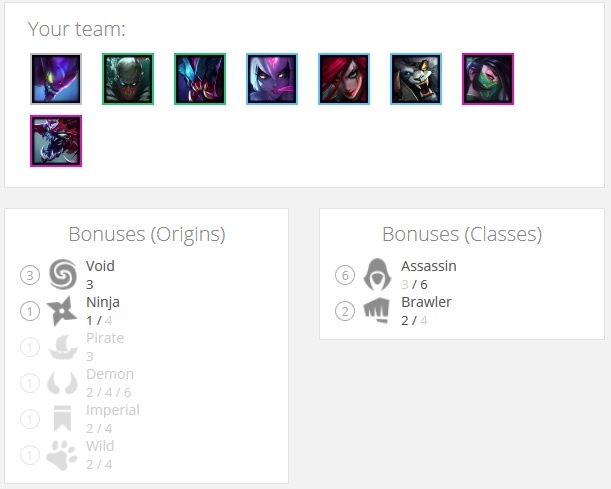 Now, here's something completely different. This build is the ultimate DPS team composition mostly made up of Assassins.

As a result, you will gain 500% critical strike damage bonus, which is the most amount of damage you can get in Teamfight Tactics right now. No other team will be able to withstand this much damage.

However, there needs to be a certain level of security in your team as well. That is why you need a couple of Brawlers in your team that will guarantee you +300 bonus health points.

The three best items, which you can use on your Assassins are Seraph's Embrace, Sword of the Divine, and Spear of Shojin.

If you're looking for the best champions tier list in Teamfight Tactics, then check out this guide. Also, be sure to come back soon for more TFT guides here at GameSkinny.