When and how should you spend your civic points in Stellaris? We've got some tips to help you decide!
by Nick Lee

In Stellaris, civic points are used to change the scope of your government, and you only have three possible slots to fill with these points. While there's a diverse list of civics to choose from, every individual empire will have its own benefits and requirements for spending civic points. Your government name and civic bonuses will change dependening on the balance of authority, ethics, and how you choose to spend your civics.

In order to change or add civics, it will cost 250 influence points -- and from there the combinations to better your empire are near endless. An important note for this is that certain civics come unlocked with DLCs, so be sure to spend your influence wisely if you're going to use those unspent points.

How to Spend Civic Points in Stellaris 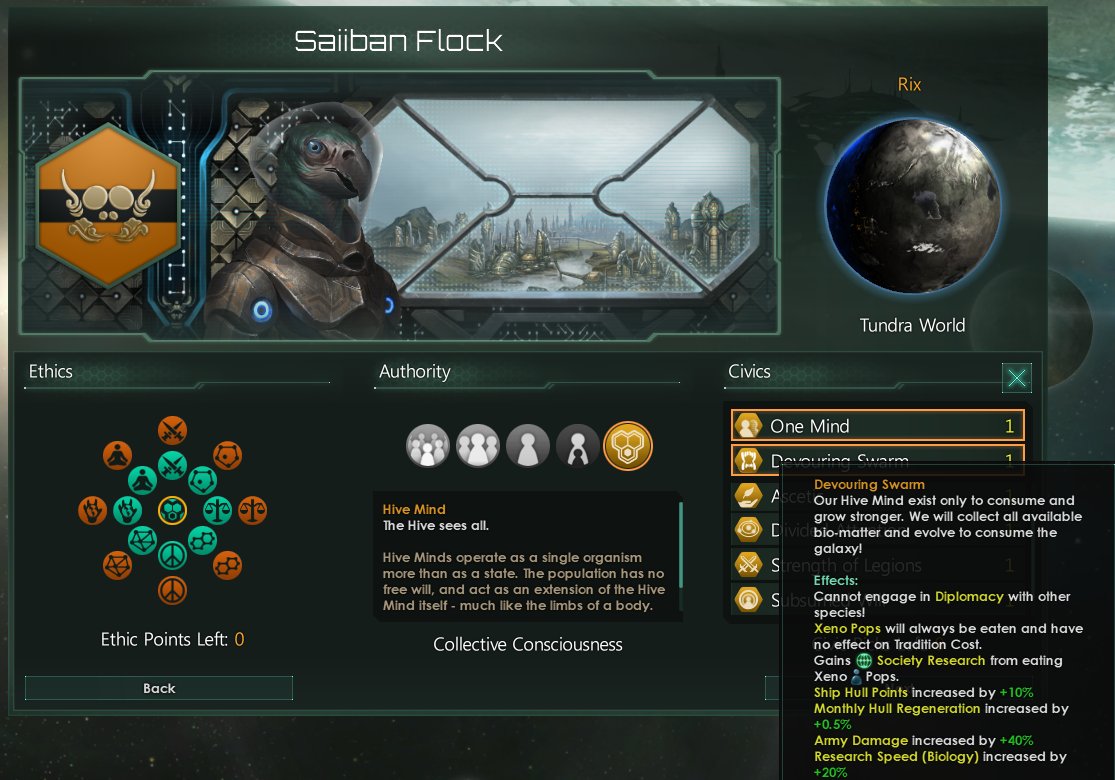 Players who want to adjust their civic points will have to go the government tap and click on the "reform" button. Don't worry about just clicking this button, as it won't alter anything just yet. At the start of your game, your empire will only have two civics. If you're later down the line, you'll unlock a third civic slot by researching the "Galactic Administration" technology.

Unlocking this slot allows players three civic point bonuses, but you'll need to keep a balance between the civics you choose and the requirements that come with it. This makes it so you'll not only need to know how to spend unused civic points, but also when to use them.

When to Spend Your Civic Points in Stellaris

Each civic point comes with a requirement that, if ignored, will cause a civic point to become dormant. For example, if you have the "Exhalted Priesthood" civic, you'll have to be an oligarchic authority with a spiritualist ethic.

This fine balance between your three point slots makes for knowing how to swap your civics very useful. Utilizing civic points offers bonuses, but as you grow and maybe change your style either ethically or authoritatively, so too will your civics need to change.

Why Your Civics Are Even Important

As previously mentioned, civic points are very important in Stellaris for their ability to give bonuses to players. These bonuses range from the ability to attract more immigrants to attack speeds. An important distinction to make is that players who have the Utopia and Hive Mind DLCs will be able to access more civics than before, each with more unique bonuses.

Both DLCs bring along civics of a very distinct empire, which lack bonuses attributed elsewhere in favor of more on-brand ones. For instance, a more militarist government would benefit from the "Fanatic Purifiers" civic only available through the Utopia DLC. This specific civic offers a bonus of an additional 33% attack speed and army damage -- which just goes to show that the right civic with the right government can be amazing for your gameplay.

Using civic points in Stellaris is simple, and it really comes down to knowing your empire and keeping track of how your actions and other choices can give you great in-game bonuses.

Good luck building your empire! And for more Stellaris tips as you conquer the galaxy, check out our other guides: