FFXV Guide: How to Complete the Shady Dealings Quest

Need to know how to perform the assassinations that are needed to complete the Shady Dealings quest in FFXV's Assassin's Festival event? This guide has the answer!
by adelgirl

From now until January 31, 2018, the limited-time Assassin's Festival event will be available in Final Fantasy XV. Players are able to complete quests and challenges in order to obtain some of the sweet Assassin's Creed-themed gear that's only available for the duration of this event.

One of these quests is a side quest called "Shady Dealings". For every objective that you complete in this questline, you'll earn assassination medallions, which is a prize currency. But some players are having trouble finishing it -- so in this FFXV guide, we'll walk you through it so you can reap those rewards.

In order to start this quest, you must first head to the city of Lestallum. Once you're there, you need to locate the quest giver -- a nameless Assassin. 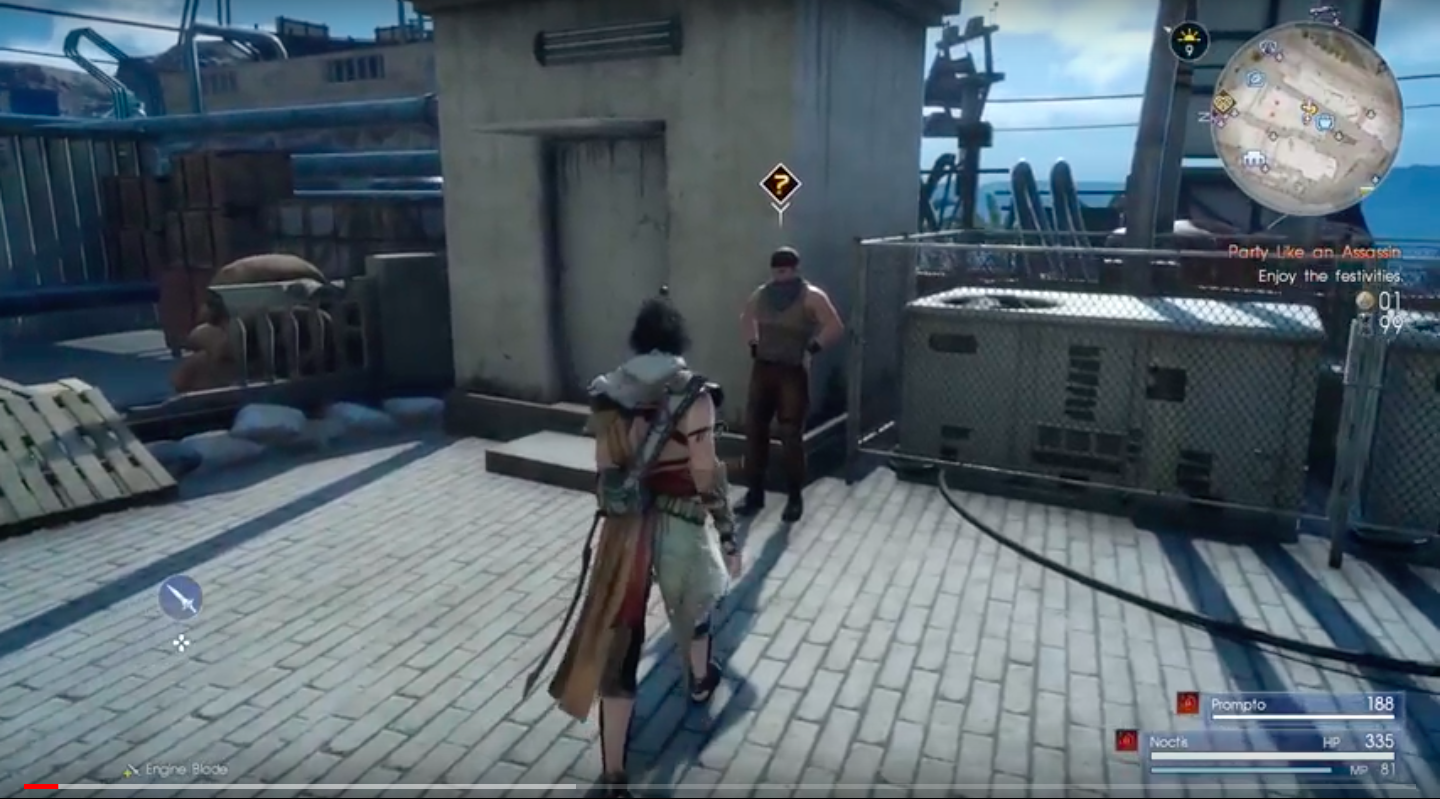 This NPC will ask you to obtain Broken Magitek Cores from Imperial Troopers. Once you collect one and bring it back, he will then ask you to get three. Once you've gotten three, he'll keep requesting more and more broken cores -- until you reach a whopping 99.

But the trick here is that you can't acquire these cores by merely fighting the Troopers -- you must assassinate them.

How to Perform Assassinations for the Shady Dealings Quest

You'll need to hide and use the assassinate option in order to harvest this resource -- and to do that, you'll need the ability to whistle. Whistling comes from progressing through the event's story to the point that you can hide in bins. Once you've got that ability,  you can farm Imperial Troopers for as many Broken Magitek Cores as you need.

Even after you complete the quest line, you can still collect broken magitek core and bring them to this same NPC. For every ten you collect, you get two assassination medallions.

That's all you need to know about the Shady Dealings Quest! If you need more help with the Assassin's Festival event or other aspects of the game, check out the rest of our FFXV guides for extra tips and tricks.