Guild Wars 2 Guide: How to Get to the Crystal Desert

The Crystal Desert offers exciting new challenges and rewards for players. Read our guide to learn more about how to get there!
by Kellan Pine

The upcoming Guild Wars 2 expansion, Path of Fire, will introduce players to the new Crystal Desert region of the game. This region is set to feature five new explorable zones, including the Crystal Oasis that ArenaNet made accessible for the preview weekend. We went on a journey into the desert to find out what it's all about, so read on to find out how you can follow us -- and why you would want to!

What is the Crystal Desert?

Many significant events in the history of the game world took place in this desert, including the ascension trials to receive the blessing of the gods in the original Guild Wars. On top of that, much of the campaign for Guild Wars Nightfall and the deaths of Glint and Snaff at the hands of the elder dragon Kralkatorrik happened here. 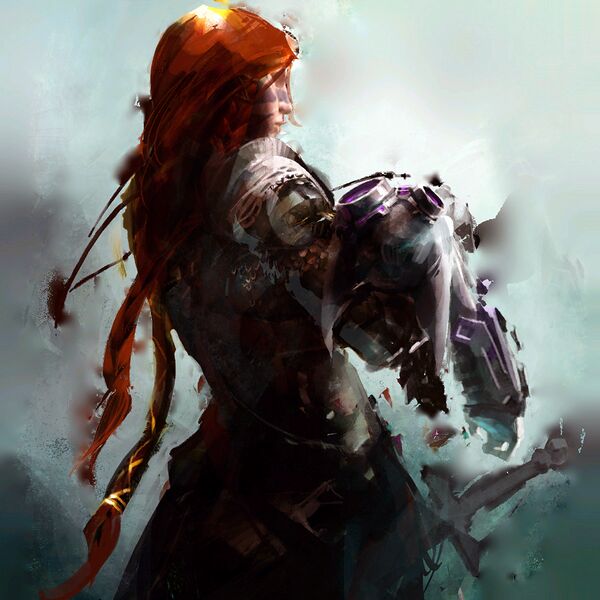 What is in the Crystal Desert?

Players can expect to find a mix of new and familiar enemies in the Crystal Desert region. The Branded -- minions of Kralkatorrik -- are a confirmed danger in this region. The dragon himself is not yet confirmed, but based on the story of Living World Season 3, it seems likely that players will encounter him as well.

The primary threat in the Crystal Desert, at least in the early portion of the expansion, is Balthazar. A rogue human god of war and fire, he has brought an army of minions called The Forged into Elona. These enemies are made of metal and fire -- and players will definitely want to bring plenty of condition removal skills to handle their burning damage.

As if dragons and gods weren't enough of a threat, Elona is currently ruled by returning Guild Wars character Palawa Joko. For much of the previous 250 years, this undead necromancer has ruled the region with his army of Awakened. Players of the Nightfall expansion may remember freeing Palawa Joko from imprisonment as part of a desperate bargain in the struggle to prevent the return of Abaddon, the god of secrets. However, players will now have to deal with the consequences of that decision.

On top of that, the environment itself consists of large maps with relatively few fast travel destinations. To traverse the Crystal Desert, players will need to gain access to a series of mounts.

How do you get to the Crystal Desert?

In order to access these new areas, players will have to purchase Path of Fire. It is expected that the new story missions will begin with an in-game correspondence written by an NPC, much like Living World updates and the previous expansion Heart of Thorns. When the Path of FIre expansion unlocks on September 22, players will read this message or check their Story Journal to begin Path of Fire.

The first mission takes players to Elona on an airship from Lion's Arch, leading them to instanced encounters that unlock the Raptor mount and introduce the story of the new explansion. Upon completing the mission, players load into Crystal Oasis -- the first map in the Crystal Desert region!

For tips and strategies for GW2, head over to our Guild Wars 2 guides page.