Having trouble locating the Mysterious Stranger in your vault? We've got the guide to of long it takes the mysterious stranger to appear.
by Dan Roemer

Editor's note: This guide is applicable for all versions of the game, including mobile, PS4, Xbox One, and Switch.

In this guide, I'll be explaining how you can find the illusive “Mysterious Stranger” in Fallout Shelter. First up I highly recommend a decent pair of headphones or earbuds as you'll need to be constantly listening for a piano tone within the game itself.

Keep in mind he'll only appear when everything is calm, so don't worry about him appearing during a deathclaw attack or rad roach infestation. Once you've heard the sound effect though, you'll have roughly 7-10 seconds to locate him within your vault, if you failed to find him you'll hear another piano tone play and he'll disappear. Fear not though, he tends to re-appear every few minutes. 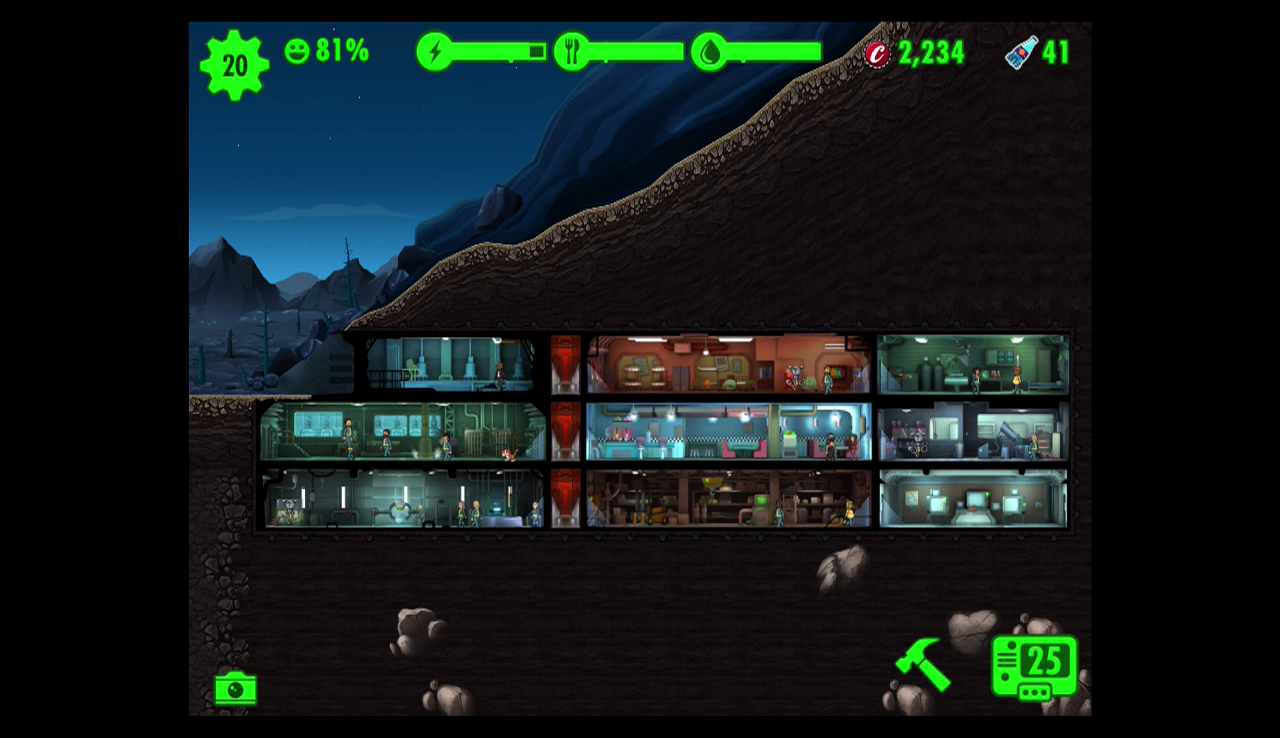 I also highly recommend keeping the camera panned all the way out, so you can scroll through your vault quicker and so the vault dwellers and the mysterious stranger himself will appear two dimensional.

The piano tone will get louder as well depending on how close you are to him, so for larger vaults this will be the key to finding him, for smaller vaults it shouldn't be too much of a hassle. Be warned he does tend to hide behind things in the background for those of you who have larger upgraded rooms in your vaults and if you have the camera zoomed in.

Once you've located him, be sure to click or tap on him to gain some easy caps! For everything Fallout Shelter or Fallout in general, stay tuned to GameSkinny.