An easy-to-use map and information on how to find every MesuKing card in Yakuza Kiwami.
by Ashley Shankle

I'm not really sure how I feel about Yakuza Kiwami's MesuKing minigame since it's basically a more flashy paper rock scissors, but I know how I feel about 100%ing the Yakuza games -- and I've just gotta do it.

I hope you didn't get your fill running around Kamurocho trying to find the coin locker keys, because finding MesuKing cards is pretty much the same runaround, just with more sub-story requirements to get them all.

You can't find MesuKing cards before you initiate and complete sub story 68 -- but once you do, the district explodes with 59 cards for you to collect and add to your sexy bug lady card collection and use to teach kids life lessons.

All we're going over in this guide is where and how to find all of the cards sprinkled about Kamurocho, from sub-stories to vendors and keeping an eye on the ground. I highly recommend you use the Card Watcher item (gotten from Kiwami Bob Utsunomiya on Showa St.) when hunting down cards so you don't have to run around half-blind (as this guide is best used with the item).

So, let's get to the map. Insect cards are noted in blue and technique cards in yellow.

Underneath I've listed all the cards not mapped and how you obtain them. Below that is a list of the cards themselves, and some have notes about their location (such as when they're indoors or require you press R3 to go into first-person mode to pick up). 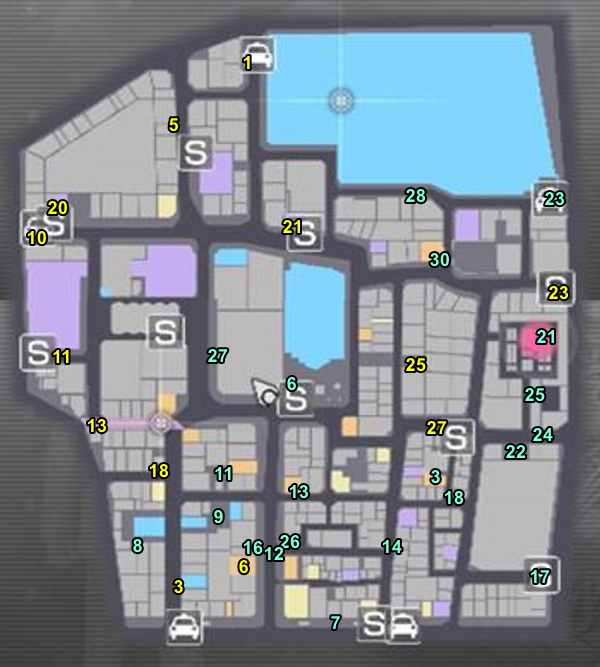 If you're less worried about MesuKing and more interested in what's in those coin lockers, check out my coin locker key locations guide.