Deathmatch is, to recap the post on adversarial modes, one of the pretty straightforward modes for Assassin's Creed 4 multiplayer. It's a smaller map than say, Assassination, but it gives you a picture of your intended target, and while it doesn't have a compass, the picture does react similarly.

How Do I Stun?

For me, this was one of the hardest parts to master. From what I've read online, Ubisoft nerfed knife stuns a bit because they felt they were overpowered in previous incarnations of multiplayer. This means that they're much harder to execute than previously.

To perform a stun in Assassin's Creed 4: Black Flag, on an Xbox 360, find the person that is pursuing/targeting you. Generally speaking, you can figure them out by their mannerisms, and this really is a game about keeping up with how people react. Once you target them (left trigger button) you will be prompted with a "X" command to press when they are close enough.

This attack must surprise your attacker, or you will fail. Succeed, and you win points and they lose the contract.

The beauty of corners is that you can see around them, and your pursuers cannot. If you are sure you are being pursued, they can be a great way to catch, surprise and stun the people who are coming after you.

You can lock on the target, and can use any of the add ons you receive through leveling up to attack your opponent.

Avoid dead give away behaviors like running, free-running, walking at 90-degree angles, etc. In some situations, these behaviors are difficult to avoid.

During stuns, you're going to light up like a Christmas tree to watchful eyes, because NPC's don't fight back. Other times, the specific situations brought on by your opponents will out you. A money bomb will out you just as quickly as a firecracker because unlike you NPC brethren, you don't react.

Score multipliers can be the difference between winning a match or not. Assassins' Creed 4: Black Flag rewards you for a bunch of different kill-types, and there is no reason not to take advantage of these when you can. Hidden kills, bench kills, etc all give you score multipliers and can make a winning streak extra point laden.

This is easier said than done, and will come with experience and people watching, but hitting decoys is an excellent way to both lose your cover, be stunned, and lose your target.

Killing a civilian, likewise, cuts out your ability to stun and kill for a couple of seconds, and will most likely result in you losing your target. Make sure you have clear line of site on your target. There have been many kills I've lost because a bearded man walked into my attack range right before I struck, resulting in a dead civilian, a stunned me, and an escaped opponent. 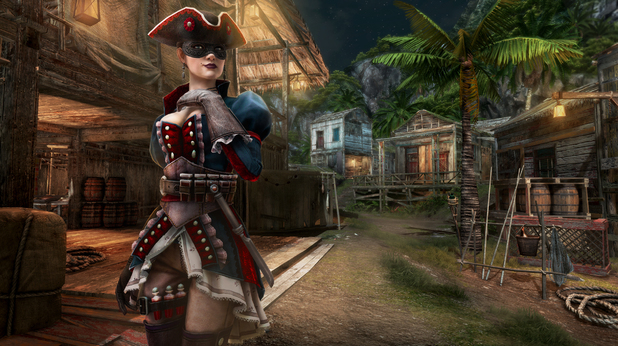 Use your disguises! Left Shoulder Button works wonders at making you blend in, especially if you chose one of the more conspicuous characters  (that said, they're all pretty conspicuous.)

What are your tips for Assassin's Creed 4 Deathmatch?