Every critical holotape location found in Fallout 76. Including Personal Matters, Safe for Work and Others.
by Sergey_3847

There are hundreds of holotapes scattered all around the post-apocalyptic landscapes of West Virginia in Fallout 76. These precious items reveal the lore of the world through the story of people who recorded them and left them lying for others to find.

Some of these holotapes are especially valuable and are parts of many side quests. If you don't want to waste time looking for these holotapes on your own, then just follow our guide below with corresponding location maps to each of them. 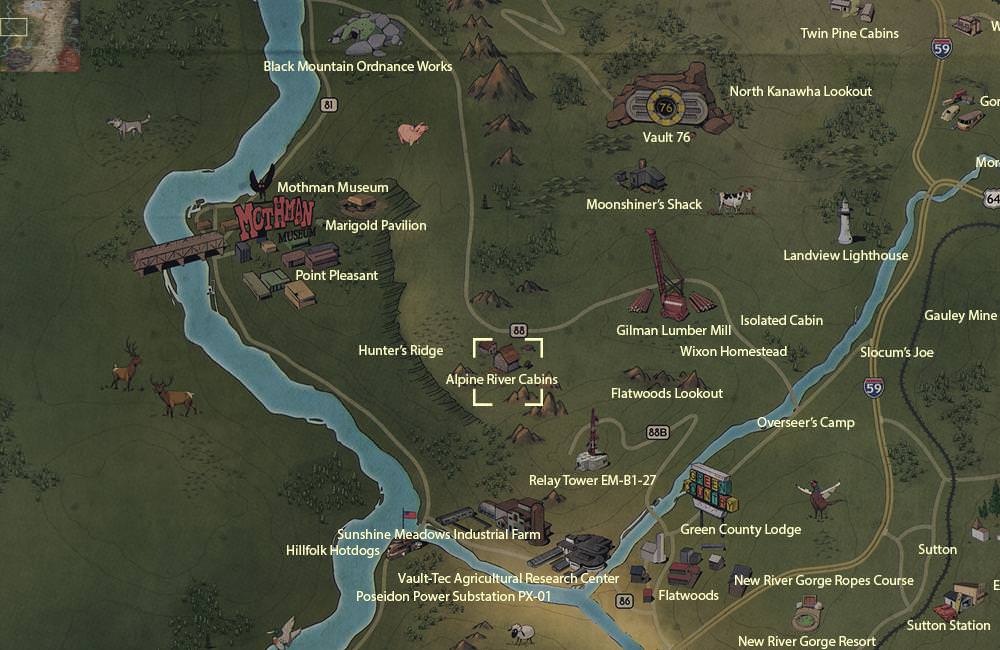 Find this holotape near one of the cabins the Forest region. This tape is not a part of any quest, but it will let you know that there is something weird happening in this area. 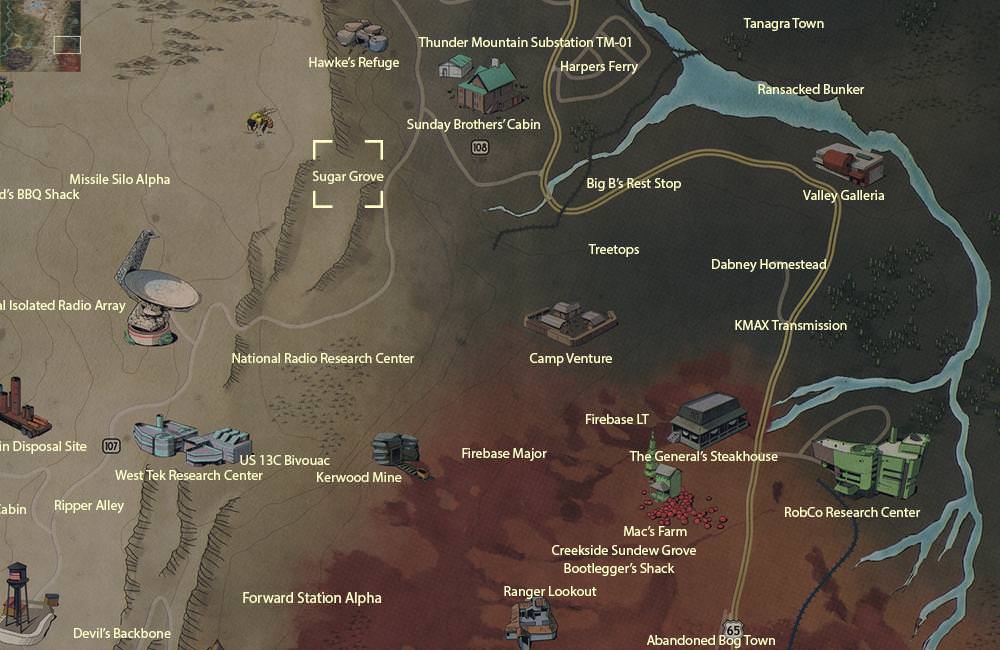 Here is a blank holotape if you need one at Sugar Grove located in the Savage Divide region.

This location also includes three other holotapes that carry recordings of the three monsters: 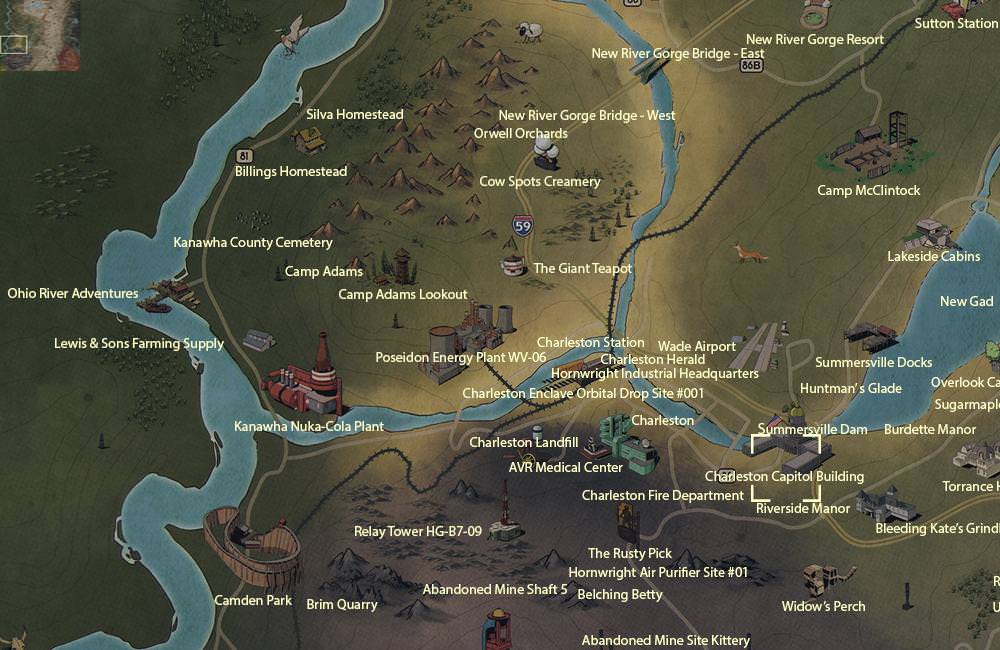 The holotape with a recorded conversation between Abigale Poole, the Speaker of the House for the Provisional Council, and Tanner Holbrook, the Majority Whip of the pre-War West Virginia State Government, can be found inside the office of Charleston Capitol Building in The Forest region of Appalachia. 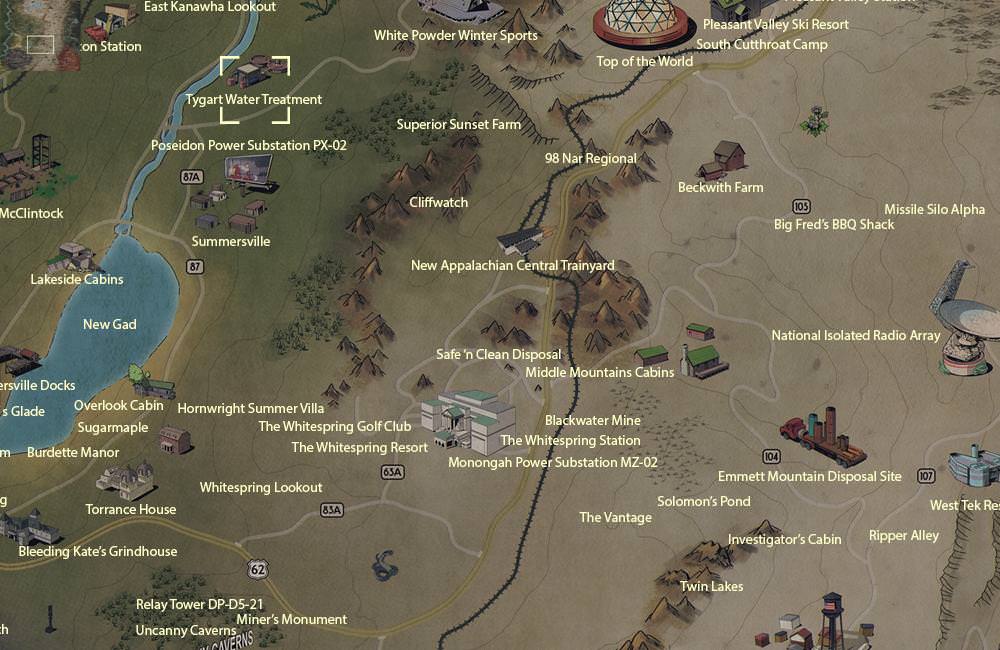 The Damaged holotape is a part of the Into the Mystery side quest, which can be obtained by finding a dead body body at the Tygart water treatment plant in the Forest region. 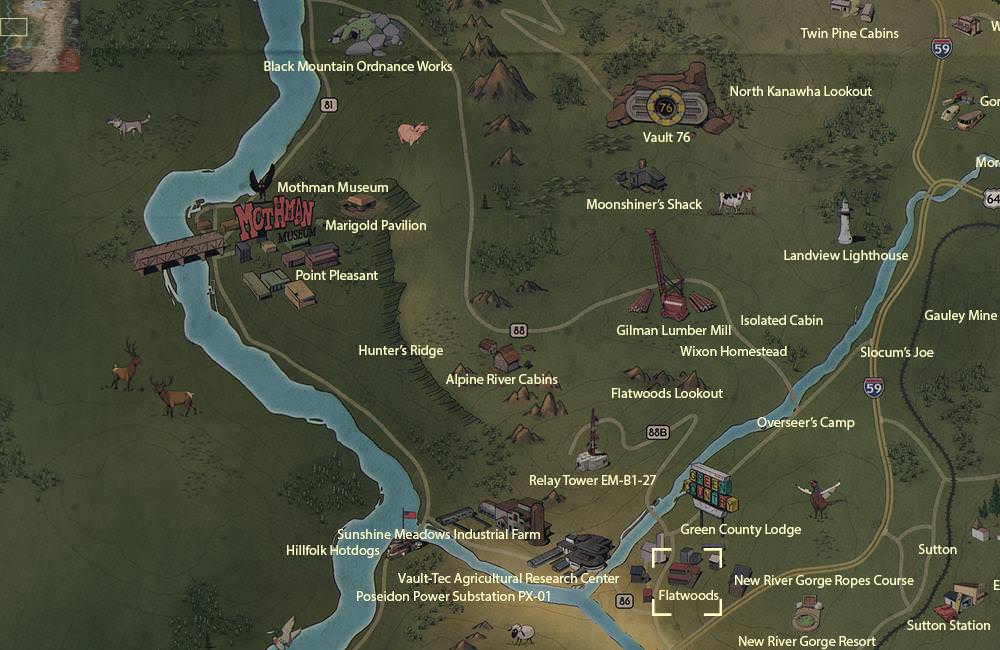 This holotape can be found inside a footlocker in the tavern kitchen of Flatwoods. Although this holotape is not a part of any quest, the data recorded on it is quite hilarious. 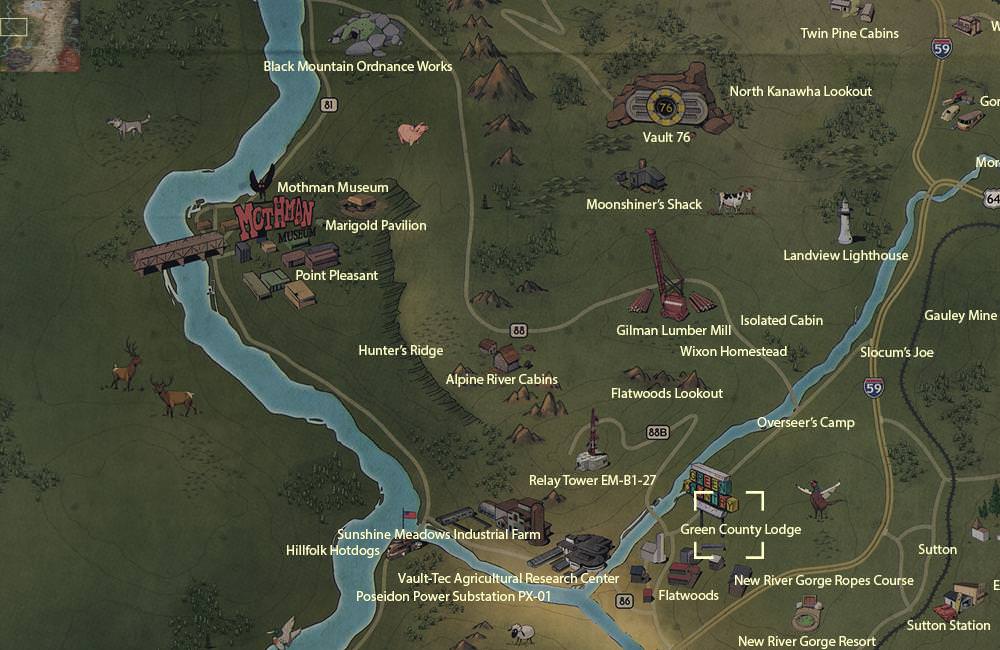 Here is another funny tape, which can be found on top of a shelf standing next to a radio inside the workout room of the Green Country Lodge. 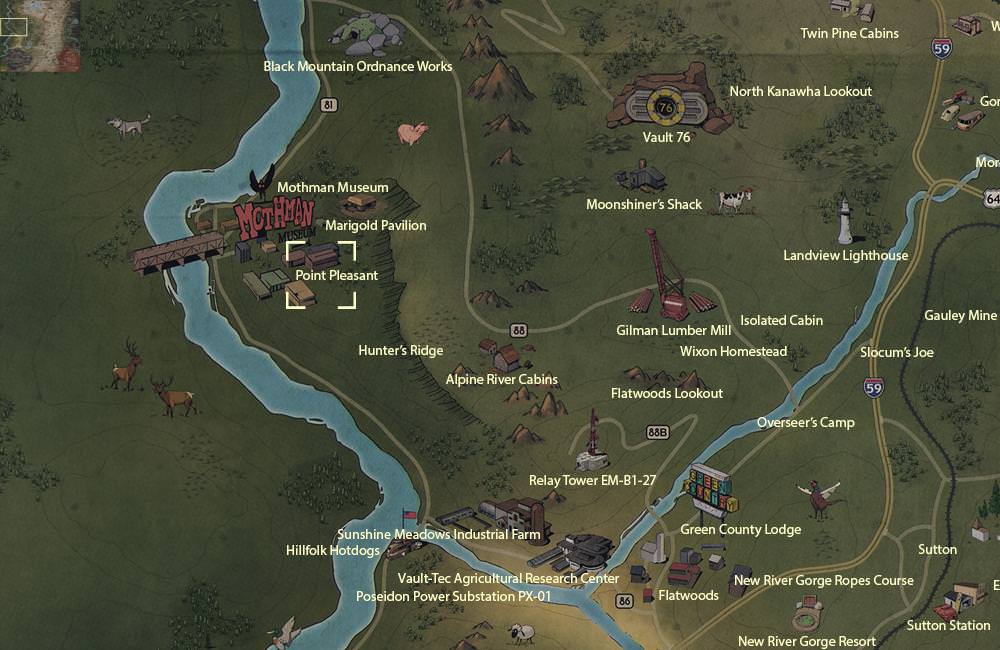 The holotape discussing the Mothman monster can be located inside an apartment across the bus stop at Point Pleasant. 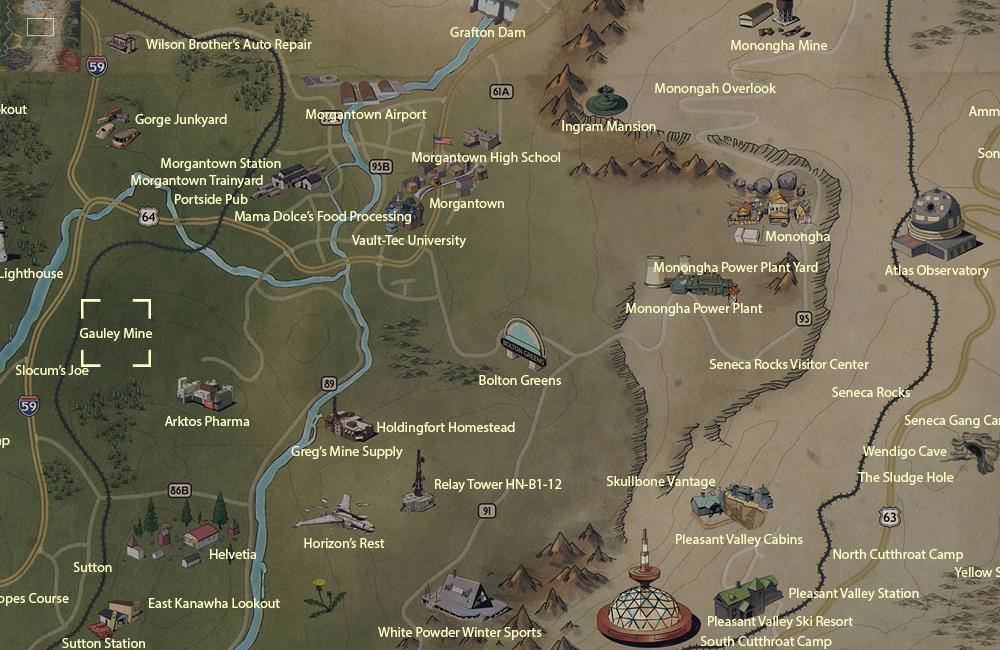 This tape can be found at the end of the tracks directly across the T-intersection of the Gauley Mine in the Forest region of Appalachia. 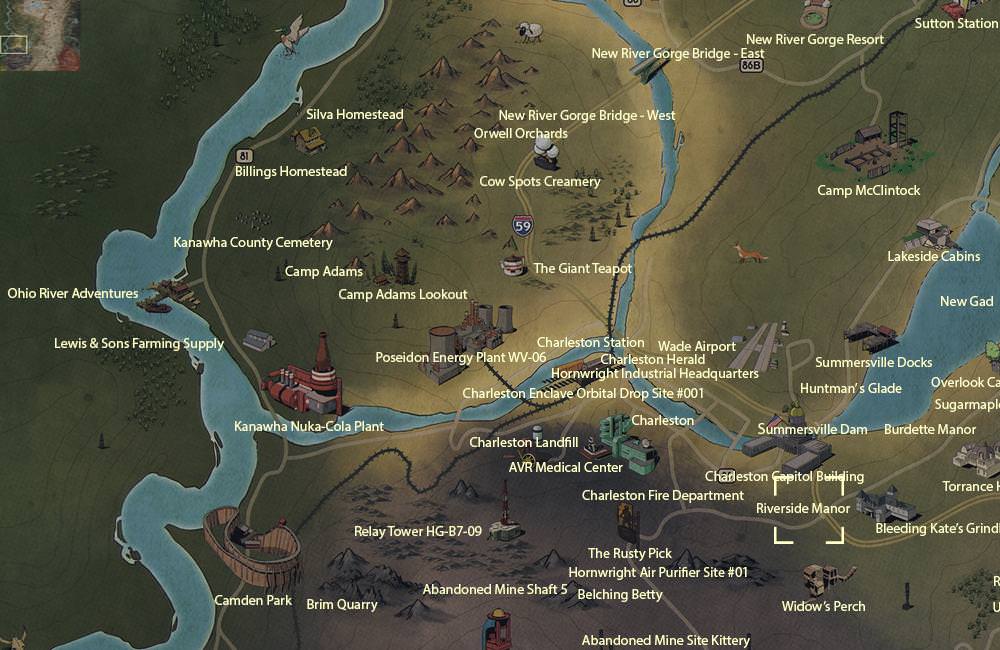 Riverside Manor is one of the most important locations on the map. It can be found northeast of Mount Blair in the Forest region. There you will find 11 holotapes that are parts of various quests.

Here is the complete list of holotapes, which you can find inside the Riverside Manor: 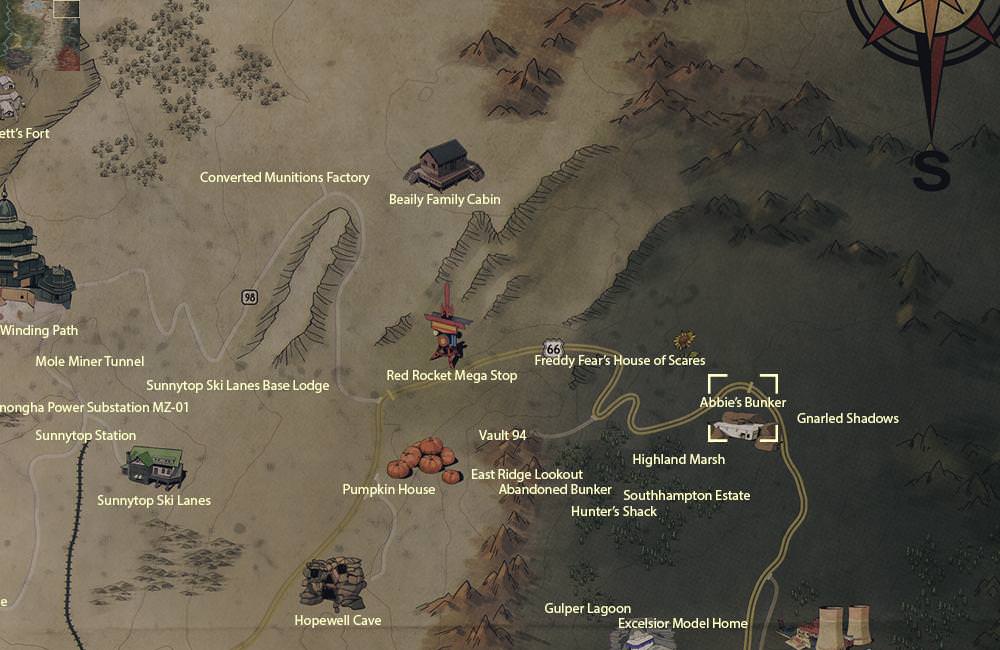 Find this important lore holotape outside of Abbie's Bunker in the Mire region of Appalachia. 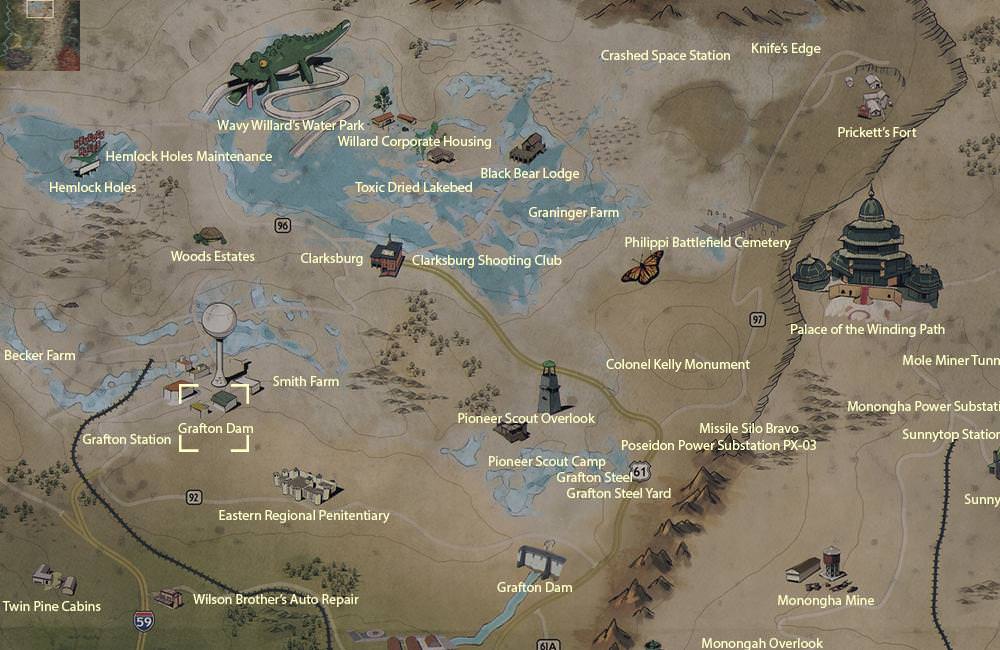 The tape discussing the madness of the mayor of Grafton can be found at Grafton Dam in the Toxic Valley region. 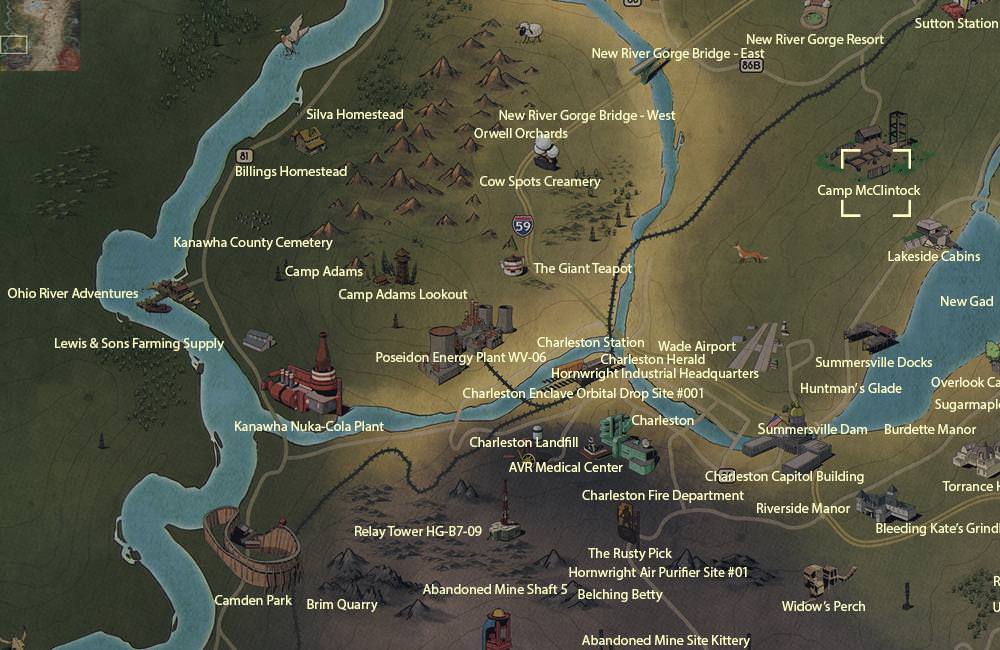 Go to the main building of Camp McClintock in the Forest and find the private holotape recording of the Overseer. 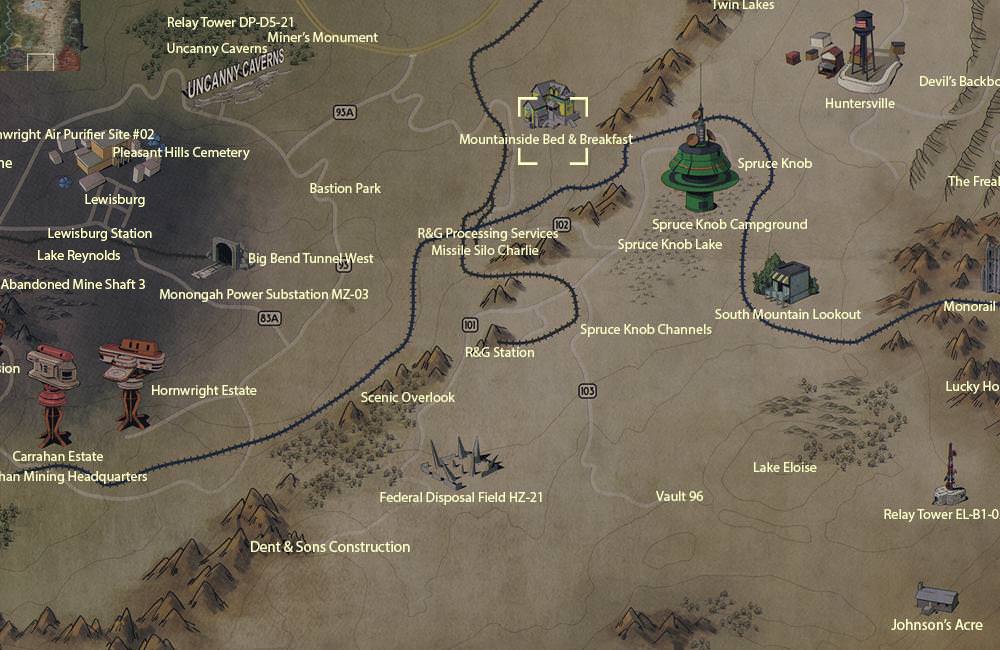 A recording of an attack at the Overseer can be located on a makeshift table on the porch of the Mountainside Bed & Breakfast.

Top of the World 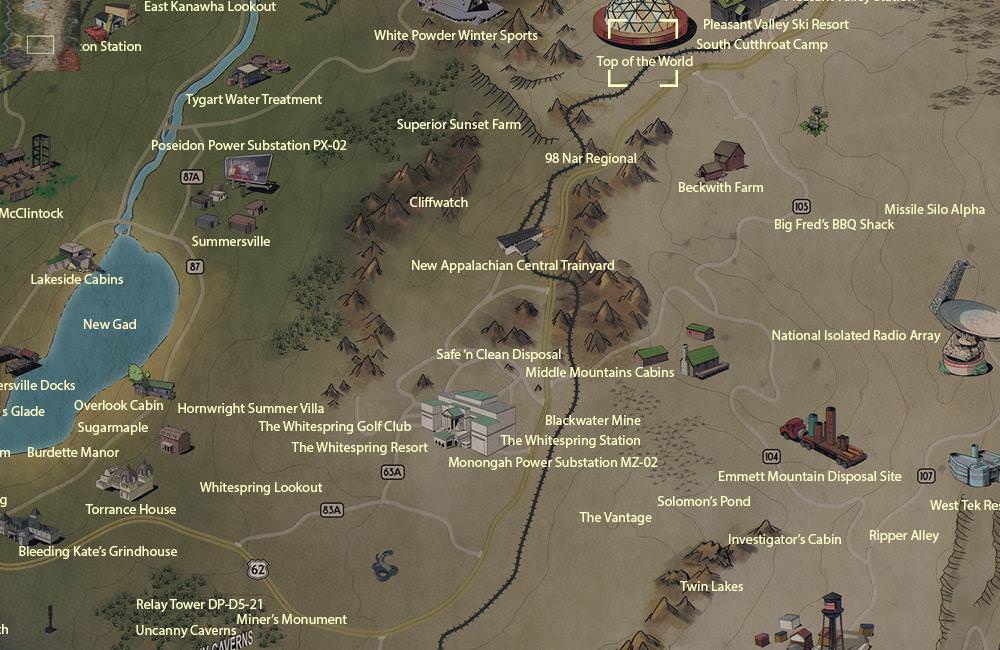 Another important piece of lore can be seen at the elevator of the ski-resort Top of the World.

Personal Matters is a side quest that requires you to find and kill Evan, a ghoul that creates a lot of trouble. In order to complete this quest you need to find 6 holotapes. 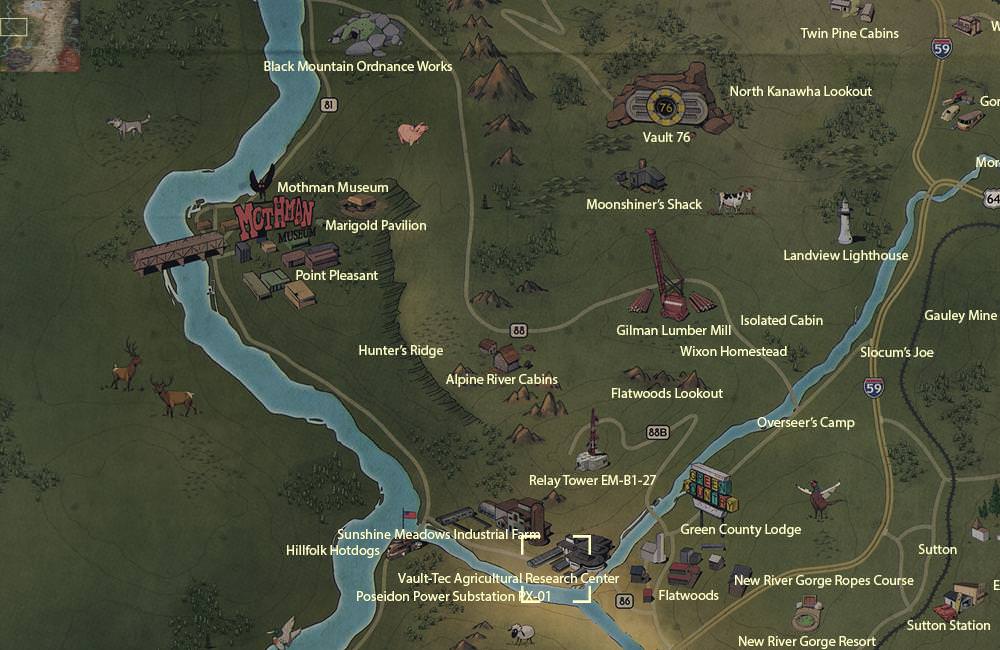 The first holotape can be found at the front counter at Vault-Tec Agricultural Research Center. 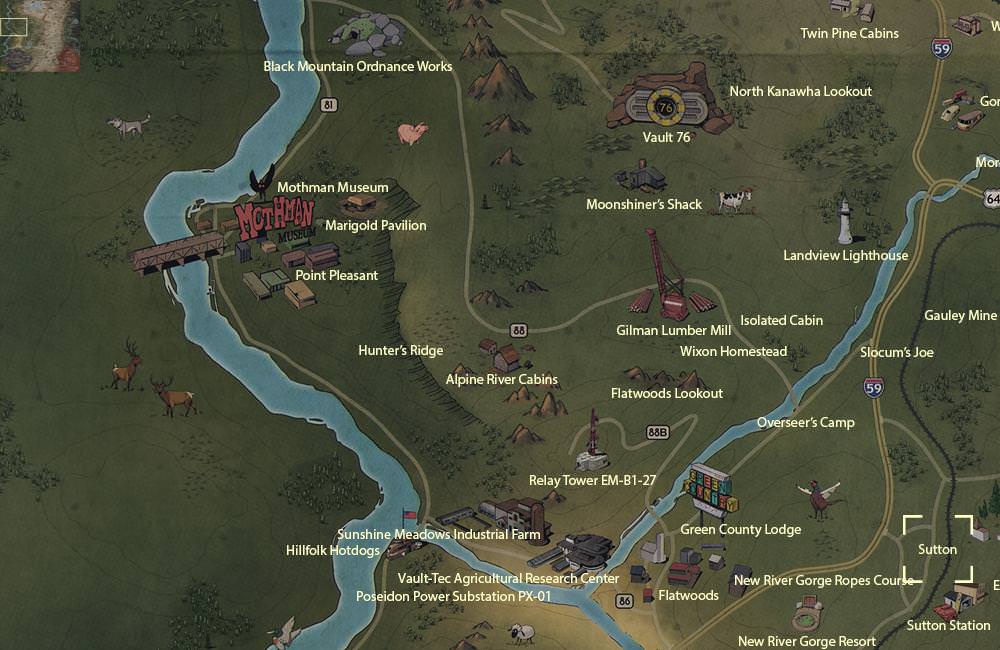 The second one can be seen inside the blue house on the second floor of the Sutton building. 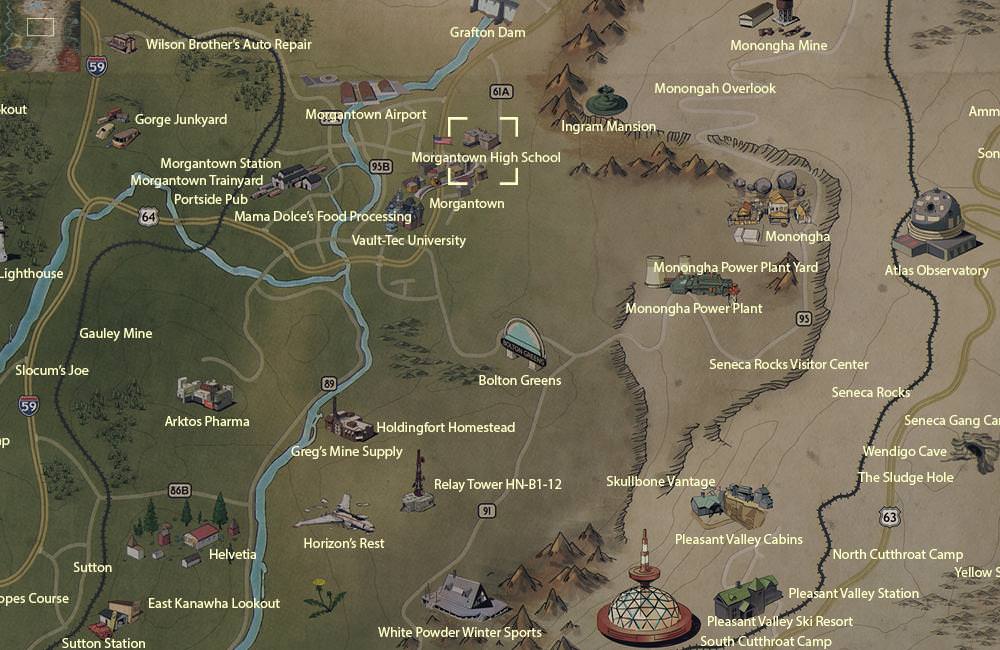 The third piece of tape can located inside the Morgantown High School. 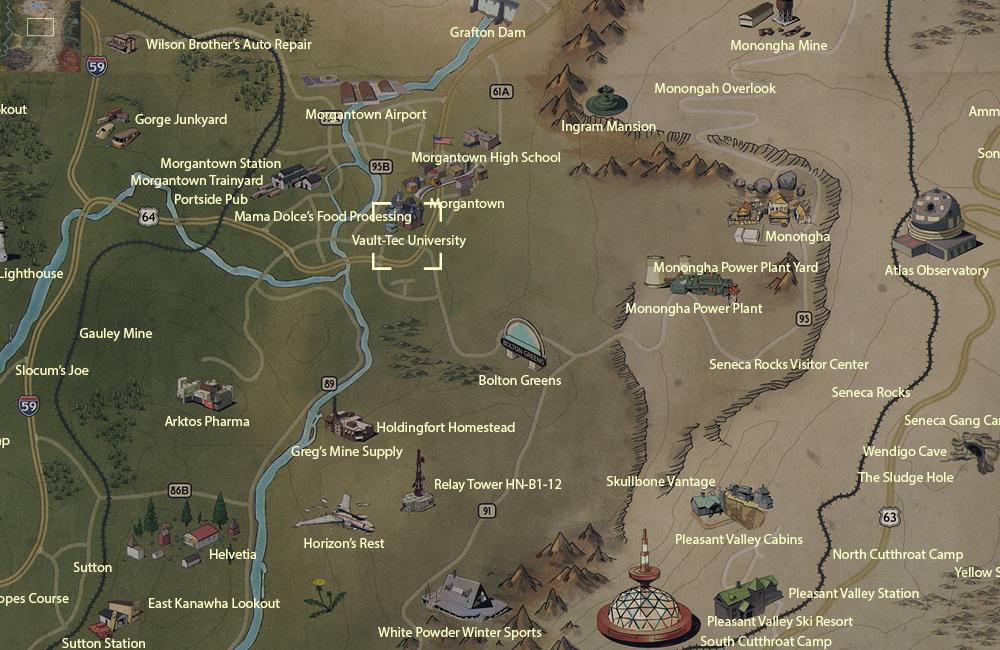 For the fourth tape you will need to travel to Vault-Tec University. There are three Valut-Tec University buildings with a courtyard between them. Make sure you enter the central main building not one of the side buildings. They all show on the map as Vault-Tec university. The one you want has a mockup of a vault door in the entryway. 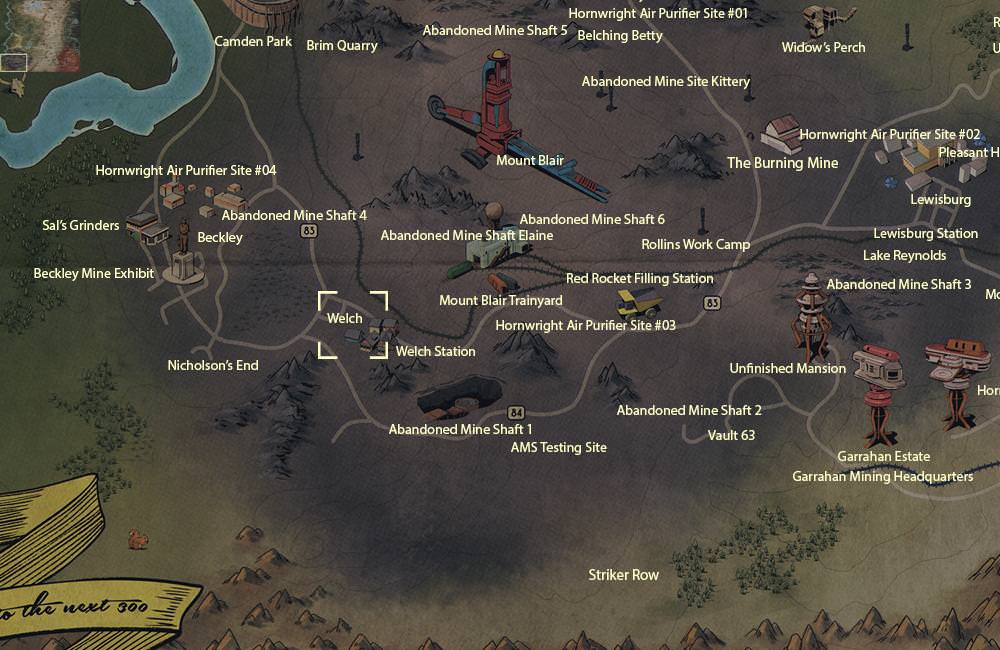 The fifth holotape can be seen inside the Evan's house in Welch. 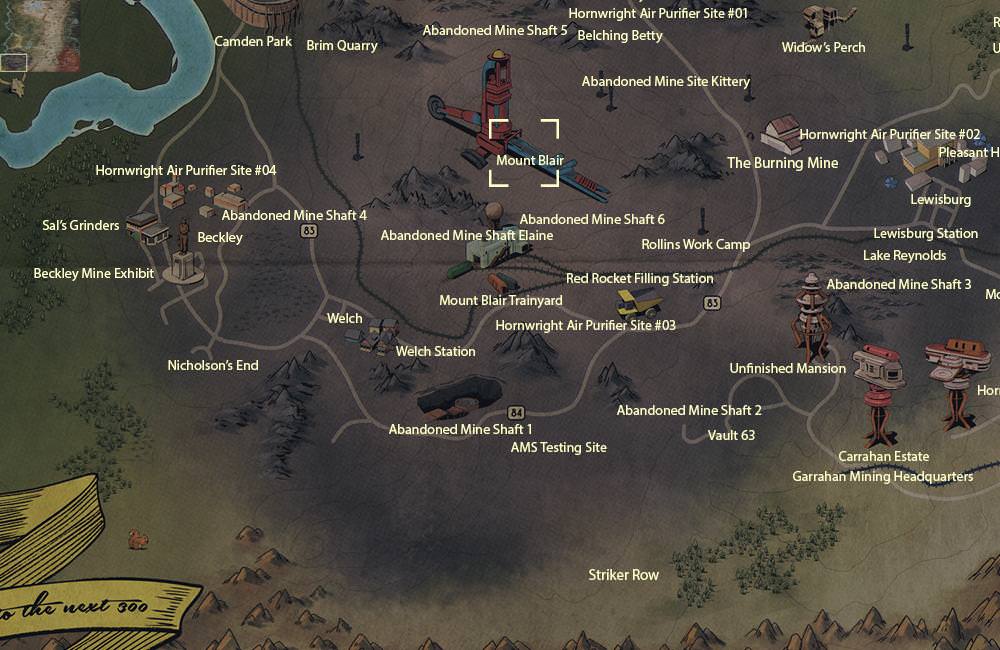 Find the last tape at the top of Mount Blair. This is also the location of Evan himself, so go ahead and kill him to complete the Personal Matters quest. 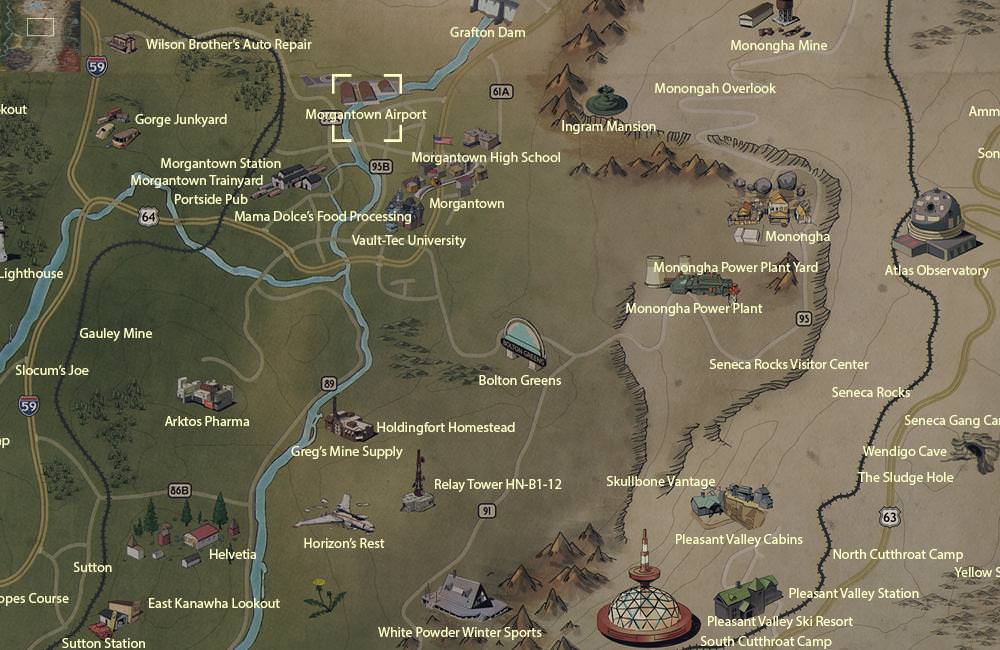 The Safe for Work side quest requires you to find five holotapes scattered around the Morgantown Airport. Here are all five locations where you will find the required holotapes: 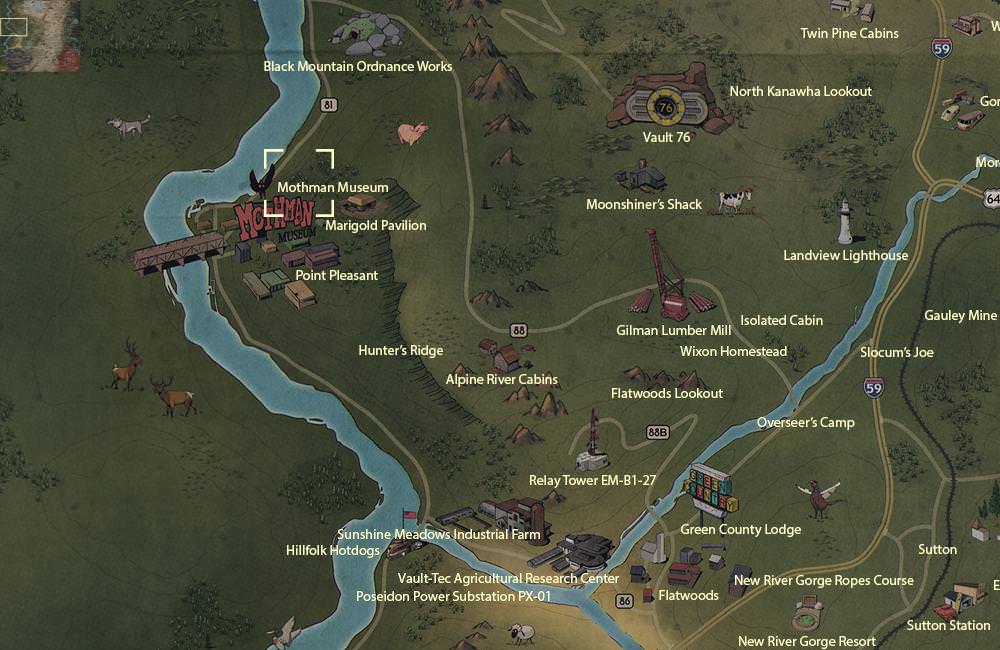 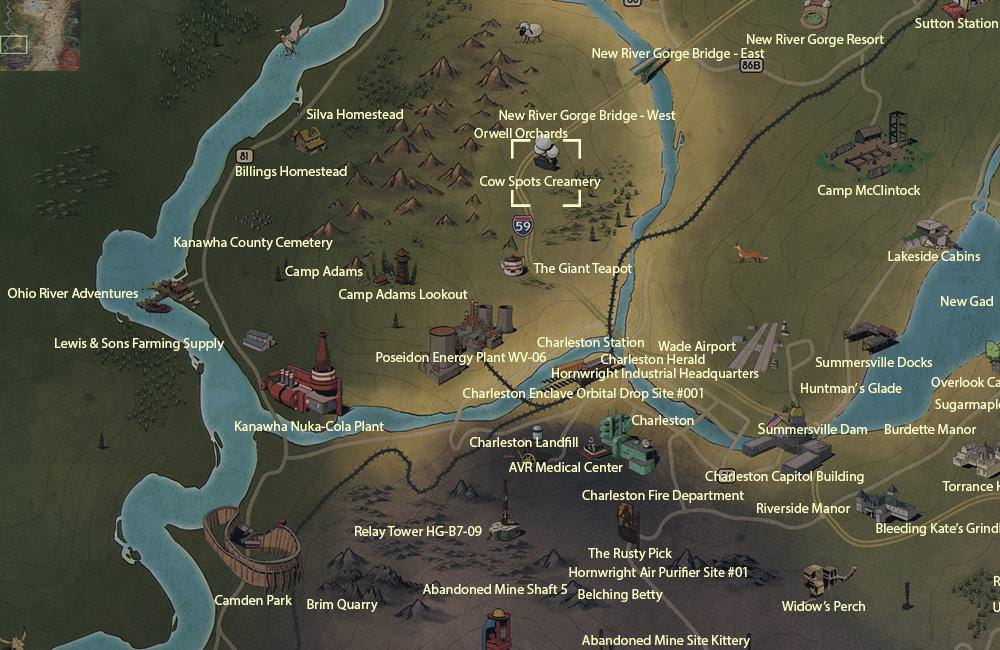 Get yourself some fresh cream and a holotape discussing its origin at the Cow Spots Creamery. 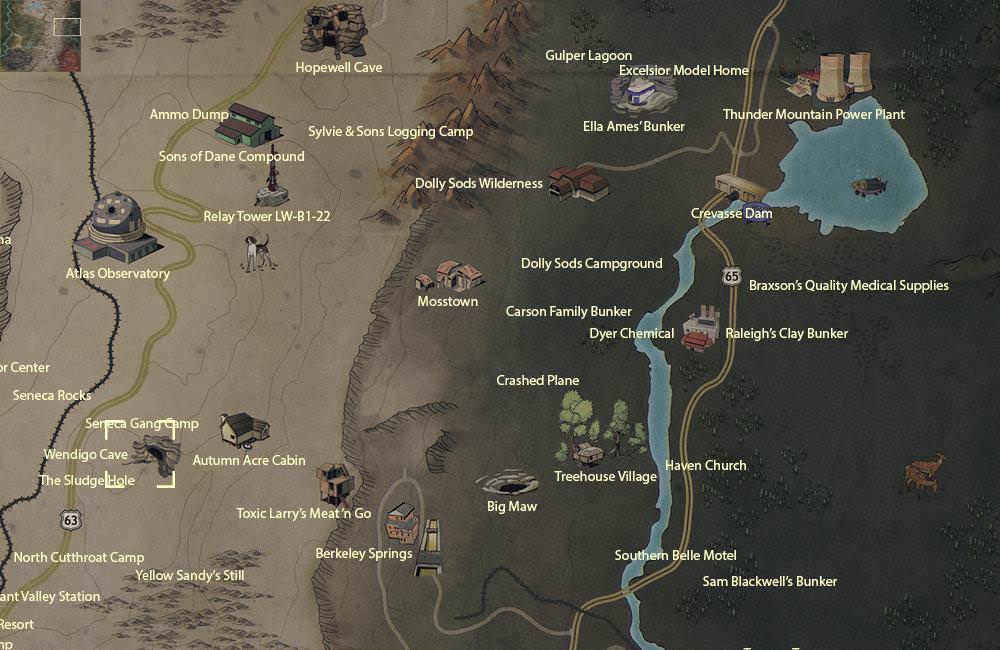 The tape highlighting the encounter of a soldier with the Wnedigo monster can be seen at the entrance of the Wendigo Cave. 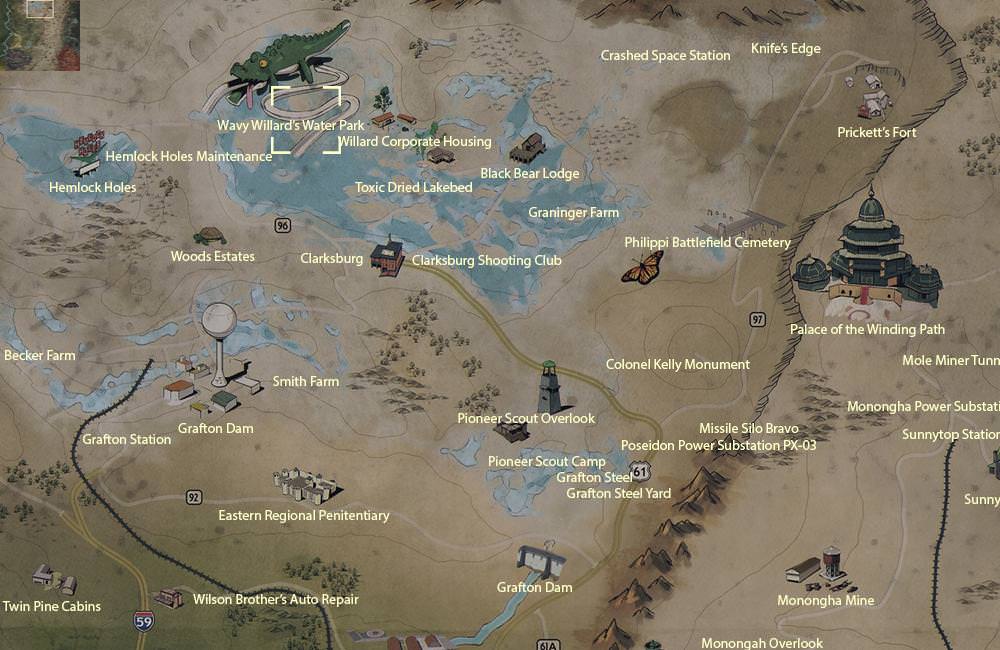 You can start the Cold Case side quest by listening to the holotape found at the underground maintenance area at Wavy Willard's Water Park.

Hopefully, these holotape locations helped you find more information about the game's lore and complete some of the most major side quest. For other Fallout 76 guides at GameSkinny, check out the list below: