New to Hyrule Warriors? Here are some Pro Tips that will make the experience miles better for you.
by Autumn Fish

Hyrule Warriors is receiving its final update and DLC in a few weeks time, which means the game is nearing its final completion at last. For the last five months, Hyrule Warriors has been a riot for Zelda fans and renown Warriors alike. No matter how many hours you sink into Hyrule Warriors, it's really easy to gloss over something important that could make your experience that much better.

Here are a few tips to help boost you ahead in Hyrule as you dance across the battlefield, slaying massive hordes of enemies unfortunate enough to be caught in your path. 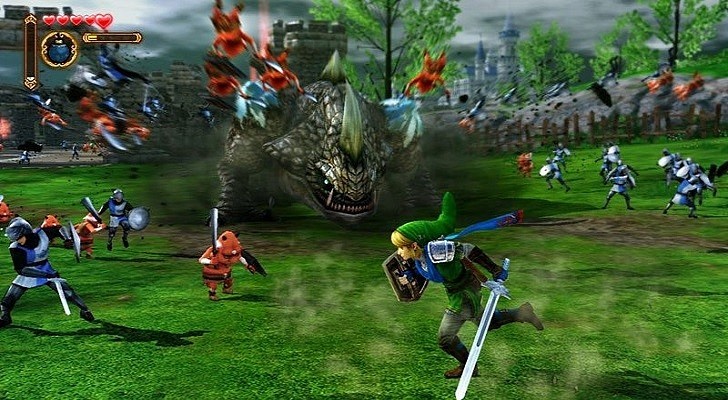 This trick will get you out of the fray and sprinting towards your next target with haste. After all, you don't want to be squandering precious seconds on walking your character up to a run, do you? Simply press and hold the roll button to dodge into a great dash.

Do Not Forget to Guard

It's easy to get caught up in the fluidity in the combat so much that you forget you even have the option to throw up a shield. Most of your enemies do it after you land a couple of attacks on them, so why shouldn't you? Even holding down the guard button while tossing out a flurry of attacks can save you from taking unnecessary damage when it counts—particularly in Adventure Mode.

I see you running towards the nearest weapons and materials to nab them on your way to the other side of the map. You know, you don't really need to do that. If the Weapon or Material is on the ground, it's yours and will be collected at the end of the battle. Cut down on some precious time by passing up these shiny objects. You have other things to worry about.

Make sure you are crafting badges for all of your Warriors in the Bazaar. Badges require specific materials to craft and effectively power up your character incredibly from their default state. Do not waste your materials on the Apothecary near the beginning, you need every scrap of them for your warriors. There are some mixtures that will tempt you, such as the EXP Potion, but it's best to just get the badges out of the way. Remember that the most important badges are the ones that open up your weapon combos. 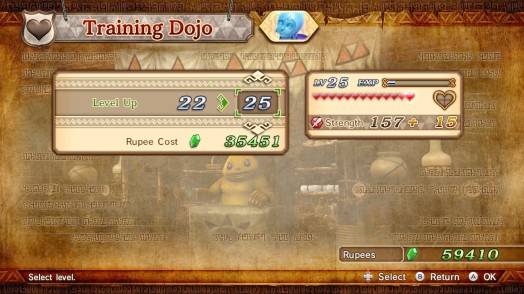 The Training Dojo is There Because You Need It

The Training Dojo where you spend Rupees to level up your characters may seem cheap, but it's only there because you'll need it. Raising your character's level raised their base attack power and maximum health. Each character has their own experience bar, and to keep your characters caught up with one another, you need to spend Rupees. Which brings me to the next point...

Do Not Neglect Any of Your Warriors

You will occasionally encounter missions where you are limited on which Warrior you're allowed to use. Sometimes you need to use a specific character to nab a reward, such as a piece of heart/heart container or a new weapon. The only characters that don't end up as mission exclusives are Twili Midna, Tingle, and Young Link (all of which come in Hyrule Warriors DLCs). 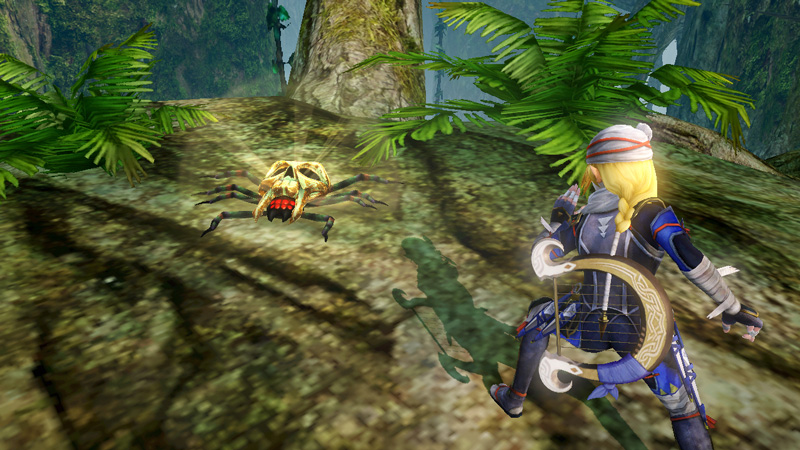 While on the battlefield, take the time to grab Gold Skulltulas and Heart Pieces. Even if running across the map to grab a Gold Skulltula causes you to miss that precious 'A' Rank, you never have to worry about that Gold Skulltula again. Completing Gold Skulltula Illustrations will unlock Reward Map levels that, upon completion, may grant players special rewards after reaching certain milestones. Gold Skulltula's can only be found once per mission, so keep that in mind.

Heart Pieces will raise that warrior's maximum health. Piece of Hearts are regularly found in hidden areas—under boulders, behind bomb-able walls, on cliff faces, you name it—while full Heart Containers are found by capturing a specific keep on the battlefield.

Along with the ever-so-useful Bazaar, there are a couple of interesting features found strictly on the Warrior Select Screen. Using the Gamepad as a second screen, you can press '+' on a new controller to play Hyrule Warriors with your family or friends nearby. Be warned, however, that Co-Op has a loss of image quality on most TVs and unimportant enemies may take an extra-long time to spawn.

Hovering the curse over any Warrior with costumes unlocked will allow you to push X to choose what costume to wear. The Warrior will then default to that costume every time you enter battle until it's changed again.

Legend Mode is a Tutorial - Complete It

Legend Mode makes up 5% of the game (if that)—it's basically a 14 hour tutorial compared to the rest of the content in the game. I completed it all the way through before diving into anything else, and I'm glad I did. There are a couple of reasons you may want to complete Legend Mode:

If you need help doing everything there possibly is to do in Legend Mode, IGN did some pretty great coverage. Problem is, everybody forgets about Adventure Mode.

DO NOT IGNORE ADVENTURE MODE

Adventure Mode is the heart and soul of Hyrule Warriors. You are missing out on easily 90% of the game by glossing over Adventure Mode. Not only does it offer fun and fresh challenges, but it has unlockable characters, new unlockable weapons and higher tier weapons. If you buy the DLC—which I highly recommend you do—you can even unlock new costumes and 8-bit weapons through Adventure Mode. This is where you will spend the majority of your time in the game.

Getting an A Rank in Adventure Mode

At first, getting an A Rank in Adventure Mode seems almost impossible since you need to be perfect in each scored area. At least until you know what you're looking for. For most challenges, getting an A rank is as simple as following a generic score outline:

So long as you finish under 15 minutes, take less than 4000 damage (about 10 hearts) and kill 1200 enemies or more, you're in the clear. Missions will never get harder from here, this is the base, "normal" mission layout. Some missions may let you take extra damage before losing your A rank for example.

Lucky for us, recent updates have made all of these values trackable while in an Adventure Mode mission. K.O.'s are found on the bottom-right of your screen, above the EXP bar, while Time and Damage Taken are both found on the top-right corner of the pause screen.

Unlock Every Weapon on the Adventure Map

Not only should you unlock each weapon variety, but you should also take the time out of your day to unlock every weapon tier on the original Adventure Map. Unlocking a new weapon tier can significantly raise the power of the warrior who uses it, but that's not why you should do it.

You may have noticed that Link's Master Sword's only Weapon Slot is taken up by something that requests you kill 25,000 enemies—yet the number never dwindles no matter how much you kill. You can only fulfil the 25,000 kill requirement after you unlock the skill—and to do that, you need to collect every weapon on the Adventure Map.

After unlocking the skill, the Master Sword will bump up to a 500 base power from 300 and you can start unlocking other weapons with a similar 25,000 kill skill.

In a world where DLC fails us constantly, it can be hard to simply buy into a Season Pass and trust that the developers will deliver your money's worth. Most DLCs out there are a joke at best, anymore. You can only imagine my disappointment when I bought Tomb Raider Game of the Year Edition on Steam the other day and only a small handful of the DLCs added any sort of substantial gameplay.

If you've already bought Hyrule Warriors at full price, you have a solid game with huge amounts of content already. Including all of the free updates that have come out since the game's release, one can probably expect to dump 150 hours into Hyrule Warriors before they start coming up short on things to do. 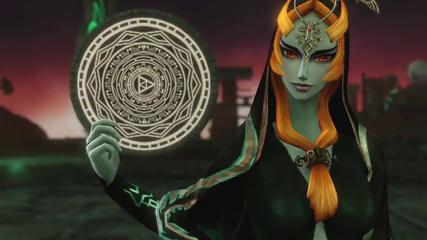 Buying just one DLC, like The Master Quest Pack, will nearly double the amount of content available for you in the game. Buying the entire Hero of Hyrule Pack season pass for one-third the full price of Hyrule Warriors will effectively quadruple the amount of game you have, bringing the expected game time for a completed save file up to about 500 or 600 hours. Believe me, if you like Hyrule Warriors, you want the DLC.

Acompanying the DLC on the eShop are a few costume packs for a dollar each that add a couple of costumes to the game that were originally only available as Pre-order or Club Nintendo Rewards. If you decide not to get them, it will not affect your enjoyment of the game and are only there for fans who missed the opportunity to get them in the first place. 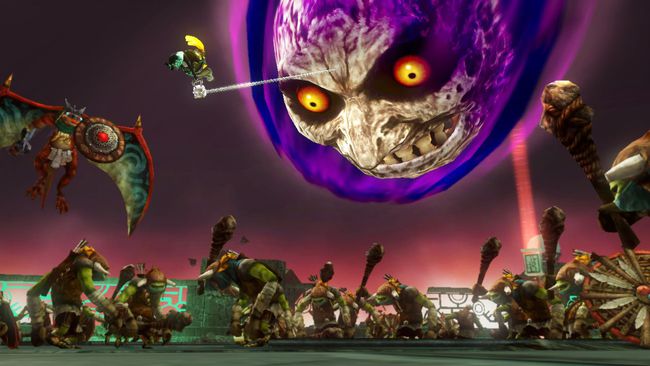 You are now well on your way to becoming a battlefield maestro in Hyrule Warriors. Make sure you keep checking back for guides on Adventure Mode and how to use some of your least favorite characters effectively.

Are you having a hard time with a specific character? Maybe an Adventure Mode mission is giving you a fair bit of trouble. Want to know how to make good weapons? We've got the answers! Ask us your questions in the comment section below!