Guild Wars 2: How to Get the Selfless Potion

ArenaNet has recently introduced a new way for players to get the Selfless Potion in GW2.
by Kellan Pine

Guild Wars 2 features a number of potions. These consumable items are often crafted by players to grant effects with a limited duration. Some potions, called tonics, change a character's appearance. Particularly rare tonics can be used an unlimited numbed of times -- allowing players to have unique and interesting appearances that show off their dedication to unlocking certain achievements or working hard to collect rare materials.

The account bound Selfless Potion is among the most sought after tonics. Until recently, however, it was practically impossible to get. In this short GW2 guide, we'll go over the origin of the Selfless Potion, and how you can acquire it in-game today.

The Selfless Potion, which gives characters a halo upon use, was introduced during a special weekend event way back in September 2015. The event was tied to the ongoing Living World story at the time, and centered on minions of the Elder Dragon Mordremoth invading various zones of the game leading up to the release of Guild Wars 2: Heart of Thorns the following month.

From September 10-14 of 2015, players that battled these invasions were awarded a type of currency called Mordrem Blooms. These could be traded in at a Mordrem Researcher NPC for various items, including the Selfless Potion.

While the Mordrem Researcher at the Durmand Priory is still present in game, the Mordrem Blooms are account bound. This means that only players who were present for the original event and did not spend their Mordrem Blooms can acquire the Selfless Potion from this vendor. New players, and those that did not participate in the event, were unfortunately left out. But now, there's another way to acquire this halo-granting tonic. 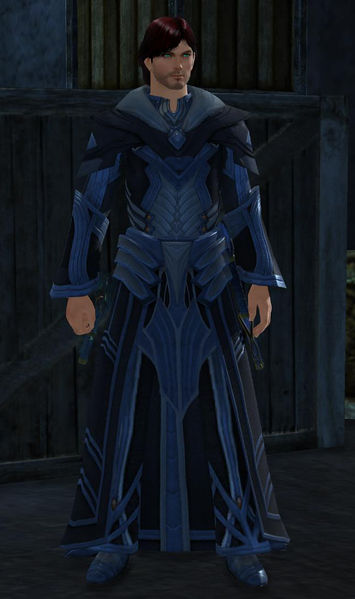 How to Get the New Selfless Potion in GW2

Enter the Season 1 Memory Boxes introduced in the Gem Store. These blind boxes are purchased using the paid currency of Guild Wars 2 -- gems. 200 gems gets one box, with a bundle of ten boxes available for 1,500 gems. 800 gems cost $10, but gems can also be purchased using in-game gold at a rate determined by the current market.

At the time of writing, it would cost about 65 gold to purchase one Memory Box. The box does offer a way to get a number of older armor and weapon skins or special items directly. However, the Selfless Potion is not one of them. Getting that requires an extra step.

One possible reward from the Memory Box is a type of item called Black Lion Commemorative Sprockets. These are common drops for the box, appearing in quantities of one to four. Double-clicking them on the inventory screen will open a window allowing players to exchange sprockets for items with varying costs. The Selfless Potion requires ten sprockets to purchase. The item itself is still account bound, which means it cannot be sold on the in-game trading post. Players that want the potion can only get it from the new box.

Good luck on your rolls with the Memory Box! If you need help acquiring other items in the game, check out the rest of our Guild Wars 2 guides for everything you need to know.